Artificial intelligence has seeped into many creative trades — from urban planning to translations to painting. The latest: visualizations in journalism.

Why it matters: Computers are getting better at doing what humans can do, including creating art from scratch. But design is much more than mashing together some known shapes on top of a color background.

Case in point: Brian Rumao, managing director at Next Play Ventures, posted a sample on Twitter using an AI image generation tool from Open AI called Dall-E 2 to try to reproduce a couple Axios visuals, to some success (see sample below). 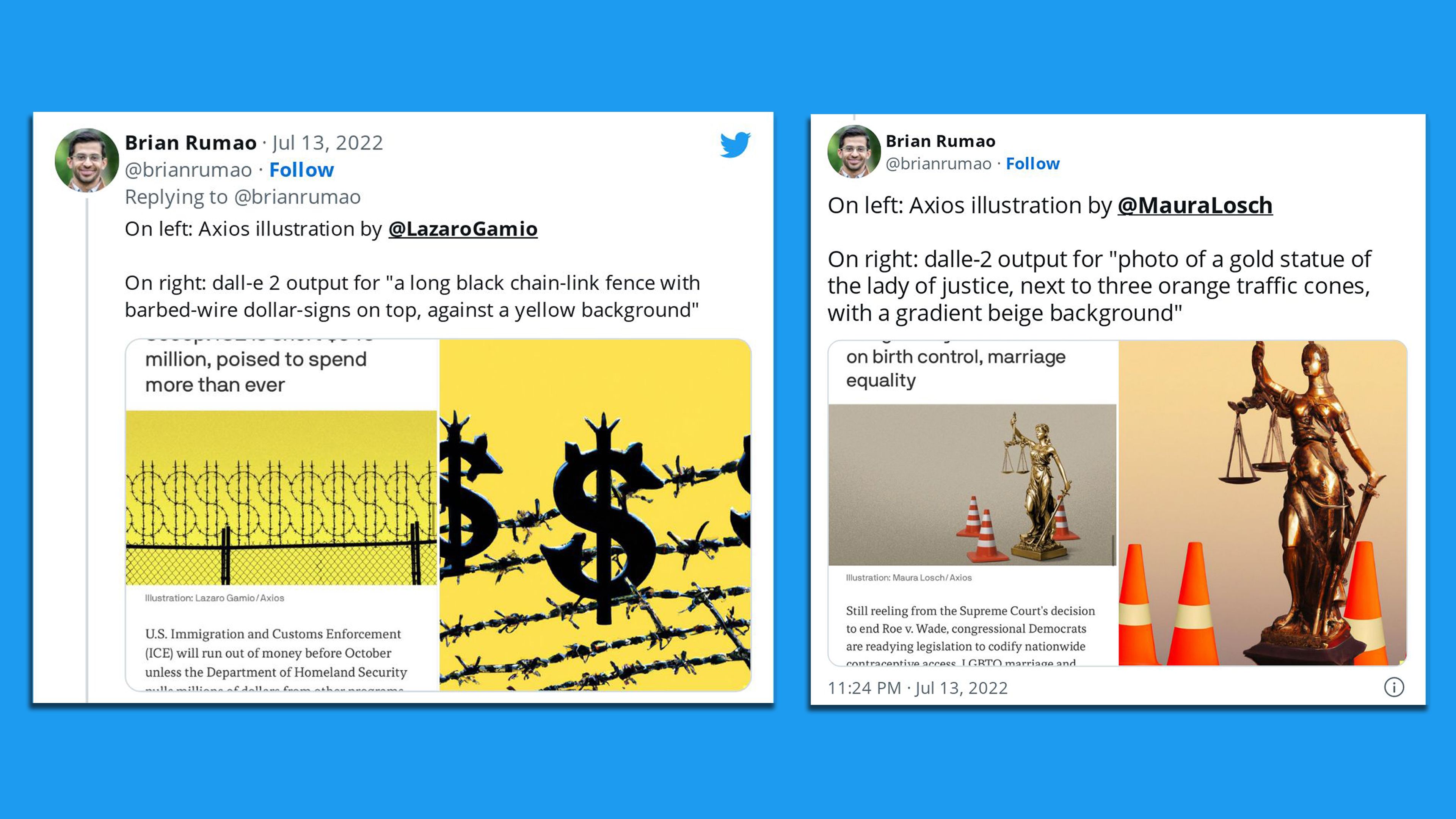 The post generated a lot of internal discussion among the 23 visual journalists at Axios.

The big picture: Digital art generated from new AI systems like Midjourney and OpenAI’s Dall-E 2 have prompted a lot of newsroom discussions, especially as the Dall-E 2 website explicitly mentions using the tool to generate newsletter art.

How it works: At Axios, illustrators begin by pinpointing key ideas from a story.

An example: A story about two health care startups merging might prompt an illustrator to depict “digital,” “health” and “merger” — the key elements of the story — using symbols that represent each.

One issue is that AI technology can be prone to encoded biases. While people also are influenced by their biases, they can take steps to overcome these.

What to watch: For now, AI like Dall-E 2 is incapable of replicating the creative problem-solving process required to create successful editorial illustrations.

Source: https://www.axios.com/2022/08/10/artificial-intelligence-digital-art-journalism
Droolin’ Dog sniffed out this story and shared it with you.
The Article Was Written/Published By: Hope King