A major winter storm was lashing much of the East Coast on Sunday, causing widespread power outages and disrupting travel over the holiday weekend.

The latest: Extremely high wind gusts over 60 miles per hour were recorded in parts of the East cost Monday morning, and more than 129,200 customers from New York to Georgia were still without power, according to estimates from PowerOutage.us.

The big picture: Heavy snow and ice accumulations were “likely to produce hazardous travel,” downed trees and more outages from the Mid-South to the Northeast, per the National Weather Service. Some parts of the U.S. can expect to see up to a foot of snow through Monday.

Here is a large-scale satellite view of the powerful storm system impacting the eastern US (the same one which resulted in the storms earlier over South Florida).

For those of you (fellow) weather nerds this is a fairly textbook mid-latitude cyclone presentation.

By the numbers: Over 3o,000 customers were without power in South Carolina and another 29,000-plus had no electricity in North Carolina on Monday morning.

Threat level: “Heaviest snow is expected along and just west of the Appalachians, and the most damaging icing is likely across parts of North Carolina,” the NWS said.

Arctic air already in place across the central and eastern U.S. will work in concert with this dynamic system to deliver a wide swath of more than a foot of heavy snow northward across the upper Ohio Valley through the lower Great Lakes, as the storm center is forecast to track up the interior section of the East Coast through Monday.
“Closer to the track of the storm center, snow that initially falls is expected to change over to a period of sleet and/or freezing rain before changing over to plain rain across interior Mid-Atlantic and up through the lower elevations of New England.”
NWS outlook

Meanwhile, weather agency Environment Canada warned 8-16 inches of snow could fall on Monday morning over parts of southern and eastern Ontario, near the border with the U.S.

In photos: Scenes from monster storm 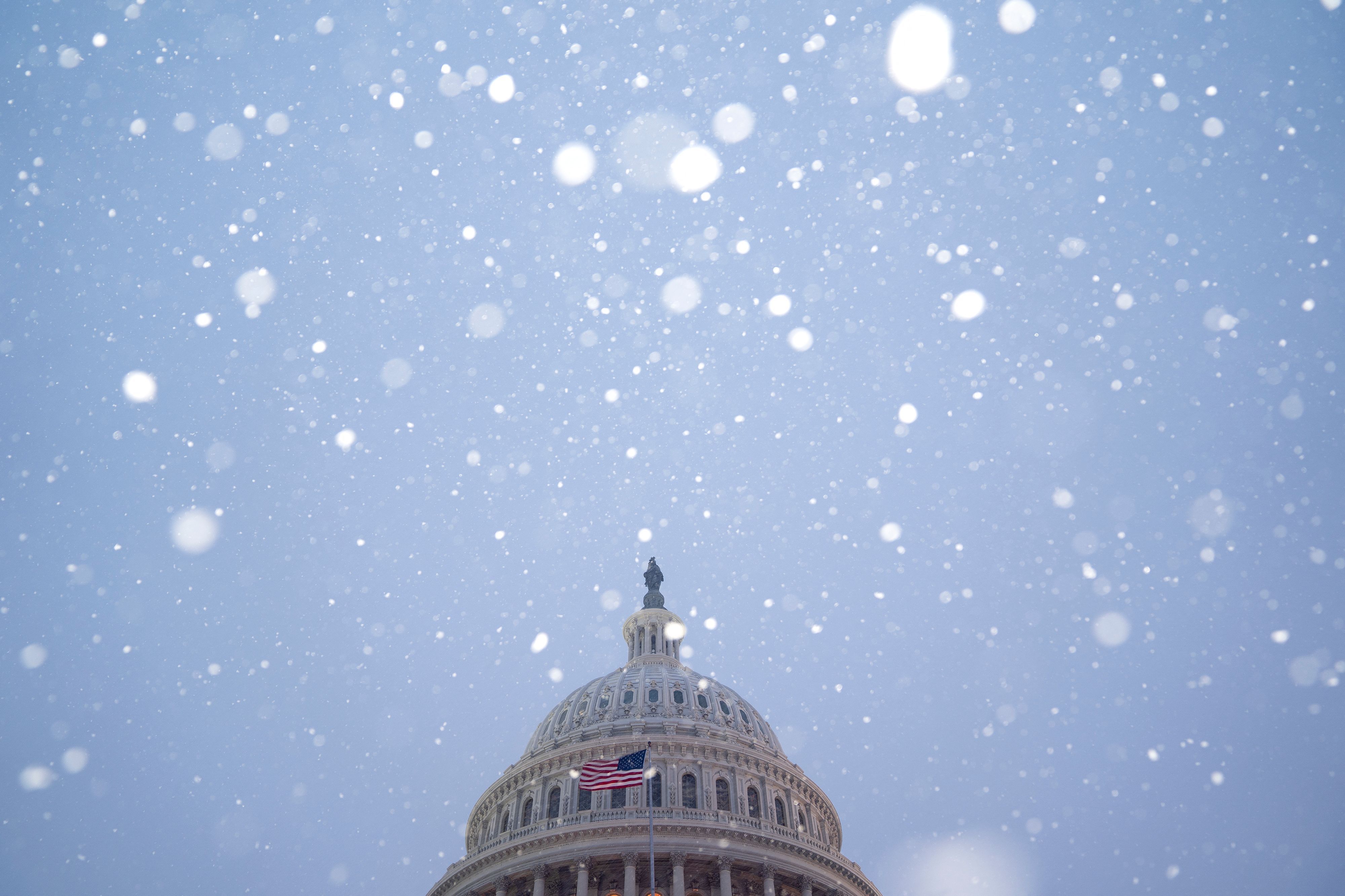 The U.S. Capitol dome during a snowstorm on Jan. 16. Photo: Stefani Reynolds/AFP via Getty Images 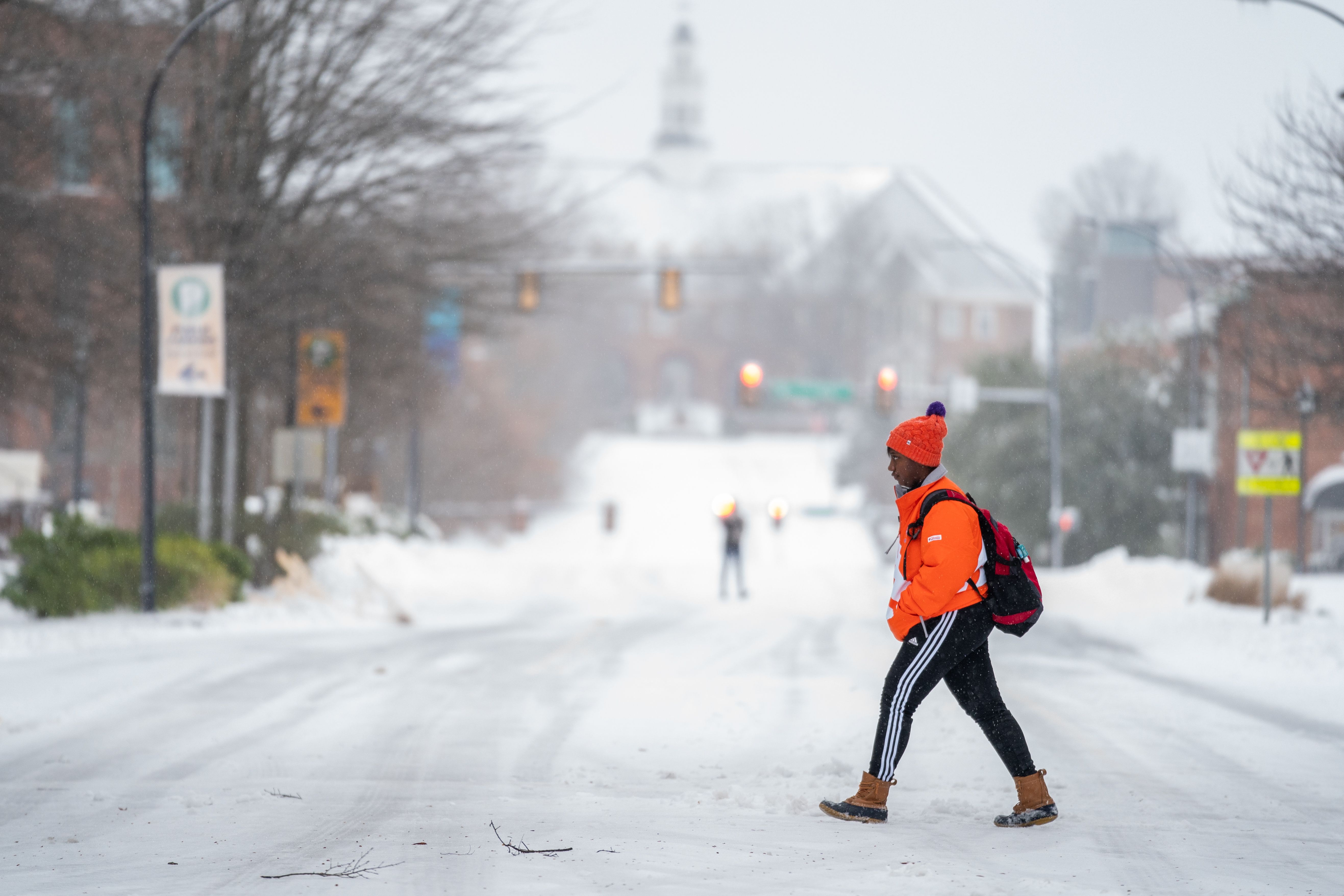 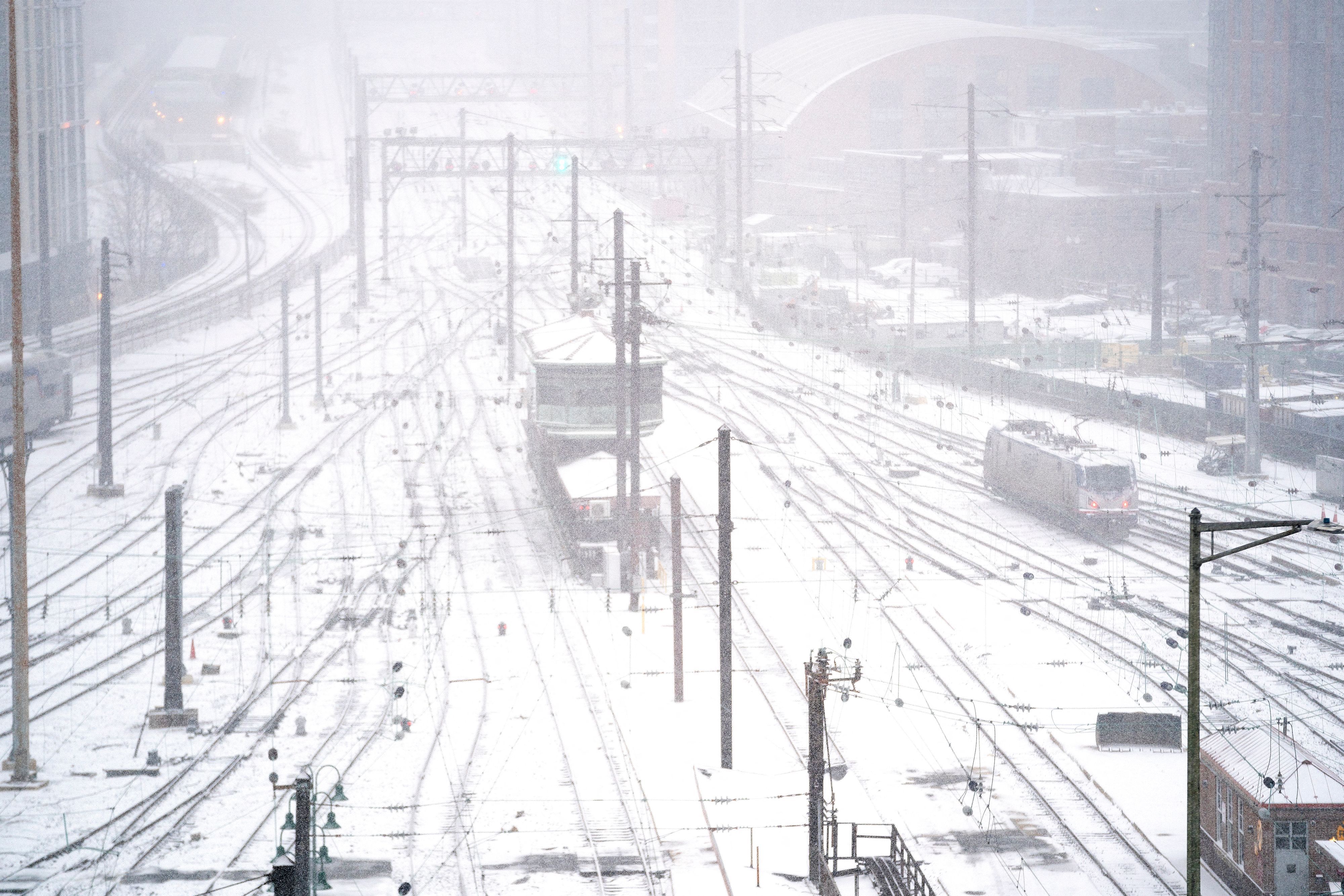 An Amtrak train engine moves along tracks in the train yard at Union Station in Washington, D.C. Photo: Stefani Reynolds/AFP via Getty Images 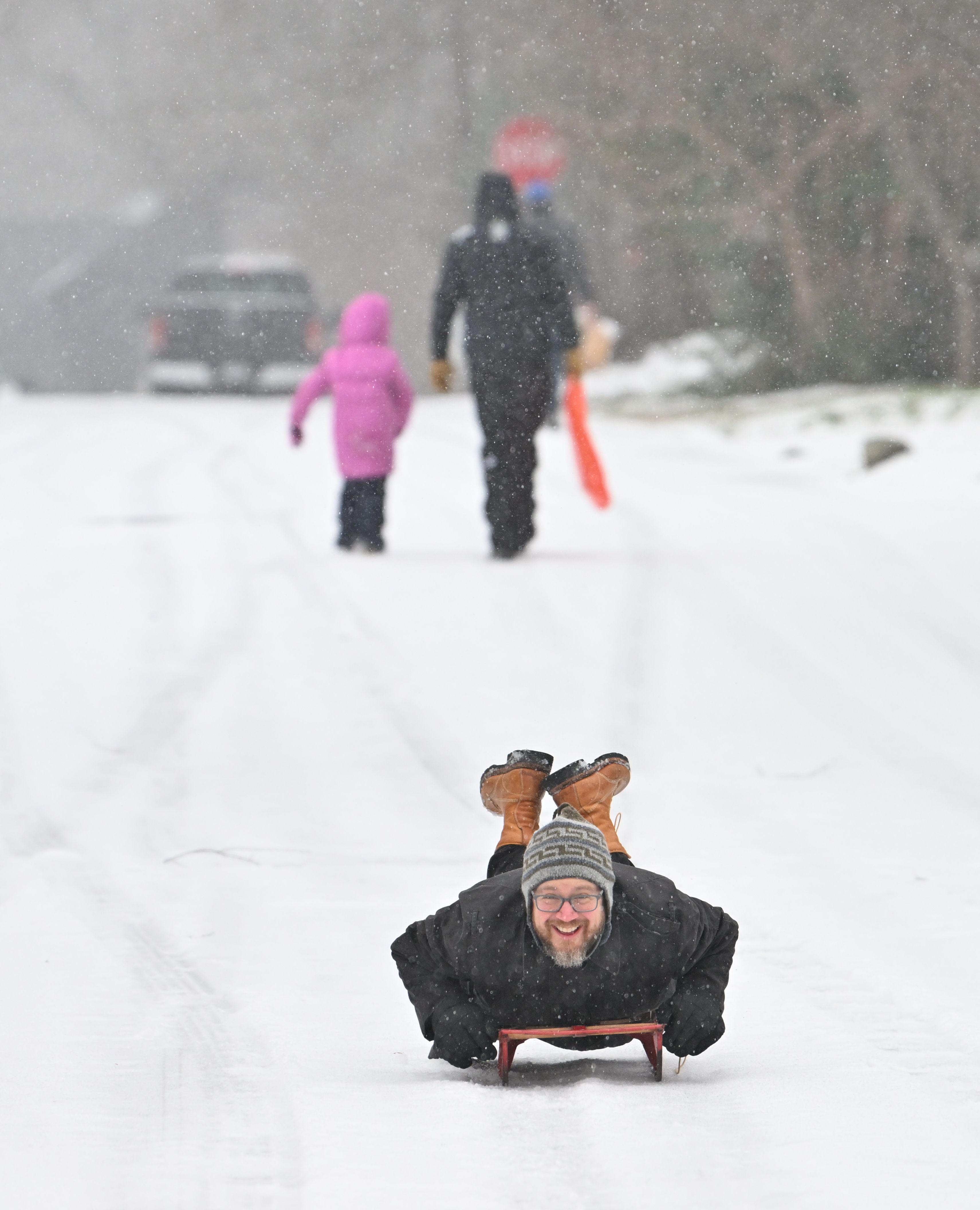 Scenes from Charlotte, where the wintry conditions were still fun for some on Jan. 16. Photo: Peter Zay/Anadolu Agency via Getty Images

Editor’s note: This article has been updated with details of flight cancellations, power outages and Canada’s forecast.

Source: https://www.axios.com/winter-storm-us-east-coast-power-outages-84d88484-3b7d-4c7c-86a0-a84a91b25e53.html
Droolin’ Dog sniffed out this story and shared it with you.
The Article Was Written/Published By: Rebecca Falconer