In the two months since signing the $1 trillion infrastructure bill into law, President Biden has by almost every measure bombed big time on the things that matter most.

The big picture: Biden, who marks one year in office next Thursday, has never been less popular nationally, after personally lobbying his party and the public on Build Back Better and voting rights — and failing.

Why it matters: Biden is on the verge of losing two big fights of his choosing — with his party controlling both ends of Pennsylvania Avenue.

The latest: Yesterday was the third time in 3½ months Biden made an in-person trip to the Hill — and the third time he walked away having failed to persuade his party to back his plans.

Biden aides point out he passed bigger legislation than any president in history, with a signing ceremony for infrastructure just two months ago. 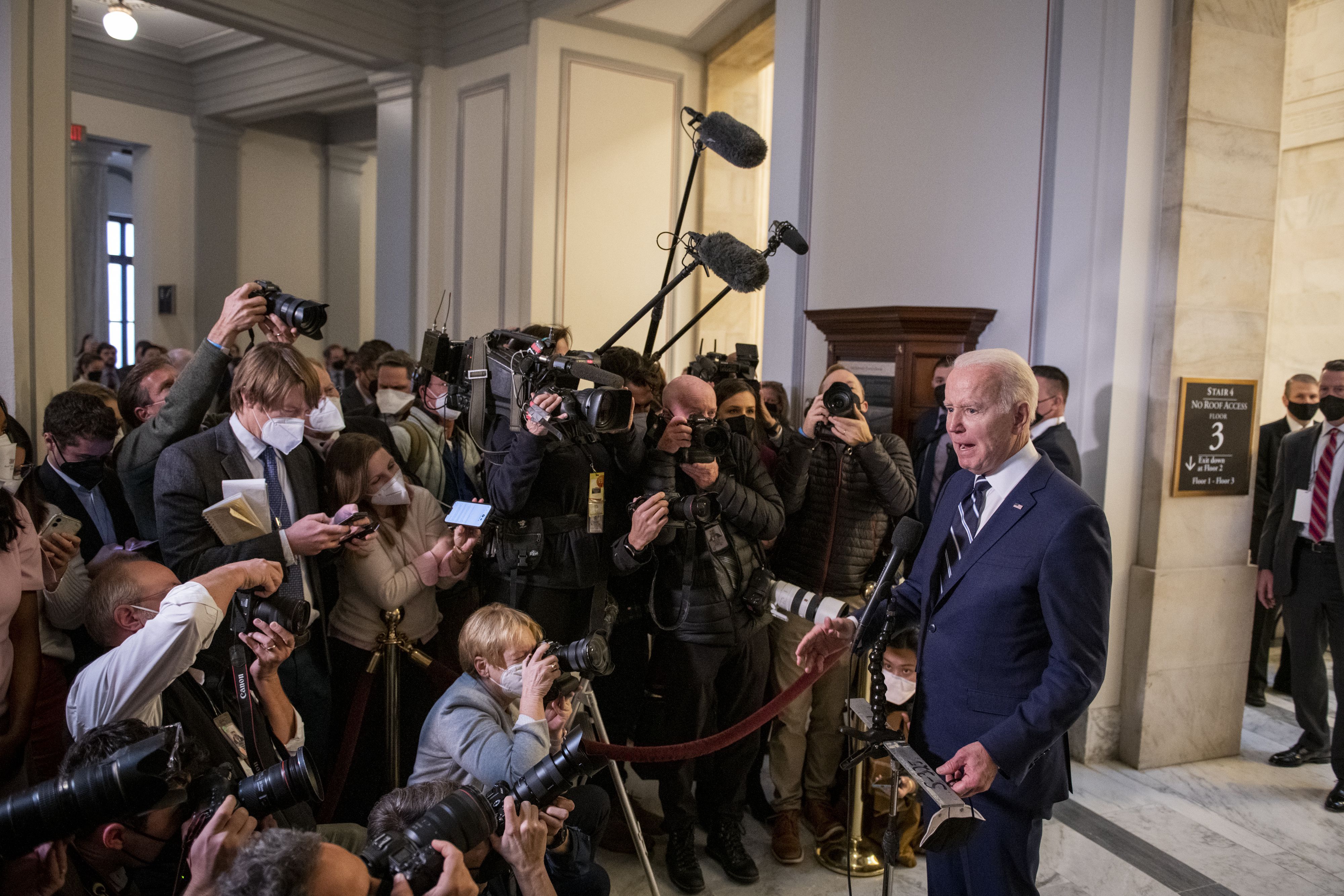 The bottom line: Build Back Better was supposed to be Biden’s FDR moment. Voting rights could have been his LBJ moment. Instead, he’s likely to end Year 1 with neither.

Source: https://www.axios.com/biden-agenda-failure-democrats-47947ce1-91b8-45e0-952f-4598fbda1789.html
Droolin’ Dog sniffed out this story and shared it with you.
The Article Was Written/Published By: Mike Allen