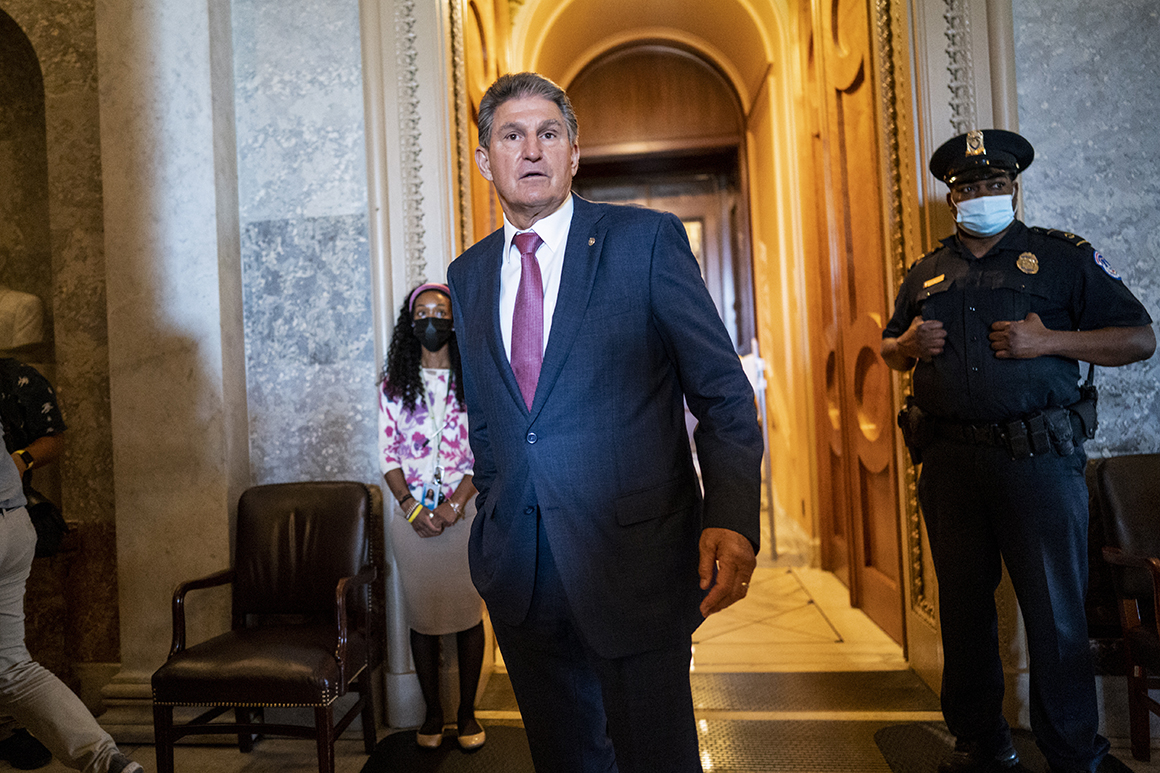 Sen. Joe Manchin would not guarantee Sunday that a Democratic-led reconciliation package would garner the necessary votes for passage, even as he predicted the bipartisan infrastructure package would pass the Senate this week.

“I can’t really guarantee anybody,” the moderate Democratic senator from West Virginia said on CNN. “And I have not guaranteed anybody on any of these pieces of legislation. Would we like to do more? Yes, you can do what you can pay for. This is paid for, our infrastructure bill is all paid for.”

Manchin called for looking at the reconciliation package — which is expected to tackle social programs and “human” infrastructure — through the same lens.

“As far as reconciliation goes, it should be looked at the same,” Manchin said. “That’s why I said we’re going to get the budget resolution. Let’s start the process and then see where it goes.”

Manchin also said he expected the text of the bipartisan bill would be released Sunday, and that senators would start the amendment process on the bill by Monday.

“We should finish up by Thursday, I hope,” he said, before telling “State of the Union” host Jake Tapper he believed the bill would pass.

The bipartisan measure includes $550 billion in new spending for roads, bridges, public transit and broadband, and garnered Republican support last week during a procedural vote to move forward on the measure.

But Speaker Nancy Pelosi has made clear she will not hold a vote on the bill in the House until the Democrat-led $3.5 trillion budget reconciliation bill passes the Senate. Sen. Kyrsten Sinema, a moderate Democrat from Arizona, has already indicated she’d like to pare down the package’s cost, angering progressives in the House.

Manchin on Sunday reiterated his own concerns over debt and inflation, and said he wanted to see the pay-fors for the reconciliation measure when asked if he’d like to see a smaller price tag.

“Someone should be concerned about getting your financial house in order,” he said. “So, I’m worried about that. I’m worried about inflation. But, with that, we’re going to pay for it. So, let’s see what the pay-fors — if they’re real.”

“Are we going to go overboard and make ourselves noncompetitive? I wouldn’t be for that,” he added.

Source: https://www.politico.com/news/2021/08/01/manchin-reconciliation-package-501975
Droolin’ Dog sniffed out this story and shared it with you.
The Article Was Written/Published By: Kelsey Tamborrino