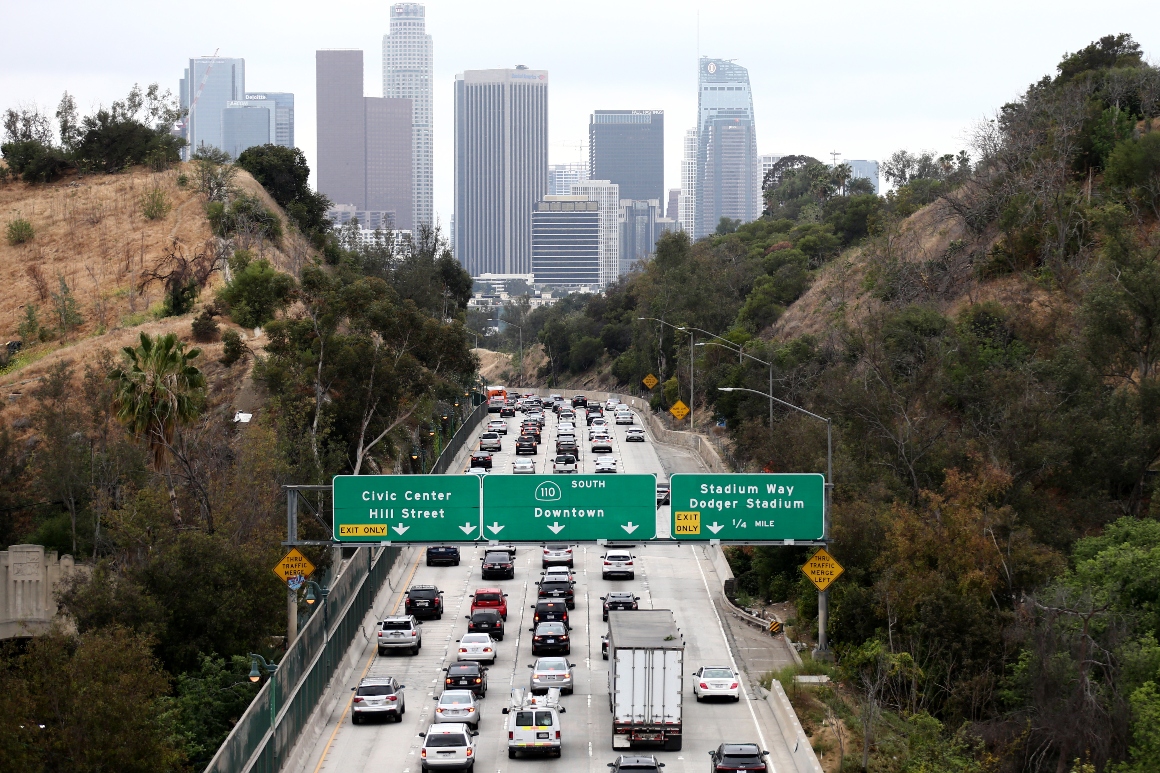 House Democrats are trying to use a massive climate and infrastructure bill to change how Americans get around — by breaking states’ decades-old fondness for building highways.

Legislation the House passed this month is the biggest advance yet in Democrats’ efforts to bake climate policies into transportation, addressing the largest single contributor to the United States’ greenhouse gas output. It would also represent an historic shift away from the roads-first approach to federal transportation spending that has reigned since Dwight Eisenhower created the Interstate Highway System.

But the bill is riling up opposition from two potential allies of the Democrats’ big-spending infrastructure initiatives: state transportation departments and the road-building lobby. That creates an awkward dynamic for supporters of the House bill, which faces a perilous path through the evenly divided Senate.

“There are 50 different states with 50 different sets of transportation challenges. What is right for one may not be right for another,” said Dave Bauer, CEO of the American Road & Transportation Builders Association, which supports many of the bill’s provisions and principles. “It’s really hard to determine that five years at a time from Washington, D.C.”

The bill’s supporters say the old system is unsustainable.

“We have to begin to look at alternatives,” House Transportation Chair and bill sponsor Peter DeFazio (D-Ore.) told POLITICO in the run-up to the bill’s passage in June. “You can’t pave over the whole country.”

The bill, H.R. 3684 (117), would erect new bureaucratic hurdles for states seeking to spend federal money on laying asphalt, while steering them to more climate-friendly options like transit. It also would give cities more power over selecting and funding transportation projects — boosting the leverage of Democratic-led enclaves in red states such as Texas, where Houston is engaged in a high-profile fight with the state’s DOT over a highway expansion local pols don’t want.

The bill is, for now, is separate from a compromise infrastructure bill backed by the Biden administration and key GOP senators, which would provide $579 billion in new spending, as well as a $3.5 trillion go-it-alone proposal that Democrats hope to approve by party-line votes. These chess pieces are separate for now, but portions of all three could end up blended together into whatever Congress ends up enacting.

DeFazio said state DOTs have reflexively built highways instead of looking at other alternatives — a habit that needs to change. As a rare exception, he pointed to Virginia’s efforts to expand passenger rail service to combat perennially snarled traffic on Interstate 95.

“I’m not saying you can’t ever add [highway] capacity. But I’m saying first you have to look at the range of alternatives,” DeFazio said.

A sea of highways

States have tended to use one primary strategy to tackle congestion: adding new highways or expanding existing ones.

Urban planners and transportation researchers say it’s impossible to pave the way to free-flowing traffic. In fact, they say new lanes often increase congestion, a phenomenon that economists call induced demand, in which creating a greater supply of something just makes people want to use it more. And more traffic brings more pollution. A recent study by the Rocky Mountain Institute, a sustainability research organization, found that Colorado’s plans to add 200 new lane-miles over the next decade would have the same impact on carbon emissions as adding 70,000 cars to the roads.

The Democrats’ bill won’t be able to undo decades of feverish highway building overnight, but its backers say it represents a huge shift in mindset.

The bill, called the INVEST in America Act, would set limits on how states use money from one of the biggest pots of federal highway cash, the National Highway Performance Program, by requiring them to consider whether an “operational improvement or transit project” would be more cost-effective than expanding capacity for single-occupancy vehicles.

As part of that analysis, states would also have to consider the cost to maintain a project that would increase highway capacity, and prove that their modeling of travel demand has a documented record of accuracy.

It would also give more money and power to cities by granting them more authority over project selection and access to funds previously reserved for states. For example, the bill would require states to give local governments more money through an existing block grant fund than is the case at present, and create a new pot of money to go directly to Metropolitan Planning Organizations.

“These changes represent a long-needed shift to ensure that the federal transportation program enhances, rather than undermines, safety and sustainability efforts at the local level,” said Corinne Kisner, executive director of the National Association of City Transportation Officials.

It would also force states to spend a higher proportion of their federal funds on bridges, intended as another way of ensuring they repair existing infrastructure before building anew.

The bill would probably force the greatest changes in red states, which spend proportionally more than blue states do on building new highway capacity, according to data tabulated by the pro-transit group Transportation for America from 2009 to 2014, the most recent available. Mississippi topped the list.

Exceptions exist, though: Republican-led Nebraska spent vastly more on repairs than new highways in those same years. And some Democrat-led states, such as Washington, have often shunned critical highway repairs, contributing to the wear that lawmakers say they want to fix.

States cool to the idea

The trade group that represents state DOTs in Washington responded to the bill with a carefully worded statement that praised the legislation’s policy goals but said the best way to meet them is by giving states more, not less, flexibility.

“We very much appreciate that the House bill addresses so many important priorities —including equity, greenhouse gas reduction, resilience, [electric vehicle] charging, and more,” said the statement from Jim Tymon, executive director of the American Association of State Highway and Transportation Officials. “We firmly believe that if the federal program can provide maximum flexibility rather than prescriptive requirements, states can deliver the policy outcomes envisioned by the House while also advancing each state’s own unique priorities.”

The group Associated General Contractors of America took a harder tone, warning in a letter last week that “restrictions on states to build new highway capacity would have a negative economic effect on the roadway construction industry,” particularly small firms.

But some policy veterans, such as former Massachusetts Secretary of Transportation Jim Aloisi, the effort doesn’t go far enough.

“Federal largesse has been responsible in large part for the automobility-centric society that we have today that most of us understand is not sustainable,” Aloisi said in an interview. “And what Congress giveth, Congress can reduce or take away. For me, the House bill represents, to be perfectly candid, a modest effort, almost a timid effort in the right direction.”

The House bill’s odds for success become more fraught in the Senate, where lawmakers will have to combine it with either its Senate committee counterpart or with the massive bipartisan infrastructure package that President Joe Biden supports.

Both the Senate bill and the larger infrastructure proposal would pump money into state DOTs with minimal restrictions on what they do with it — largely maintaining a highway-friendly status quo.

Even if the House proposal becomes law, state transportation agencies are probably already figuring out how to continue funding their traditional priorities as if nothing had changed, Aloisi said.

“State DOTs across the board will be very good, and their private allies and supporters, at figuring out how to navigate their way through the language that the House passed,” he said, adding that there are likely already “consultants working overtime.”

But he said changing the states’ ways is a necessary goal and praised Congress for starting to try.

“I think the federal government has every right to say look, it’s our money, and we are now in the process of redirecting and transitioning from a 1950s approach to something that more clearly reflects not just the moment, but the future,” Aloisi said.

Source: https://www.politico.com/news/2021/07/18/democrats-states-highways-transportation-499906
Droolin’ Dog sniffed out this story and shared it with you.
The Article Was Written/Published By: Sam Mintz