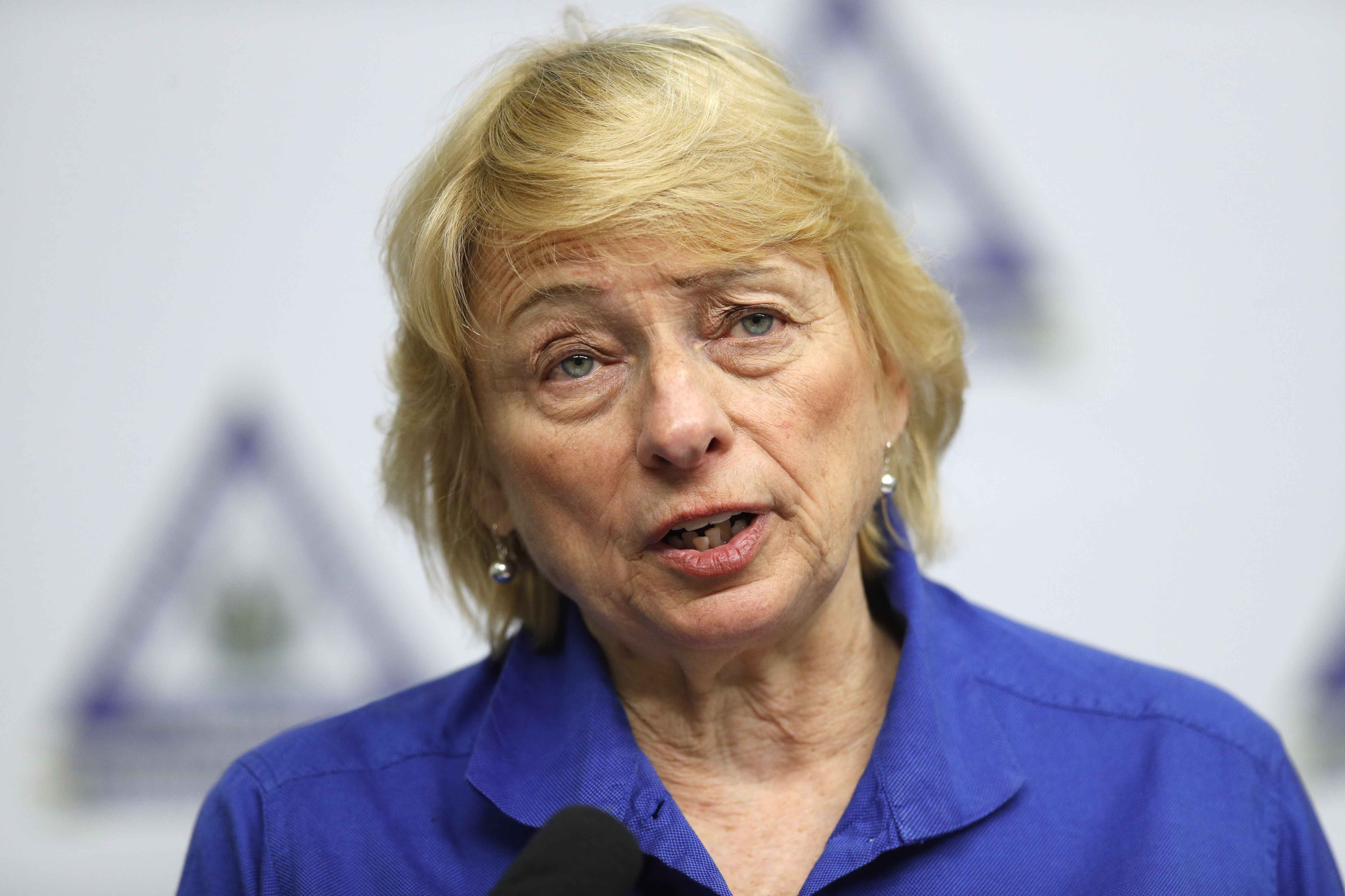 Maine Gov. Janet Mills has just one day to decide if her state will become the first in the nation to decriminalize prostitution, a move intended to help those trapped in the sex trade.

The legislation, if enacted, would add momentum to a nationwide lobbying campaign that is pushing states to combat commercial sexual exploitation by reducing penalties for those who sell sex — and increasing punishment for people purchasing sex. The bill, which Mills is facing a deadline to act on by Wednesday, would become law two months after Manhattan District Attorney Cy Vance ordered a halt to prosecution of prostitution offenses and as state lawmakers across the country consider similar moves.

The Maine legislation follows an “equality” model that decriminalizes offenses committed by people who have been sold into the sex trade, instead providing them with social services as well as career and education opportunities. At the same time, proponents of this approach also want to see pimps and traffickers held more accountable.

This strategy has been boosted by a shift in the way the public thinks about the realities of sex trafficking, the result of years of work by advocates for the victims and lawmakers focused on dispelling myths about sex trafficking.

“This is not simply about one specific state, but I think it is about nationally how we understand the issue of sexual exploitation and sexual violence,” Esperanza Fonseca, a sex trafficking survivor who now works as an advocate with World Without Exploitation, said. “Right now, across the country, we either consider people in prostitution as criminals or we sort of consider them as free agents and don’t offer them any services or help.”

“If this passes,” she added, “then it would be a huge victory for our movement and would help set the tone for the rest of the country on how to deal with this enormous problem.”

But Mills, a Democrat, could by swayed by opposition to the bill by a local organization that opposes the legislation over concerns that pimps could take advantage of the new system.

Yet advocates for the model maintain that decriminalization is the solution. Sex trafficking victims are afraid of being caught by law enforcement and facing criminal punishment, leaving them trapped in dangerous and abusive situations, they say. Decriminalizing prostitution charges is key to reducing stigma and helping participants feel safe to come forward, they argue. Their work relies on an important education piece on who is disproportionately caught up in sex trafficking: women and girls with low income, immigrants and members of the LGBTQ community.

“When I talk about this with people, they ask me, ‘Do I have to worry about my kid being snatched up?’” said Lauren Hersh, a former prosecutor in New York turned anti-trafficking activist. “Sex trafficking happens because a person is mostly vulnerable, they get preyed on by a pimp or trafficker and essentially coerced into the sex trade with promises of a better life.”

Hawaii last week enacted a law that doesn’t go as far as the Maine bill, but some proponents still consider it progress. The legislation removes the statue of limitations for sex trafficking, a timeframe that was previously six years. It also decouples sex buyers from people selling sex; previously, they were conflated and alleged offenders could be found guilty of the same crime.

“This law is really a landmark piece of legislation in that it shifts the ideology,” said Khara Jabola-Carolus, executive director of the Hawaii State Commission on the Status of Women, a statewide feminist agency. “The whole framework is turned on its head — instead of women and LBGTQ people being blamed for prostitution, it sees the issue as women and LGBTQ people being exploited based on their marginalization.”

With the Hawaii law on the books, anticipation is building among supporters of the change for Mills to act in Maine. The state is a trafficking hub: People within Maine are recruited, often from rural areas, and transported to major cities like New York and Boston, according to Nate Walsh, a Maine prosecutor who helped write the legislation.

Throughout his career, Walsh found the threat of prosecution wasn’t the best approach to compelling those brought in on prostitution charges to cooperate with law enforcement. That’s why he began advocating for more compassionate treatment of victims.

“You’re really trying to reduce trauma and reduce harm to these people who are victims,” he said.

Under the bill, soliciting a minor to engage in prostitution would be upgraded from a misdemeanor to a felony. It would also seal records for those convicted of prostitution charges and repeal criminal penalties for trafficking victims, as well as create a working group to explore what services should be provided to survivors.

“We’re trying to make sure that past convictions don’t make life impossible for people who formally engage in this activity mostly for survival up here,” said state Rep. Lois Galgay Reckitt, a Democrat who is the bill’s sponsor.

“I see this bill as a quintessential anti-trafficking bill,” she said. “I think that it will discourage trafficking in the extreme.”

Similar legislation has been introduced in New York, Massachusetts, Connecticut and Louisiana, but so far hasn’t advanced.

Not everyone in Maine is on board. Dee Clarke, a trafficking survivor and founder of local anti-trafficking group Survivor Speak USA, called it a “bad bill.”

“It is more harmful for our youth to do so,” Clarke said of decriminalizing prostitution. “To think the state of Maine has tried to protect youth from being preyed on, exploited and trafficked until the person is 18. Traffickers are cunning and strategic. They will use decriminalization of engaging in prostitution to their advantage.”

The rift within Maine is indicative of the deep divisions among sex trade groups on the right approach to dealing with the underground network. Some advocates for sex workers are staunch supporters of full decriminalization of both sex sellers and buyers, while others may want to keep prostitution penalties in place and focus on offering more help to those in need.

“The sex trade is very complex,” said Cristiano Eduardo, a survivor and anti-trafficking advocate. “It’s not about hearing one voice, it’s about hearing the whole community.”

Source: https://www.politico.com/news/2021/06/29/maine-prostitution-decriminalization-496874
Droolin’ Dog sniffed out this story and shared it with you.
The Article Was Written/Published By: Liz Crampton