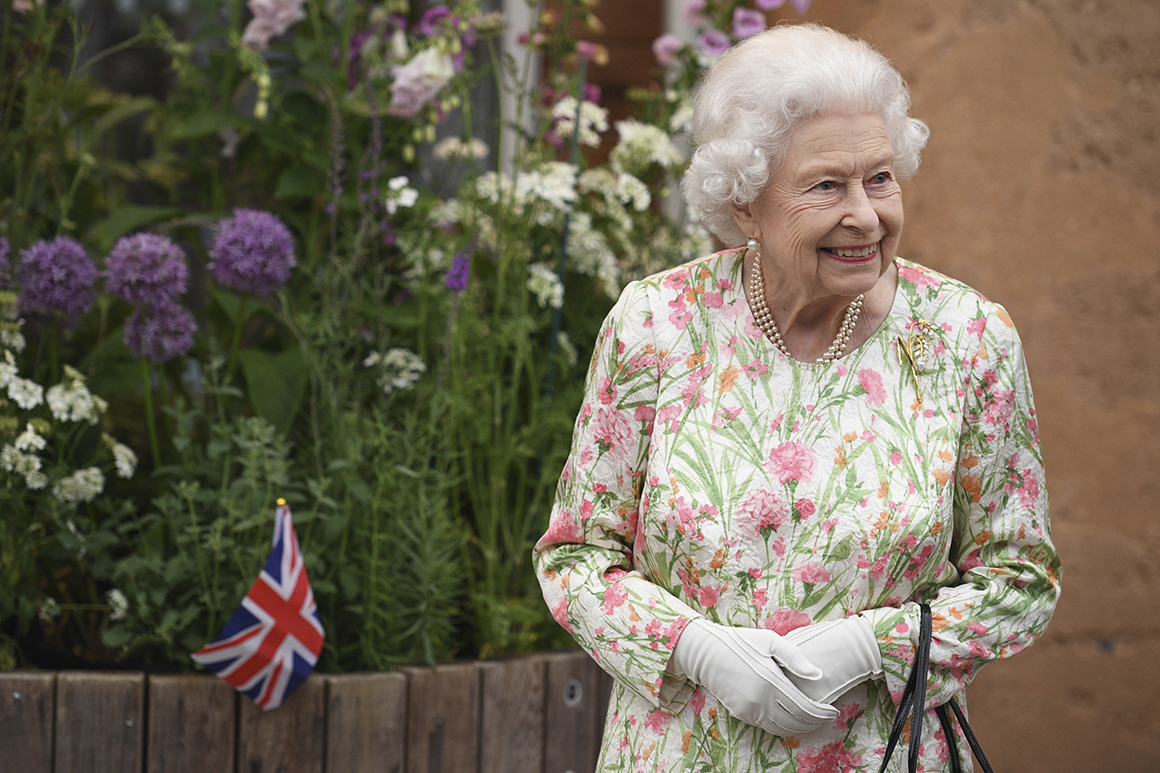 ST. IVES, England — President Joe Biden built his political brand on being part of a working class family from a former coal town in the hills of northeastern Pennsylvania.

On Sunday, Joe from Scranton meets with the queen.

Biden — alongside his wife, first lady Jill Biden, a community college teacher — will have tea at Windsor Castle with Queen Elizabeth II, the British monarch who has reigned for more than 60 years, before he departs the United Kingdom.

It’s a presidential rite of passage. Queen Elizabeth, 95, has met every American president since World War II, with the exception of Lyndon Johnson. Biden is the first in two decades, though, to come from what he’s described as hardscrabble roots.

“It’s a mighty long ride from being Scranton Joe the Amtrak commuter to dining… with Queen Elizabeth but they’ll get along fabulously,” presidential historian Douglas Brinkley said. “The wonderful thing about Biden is that he is comfortable with himself in any setting.”

Brinkley said Biden will go out of his way to follow the correct protocols and manners. “Protocol is our current president’s modus operandi,” he said.

Biden and the queen have met at least once before, back in 1982, when he was serving as a Democratic senator from Delaware, the state his family moved to when he was 10.

The visit on Sunday — which is expected to include an arrival ceremony with a review of troops and the playing of the two countries’ national anthems — comes three days after what would have been the queen’s late husband’s 100th birthday. Prince Philip, the duke of Edinburgh, died two months ago at the age of 99. It will mark the queen’s first in-person meeting with a head of state since his death.

But in the U.K., the media has focused more on Biden’s Irish Roman Catholic heritage than on the queen’s lingering grief or the president’s more modest beginnings. There has been speculation that Biden’s faith might impact relations with the queen given that Brexit, which Biden opposed, could jeopardize the peace process in Northern Ireland.

“This is more a foreign policy moment than a class moment; as with so much else in the Biden presidency, it might have been different even 20 years ago, but the Irishness has been muted by the burdens of being president in 2021,” a Biden adviser said. “He will doubtless console her on the loss of Philip, but the real question for Elizabeth’s nation is how to deal with the same kind of forces we are facing — Brexit in their case, Trumpism in ours.”

Biden has experienced grief in his own life, suffering two losses decades apart. His first wife and baby daughter died in a car crash in 1972 and one of his adult sons, Beau, died in 2015, of brain cancer. He often seeks out those who have suffered loss to console them.

“There will come a day, I promise you, when the thought of your son, or daughter, or your wife or your husband, brings a smile to your lips before it brings a tear to your eye,” he says repeatedly when he speaks to those who have lost someone. “It will happen. My prayer for you is that day will come sooner than later.”

On Thursday, on what would have been the prince’s birthday, Biden recognized the occasion before giving a speech on the Covid vaccination campaign.

“I want to express our condolences on behalf of Jill and I to her majesty, Queen Elizabeth II, the entire royal family, and the people of the United Kingdom,” he said “Today would have been Prince Philip’s 100th birthday, and I know there are a lot of people feeling his absence today.”

Two days later, the United Kingdom celebrated the queen’s birthday, a date Secretary of State Antony Blinken marked in a statement. “Queen Elizabeth’s lifetime of leadership and dedication to service is an example for all nations. Under her stewardship, the United Kingdom has withstood great challenges and enjoyed long standing stability.”

Biden traveled to Europe to attend several meetings — the G-7, NATO and summits with European Union and European Council leaders — in England and Belgium. His final stop will be in Geneva, where he will speak with Russian President Vladimir Putin.

The visit with the queen — a rite of passage for U.S. presidents — will be the most ceremonial of his stops.

“A meeting with the queen is highly sought after by U.S. presidents and Joe Biden is no exception,” said Nile Gardiner, a former adviser to former British Prime Minister Margaret Thatcher, who now serves as director of the Margaret Thatcher Center for Freedom at the conservative Heritage Foundation.

For Biden, sticking to protocols will be one of the main objectives. In 2018, then-President Donald Trump, who bragged about how much fun the queen had with him, was criticized for both walking in front of her and turning his back to her as they reviewed an honor guard.

In 2009, then-first lady Michelle Obama briefly put her arm around the queen’s back as the two shared complaints about their aching feet at a reception for the G-20 group of world leaders in London.

In 2007, then-President George W. Bush misspoke, saying the queen helped the U.S. “celebrate its bicentennial in 17… ” before catching himself, and quickly correcting the date to 1976.

“She gave me a look that only a mother could give a child,” he said at the time.

No such incident occurred when the Bidens saw the queen Friday. She made Biden and other world leaders laugh when posing for a group photo, asking: “Are you supposed to be looking as if you’re enjoying yourself?”

“Yes,” British Prime Minister Boris Johnson replied. “We have been enjoying ourselves in spite of appearances.”

Later, the queen spoke to the Bidens at a reception at Eden Project, an eco-park that proclaims it houses the largest rainforest in captivity. She was joined by her son, Prince Charles and his wife, Camilla, Duchess of Cornwall, and grandson, Prince William and his wife, Kate Middleton, the duchess of Cambridge.

Earlier that day, the first lady and the duchess of Cambridge visited a school to highlight early childhood development programs. It was the first time they had met.

“Joe and I are both looking forward to meeting the queen,” Jill Biden told reporters. “That’s an exciting part of the visit for us. We’ve looked forward to this for weeks and now it’s finally here. It’s a beautiful beginning.”

Source: https://www.politico.com/news/2021/06/13/the-queen-president-joe-biden-493865
Droolin’ Dog sniffed out this story and shared it with you.
The Article Was Written/Published By: Anita Kumar