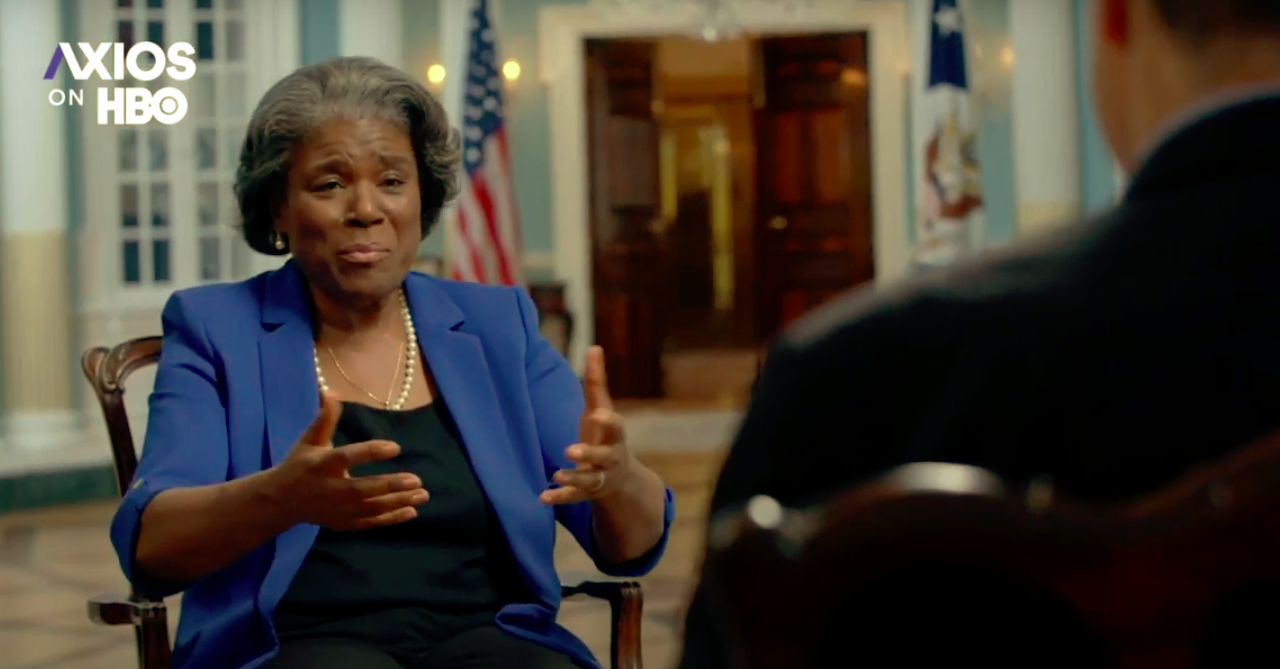 Ambassador Linda Thomas-Greenfield, U.S. ambassador to the U.N., told me on “Axios on HBO” that President Biden will be candid, frank — and tough — during this week’s summit with Russian President Vladimir Putin.

Between the lines: When I asked the ambassador about the risks of Biden’s grand trip, she said: “Look, nothing can go wrong on this trip.”

On the “Do not come” message Vice President Harris gave to would-be migrants during last week’s Latin America swing, Thomas-Greenfield said the vice president was offering “people hope where they live.”

The big picture: Thomas-Greenfield, a career foreign service officer who rose to Assistant Secretary of State for African Affairs before becoming part of Biden’s cabinet, has been drawing attention to the famine in the Tigray region of Ethiopia — the worst on earth in a decade.

Thomas-Greenfield called her work at the U.N. “a treadmill, every single day.”

Go deeper: In the video clip below, the ambassador describes her worldwide adventures with “gumbo diplomacy.”

Source: https://www.axios.com/linda-thomas-greenfield-putin-biden-russia-0e34e875-0d5f-4051-a056-e360723e4678.html
Droolin’ Dog sniffed out this story and shared it with you.
The Article Was Written/Published By: Mike Allen