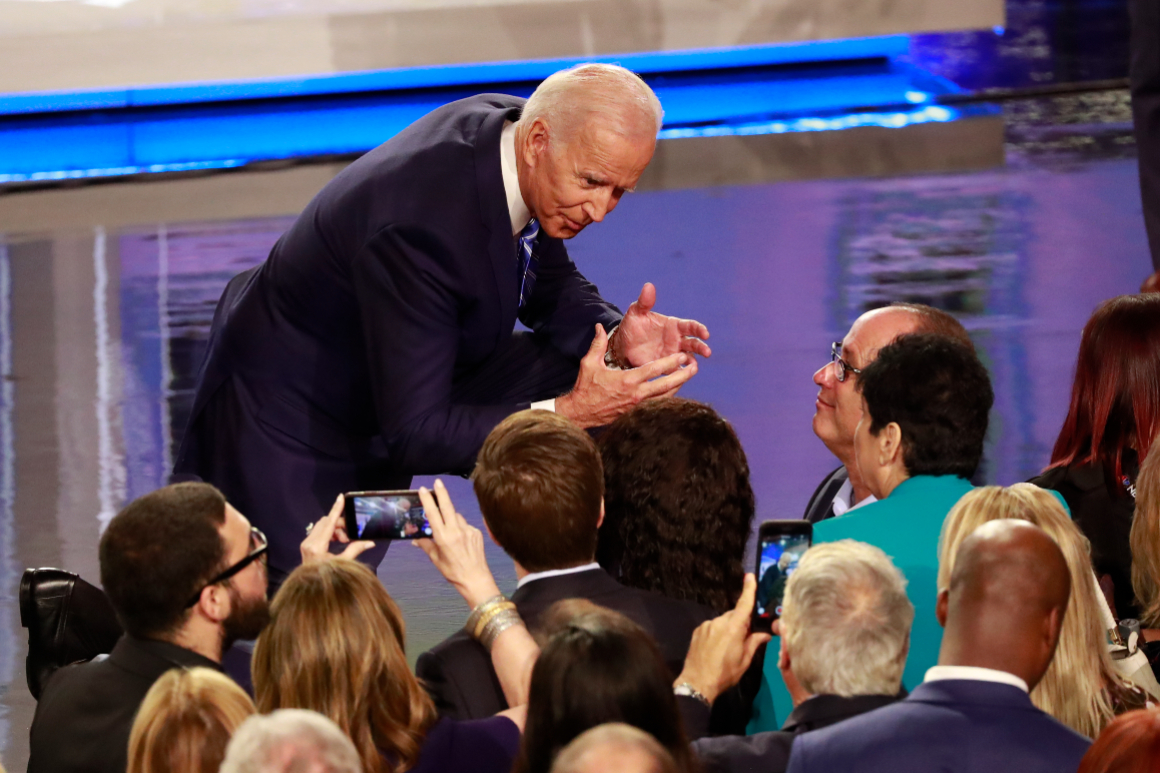 President Joe Biden on Tuesday surprised graduates of Marjory Stoneman Douglas High School with a speech praising their resolve after surviving a mass shooting and the Covid pandemic.

“Three years ago, your lives and the lives of this community changed in an instant. This class lost a piece of its soul,” Biden said in video remarks, referring to the 2018 massacre that killed 17 people and injured 17 others at the Broward County, Fla., high school. “You’ve been tested in ways no young person should ever have to face.”

“From a freshman year, a year of unspeakable loss, to a junior and senior year upended by a pandemic, the story of this class and the Parkland community isn’t just a story of pain. It’s a story of resilience, turning pain to purpose, darkness to light,” the president continued. “This is the legacy you’re building, the legacy you’ll continue to build.”

Student survivors famously became gun control activists in the aftermath of the deadly day, including a confrontation with Sen. Marco Rubio (R-Fla.) during a CNN town hall. Political candidates Mark Kelly and Michael Bloomberg, among others, seized on the disaster in their advocacy. And earlier this year, Rep. Marjorie Taylor Greene (R-Ga.) was criticized for a 2018 video of her confronting Parkland survivor David Hogg on Capitol Hill.

“No graduation class gets to choose the world in which they graduate,” Biden said in the remarks seen Tuesday. “But every once in a while, every few generations, young people come along at a point in history with a chance to make real change. The world has already seen just how capable you are, how strong you are, how resilient you are.”

“There’s no question you’re already changing the world,” the president continued. “I’m so proud of each and every one of you. Because of you, I have never been more optimistic about our future than today.”

In the months after the shooting, there were surges of substance abuse and mental health problems at Marjory Stoneman Douglas, while test scores tanked. And two parents who lost their daughter that day were among many who searched for closure.

Source: https://www.politico.com/news/2021/06/08/biden-speech-parkland-graduation-492359
Droolin’ Dog sniffed out this story and shared it with you.
The Article Was Written/Published By: Colby Bermel