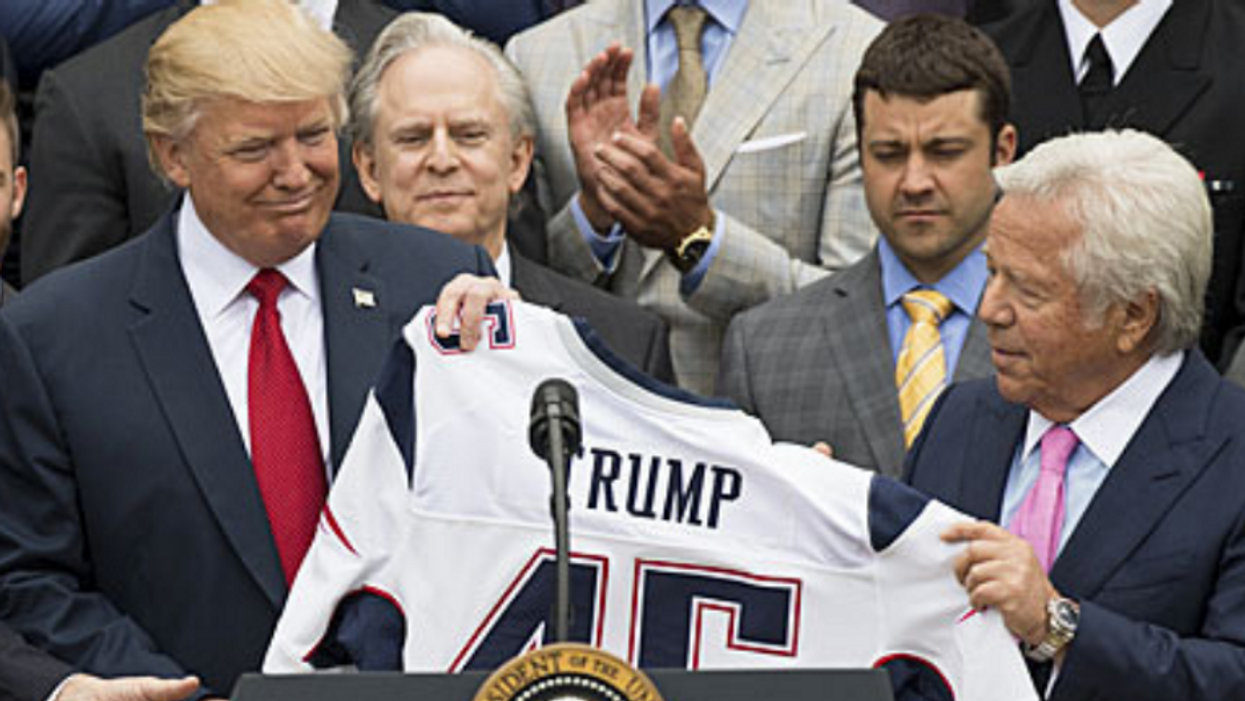 The son of the late Sen. Arlen Specter (D-PA) is claiming that former President Donald Trump dangled campaign cash to him if he backed off his investigation of the New England Patriots.

ESPN reports that both Shanin Specter and longtime aide Specter aide Charles Robbins say that Trump offered the late senator campaign funds in 2008 in an attempt to stifle his probe into the NFL’s handling of the Patriots’ illegal camera surveillance scandal.

Additionally, the two men claim that Trump told Specter that he was acting at the behest of Patriots owner Robert Kraft, a longtime friend.

The Patriots, however, told ESPN that Kraft never asked Trump to intervene on his behalf and Trump spokesman Jason Miller told ESPN that the allegations made by the two men were completely false.

Source: https://www.rawstory.com/trump-spygate/
Droolin’ Dog sniffed out this story and shared it with you.
The Article Was Written/Published By: Brad Reed