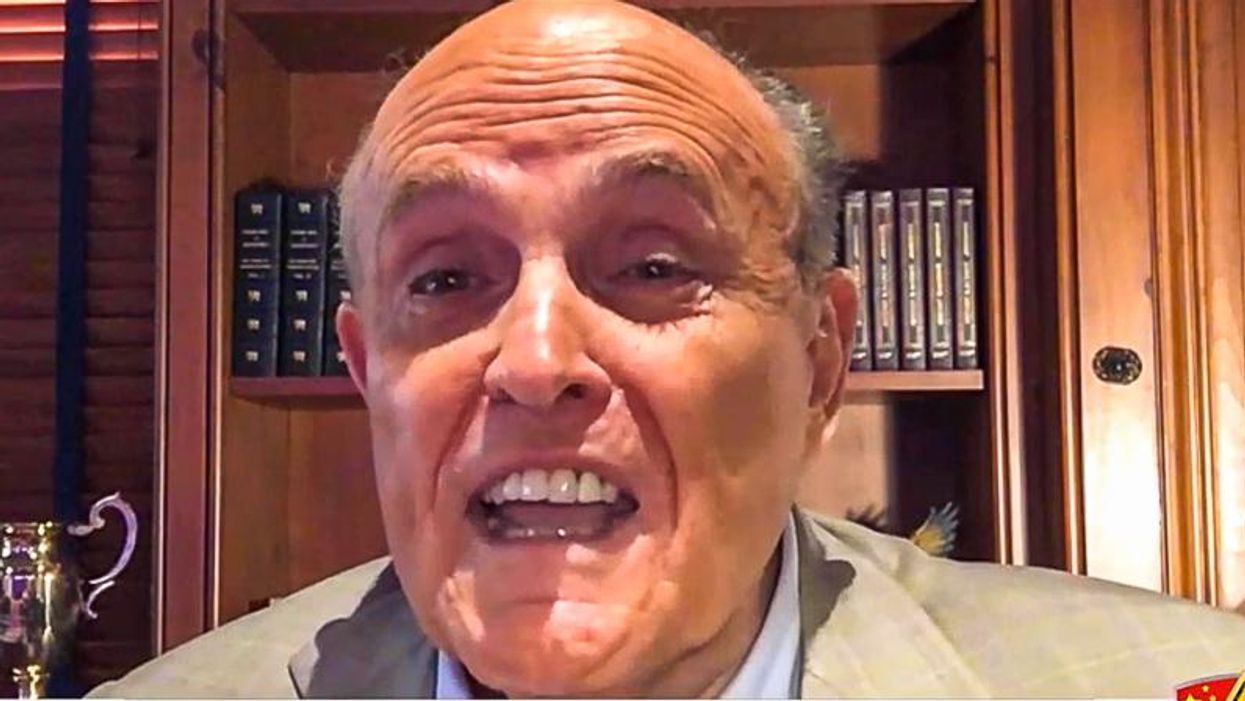 Rudy Giuliani on Wednesday lashed out a Manhattan District Attorney Cy Vance, Jr. over what he said is an “illegal” investigation into former President Donald Trump.

Real America’s Voice host Steve Bannon asked Giuliani about the criminal investigation after Vance reportedly empaneled a grand jury, suggesting that an indictment could be on the horizon. According to reports, New York Attorney General Letitia James has also joined the investigation.

Giuliani accused James of basing her campaign on the idea that “I’m going to get Trump.”

“This is a vendetta,” he insisted. “It should be illegal if it isn’t illegal for a prosecutor to conduct a witch hunt investigation trying to find crime on you. Pick somebody. Steve Bannon, Rudy Giuliani, Donald Trump. I’m going to look at his whole life and see if I can pin a crime on him. That’s what they’re doing to Donald Trump.”

Watch the video below from Real America’s Voice News.

Source: https://www.rawstory.com/rudy-giuliani-cy-vance/
Droolin’ Dog sniffed out this story and shared it with you.
The Article Was Written/Published By: David Edwards