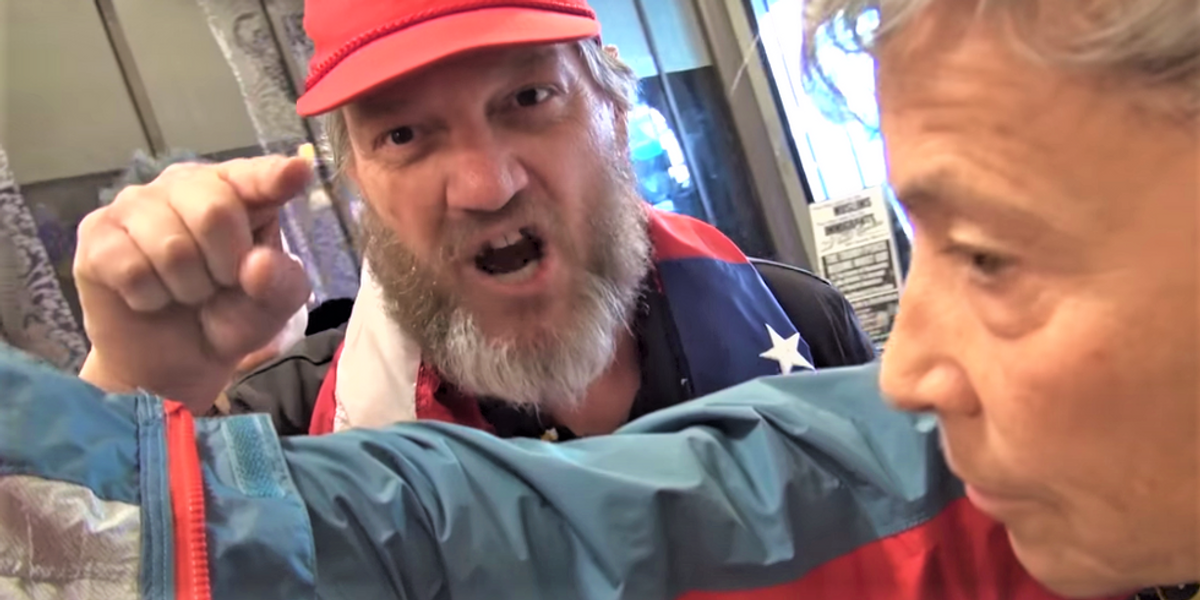 Things didn’t get any better for them on Wednesday, as Rasmussen Reports showed that Biden’s approval had yet again gone up and now stood at 55 percent, which is the highest approval the pollster has registered so far during his presidency.

During his one term in office, Trump regularly promoted polls from Rasmussen because it gave him consistently stronger approval ratings compared to other pollsters.

Despite this, Trump supporters once again angrily bashed the firm in replies to its tweet announcing Biden’s strong approval numbers — check out some responses below.

@Rasmussen_Poll @JoeBiden So basically, according to your poll, Joe Biden is more popular right now than Donald Tru… https://t.co/9YXGDc3oi6

@Rasmussen_Poll @JoeBiden Who are you calling? I don’t know anyone that approves of that fake crook that is illegitimate.

@Rasmussen_Poll @JoeBiden What is there to approve of??

@Rasmussen_Poll @JoeBiden 😂😂😂😂 right 🤷🏽
So are gasoline prices, unemployment, and illegal alien entry into our coun… https://t.co/LxR2VJ7z8J

Source: https://www.rawstory.com/rasmussen-reports-biden-polling/
Droolin’ Dog sniffed out this story and shared it with you.
The Article Was Written/Published By: Brad Reed