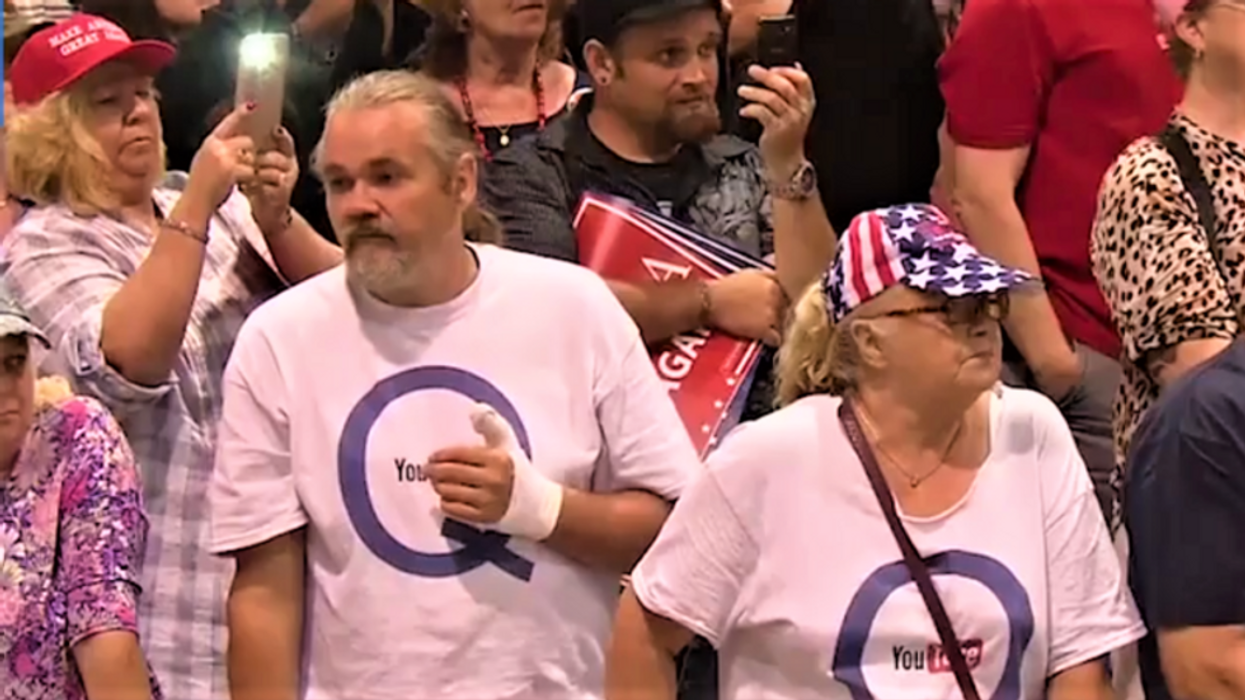 On Wednesday, writing for Vice, reporter David Gilbert analyzed how the “grifter influencers” at the top of the QAnon conspiracy theory movement are scrambling as a new wave of anti-Semitism hijacks their movement.

QAnon, the pro-Trump movement that has claimed the former president is fighting a cabal of Satanic child-eating pedophiles that control the United States, has always borrowed from anti-Semitic tropes of blood libel. But, Gilbert writes, things have reached a new stage, with one specific account leading the charge.

“There is a war brewing within the QAnon community,” wrote GIlbert. “One one side you have an upstart anonymous account called GhostEzra who has amassed a massive following in the space of a few months by spreading wild claims about President Joe Biden being a fake played by Hollywood star James Woods in a mask. In recent weeks, the account has become more and more extreme, spreading Holocaust denial and neo-Nazi content.”

The other side, Gilbert wrote, are the “established influencers” who have spent years trying to deny anti-Semitic elements in the movement — but they have a smaller combined following than the GhostEzra account, and they are now worried that their entire brand is being converted into pure neo-Nazism.

“On Tuesday night the account posted more Holocaust-denial content. The post attracted over 3,000 comments, the second of which was a link to a Neo-Nazi channel whose tag line is: ‘Exposing the Jews is our Mission,'” wrote Gilbert. The development has caused some QAnon influencers to speak out, with influencer CJTruth writing on Telegram, “Do you see how disinformation accounts hurt our movement?”

Multiple observers on social media have noticed the trend.

QAnon promoter GhostEzra is probably the king of Q on Telegram, with over 330k followers. He’s also in the midst of… https://t.co/4IIwSTSElv

The GhostEzra channel, which has 335k members, whas gone from Antisemitic to holocaust denialism in less than a wee… https://t.co/PpVrF8KXJw

“With GhostEra’s channel continuing to find huge support despite the horrific content they are posting, there is little that can be done to stop its growth and influence now that it’s on a platform where there are effectively no rules,” concluded Gilbert ominously.

Source: https://www.rawstory.com/qanon-2653113502/
Droolin’ Dog sniffed out this story and shared it with you.
The Article Was Written/Published By: Matthew Chapman