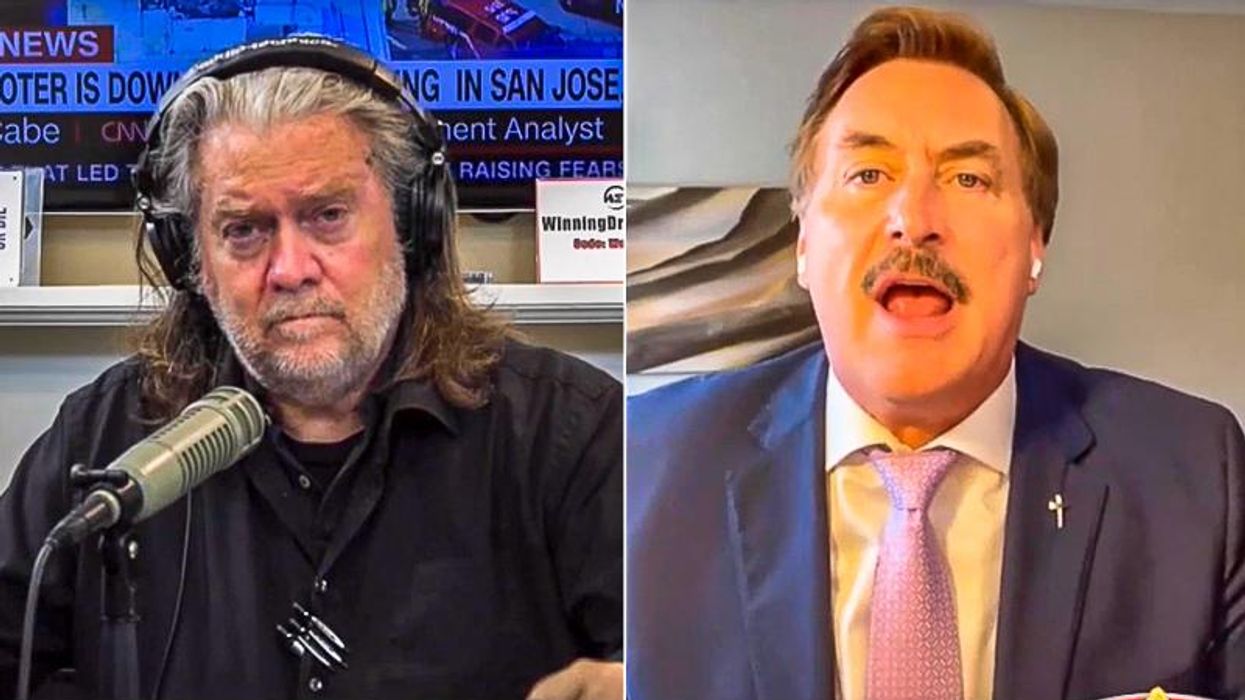 MyPillow CEO Mike Lindell on Wednesday vowed that Republican leaders will “have to answer” after he was kicked out of a Republican Governors Association meeting.

Politico first reported this week that Lindell was not allowed to attend the Tuesday meeting, where he planned to confront Governors Brian Kemp (R-GA) and Doug Ducey (R-AZ) about their roles in former President Donald Trump’s election loss.

Lindell reacted with outrage on Wednesday during an interview with Real America’s Voice host Steve Bannon.

“You know, Steve, this is a coverup,” Lindell charged. “The RGA and Brian Kemp, who is the chairman, should be ashamed of themselves for what they’ve done. It’s all part of this cancel-out. If they can’t talk to me, how can they have any kind of courage? They’re cowards. Both of them are cowards. Either that or they’re hiding something that so beyond anything we can imagine, a personal agenda. It can’t be a political agenda because they’re Republicans!”

“I will never give up and I will never back down,” he continued. “But these guys, they never give up on their coverup, whatever they’re covering up. You’ve got to give them credit. They keep to their guns and they keep trying to be obstructionists for the American people.”

Lindell once again predicted that the Supreme Court will rule 9-0 within the next six weeks to “pull this election down.”

“You’re going to have Brian Kemp and Doug Ducey front and center,” he promised. “Tell us why you did this, Doug and Brian. And I can’t wait for that day when MSNBC goes, you know what? We said it was just a conspiracy but it looks like it’s all true. China attacked our country through the [voting] machines… They’re all going to have to answer.”

Watch the video below from America’s Voice News.

Source: https://www.rawstory.com/mike-lindell-rga-meeting/
Droolin’ Dog sniffed out this story and shared it with you.
The Article Was Written/Published By: David Edwards