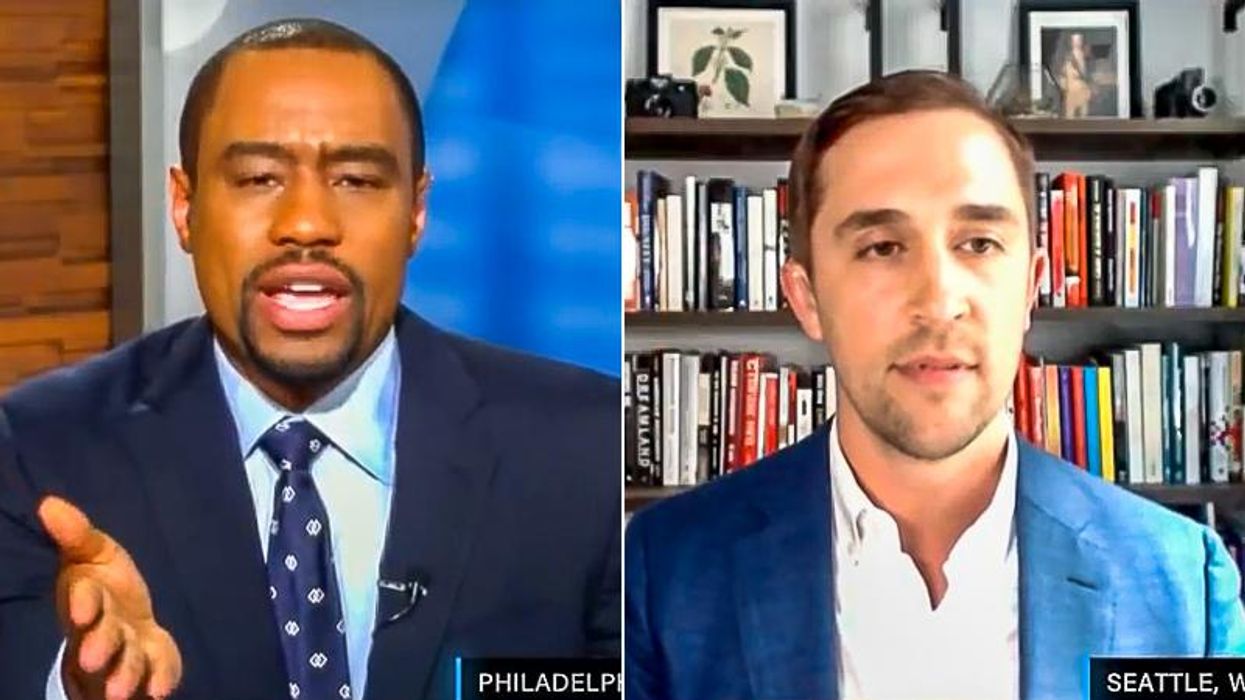 During an interview that aired on Tuesday, Rufo argued that critical race theory — a form of social justice education — is “state-sanctioned racism” because it teaches white children that they are more privileged than Black children.

“If I were to say to you right now, Christopher, what do you like about being white? What would you say?” Hill asked.

“I don’t know,” Rufo laughed. “It’s such an amorphous term.”

“If you’re saying whiteness is a thing that is being constructed as negative and shouldn’t be,” the host continued, “name something positive you like about being white.”

“Well, sure,” Rufo replied. “There are a lot of documents floating around public schools that say timeliness, showing up on time is a white supremacist value or a white value, things like rationality, things like the enlightenment, things like objectivity, and these are very strange things to be ascribed to a racial identity. My view is that these are actually — should be ascribed to every individual human being”

“That doesn’t answer the question,” Hill pointed out. “You are making strawmen [arguments] about things that are ascribed to whiteness. I’m saying if whiteness isn’t a negative thing, and you’re saying whiteness shouldn’t be constructed as all negative. Name something positive about being white.”

“I don’t buy into the framework that the world can be reduced into these metaphysical categories,” Rufo insisted. “I think that’s wrong. I think that we should look at people as individuals. I think we should celebrate different people’s accomplishments.”

He added: “The reason I’m not going to answer your question is that I reject that categorization. I think of myself as an individual human being with my own capabilities and I would hope that we could both judge each other as individuals and come to common values on that basis.”

“Fair enough,” Hill said. “But I would argue that ability to say, ‘I don’t see race, I don’t recognize or own whiteness,’ is an extraordinary white thing to be able to do. It’s an exercise of power and privilege. You can ignore the label of whiteness and still be able to enjoy all the spoils of whiteness.”

Watch the video below from BNC News.

“What do you like about being White?” I asked this question to anti- Critical Race Theory advocate Christopher Rufo. He stated that Whiteness was always only painted as negative, so I asked him to offer something different. Peep his response: pic.twitter.com/H5IkAyv2Co
— Marc Lamont Hill (@marclamonthill) May 26, 2021

Source: https://www.rawstory.com/marc-lamont-hill-christopher-rufo/
Droolin’ Dog sniffed out this story and shared it with you.
The Article Was Written/Published By: David Edwards