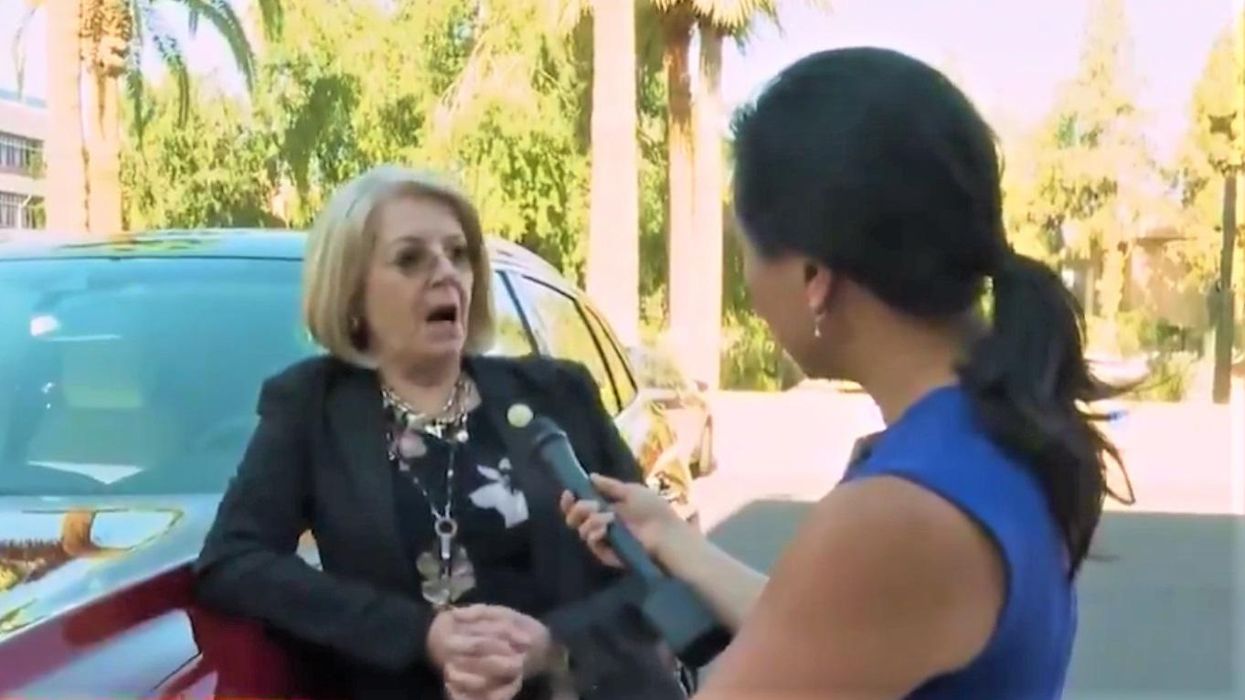 Republican Arizona State Senate President Karen Fann this week grew incredulous with CNN reporter Kyung Lah after she confronted her about her state’s Trump-backed “audit” of the 2020 presidential election.

Lah caught up with Fann in a parking lot this week to ask her about Arizona’s widely criticized vote audit, which has infamously included efforts to inspect ballots for traces of bamboo to prove nefarious Chinese influence on the 2020 election.

During the interview, Fann asked Lah — who was supposed to be the person asking questions — if she could prove that no dead people voted for President Joe Biden in Arizona and that Biden supporters didn’t fill out ballots on behalf of other people.

“I’m saying what the data shows us, there was no widespread fraud,” Lah replied.

“I didn’t say there was fraud!” Fann replied, despite the fact that she implied Biden fraudulently won in her state.

Lah then listed off all of the concerns Fann raised and informed her that “these things are all fraud.”

“Well, I asked you a question,” Fann said. “Can you tell me that, in all the states, no ballots from people that are already deceased were not filled out and sent in?”

“I can tell you that what the data has shown is, overwhelmingly, this was the most secure election,” Lah replied.

Later in the interview, Fann tried to slap away complaints that the election audit was not transparent by noting it was being broadcast on the Trump-loving One America News network.

Lah pointed out that OAN controlled all the cameras inside the audit and could edit out footage that the auditors don’t want people to see.

“Are you saying OAN is not a credible news source?!” Fann asked incredulously.

Watch the video below.

“Are you saying that OAN is not a credible news source?”

Source: https://www.rawstory.com/karen-fann/
Droolin’ Dog sniffed out this story and shared it with you.
The Article Was Written/Published By: Brad Reed