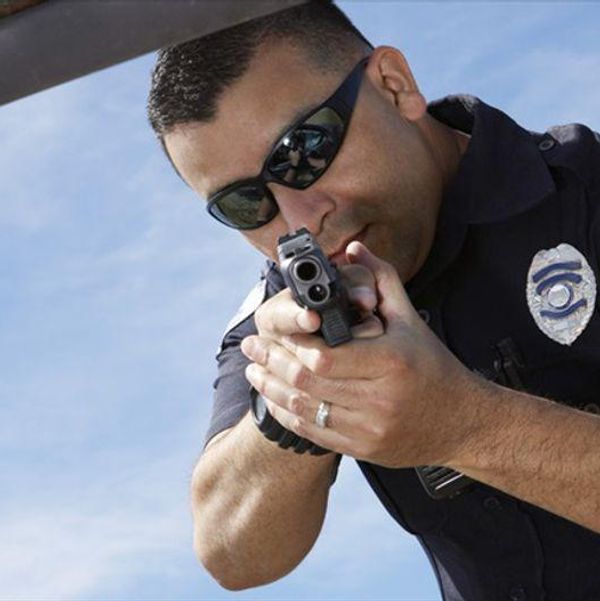 Sometimes cultural change takes generations or even centuries; sometimes it happens in the seeming blink of the eye. America’s bad cops — and their enablers — are having their Harvey Weinstein moment.

Harvey was a big shot in Hollywood for decades when it was not uncommon for powerful men to help make women into stars in exchange for sex. It was so common that in a Cagney and Lacey TV show from the 1980s one of the characters openly asks the other if a particularly ditzy “movie star” character in that episode of the show “slept with the producer” to get the part.

As Larry Getlin wrote in a review of a new book about Lucille Ball (“I Love Lucy”):

She eventually found work as a model, and as she sought acting roles, received advice from Lela Rogers — mother of her good friend Ginger Rogers — that she would later follow.

“If you want to be a star within two years, get auditioned on the casting couch,” Lela told her. “That’s the advice I gave my own daughter.”

The “casting couch” was legendary, and predatory men were almost never held to account. As Weinstein’s lawyer, Benjamin Brafman, (unsuccessfully) argued, “The casting couch in Hollywood was not invented by Harvey Weinstein. … If a woman decides that she needs to have sex with a Hollywood producer to advance her career and actually does it and finds the whole thing offensive, that’s not rape.”

But culture had changed, and “normal behavior” in the industry was, through the actions of a few brave women, redefined.

As Weinstein’s Hollywood story unraveled, women in other fields and other parts of the country came forward to say “me, too!” and America discovered this kind of abuse wasn’t restricted to movie-land. It was also happening on TV shows, across television networks, and even in public broadcasting. It was happening in pretty much every kind of major company across America, and often went from transactional sex to rape in moments.

It took half a decade and a number of well-researched exposés, but it appears Hollywood largely no longer tolerates such things, and the same is true increasingly across our corporate landscape.

And that was just phase 1.

Now, in phase 2, people who knew what was going on but had no direct involvement other than failing to alert anybody are being held to account, as well. Executives and managers who were in a position to know about and stop the “casting couch” and its equivalent in other industries but did nothing are now losing their jobs and even being sued.

America, having experienced this extraordinarily rapid transformation in business culture is now, it appears, on the verge of a similarly deep, meaningful and rapid transition in police culture.

And it’s not just American police: in El Salvador they’ve pulled eight bodies out of graves in the backyard of a Salvadoran police officer just in the past week and the country is furious. When you give someone deadly weapons and a legal license to use them largely at their own discretion, the temptation is often too great, particularly for the type of person drawn to authoritarian-type positions like police work.

The murder by police of George Floyd didn’t just trigger the largest protest demonstration in the history of the United States; it is resonating all over the world.

In much the same way women are sick and tired of being mistreated by men, much of humanity appears to have reached the absolute limit of their tolerance for being abused by police.

When movements like #MeToo! and #BadCops go international, you know culture is changing in a way that won’t fall back to its old standards.

Here in America, we’re learning of a 2-year coverup of murderous Louisiana cops by their supervisors (and trying to learn how high up the chain of command it goes); the cops beat, Tased, hogtied with chains and brutally dragged Ronald Greene to death, all while joking about how much blood he was getting on their clothes.

Yesterday’s story was about an off-duty Texas cop who shot a Black woman who’d simply made a U-Turn that got in his way and pissed him off; we’re hit with almost daily stories of police shooting Black people just because they can and they believe, based on centuries of experience, that they can always get away with it.

As the evil reality of a presumed minority of cops who regularly get away with rape, beatings and murder — and the horrible reality that the vast majority of cops ignore or cover up such crimes for their “thin blue line” colleagues — is sinking into the white American psyche (this is no secret for Black people), pro-American legislators are trying to get the George Floyd Justice in Policing Act passed out of the Senate.

It will even provide for “Phase 2” — not just holding individual cops accountable, but also adding significant civilian oversight to hold management to account, too.

And reform is absolutely needed, particularly civilian oversight. The Founders put a civilian in charge of the military for the very simple reason that military-style organizations tend to become internally culturally insular and powerful factions themselves. Thus, the Secretary of Defense must be a civilian, as well as the President above the SecDef.

For the same reason, police must be ultimately responsible to civilian oversight.

Similarly, while even presidents can frustrate legal processes as Bill Clinton tried to do getting out of a deposition about Monica Lewinsky, and Donald Trump has temporarily pulled off so far by simply defying Congress and the courts, they must ultimately never be able to avoid accountability. No person in America is above the law.

This was point George Washington made in his farewell address:

The very idea of the power and the right of the people to establish government presupposes the duty of every individual to obey the established government.

Republican senators — apparently fans of cops terrorizing women, Black people and other minorities (they don’t want them voting, anyway!) — continue to block the legislation and oppose real accountability for America’s cops. But, long-term, they may as well be trying to stop water from flowing downhill.

Culture has changed. It’ll take a while for law and justice to catch up with it — and it’ll take longer in Red states than Blue — but it’s unlikely things will ever go back to how they were.

The generation coming up now is not going to let this moment pass like previous generations were forced to do by the powers-that-be after horrors like the brutal murder of Emmett Till, the beating of Rodney King or the murder of Eric Garner.

The casting couch is largely now a relic of the past. If we all join forces and push hard, calling our senators (the Capitol switchboard is 202-224-3121) and otherwise working for change, soon the same could be true of murderous, corrupt and unaccountable cops.

Thom Hartmann is a talk-show host and the author of The Hidden History of American Oligarchy and more than 30 other books in print. He is a writing fellow at the Independent Media Institute and his writings are archived at hartmannreport.com.

This article was produced by Economy for All, a project of the Independent Media Institute.

Source: https://www.rawstory.com/americas-cops-are-having-their-harvey-weinstein-moment/
Droolin’ Dog sniffed out this story and shared it with you.
The Article Was Written/Published By: Thom Hartmann, Independent Media Institute