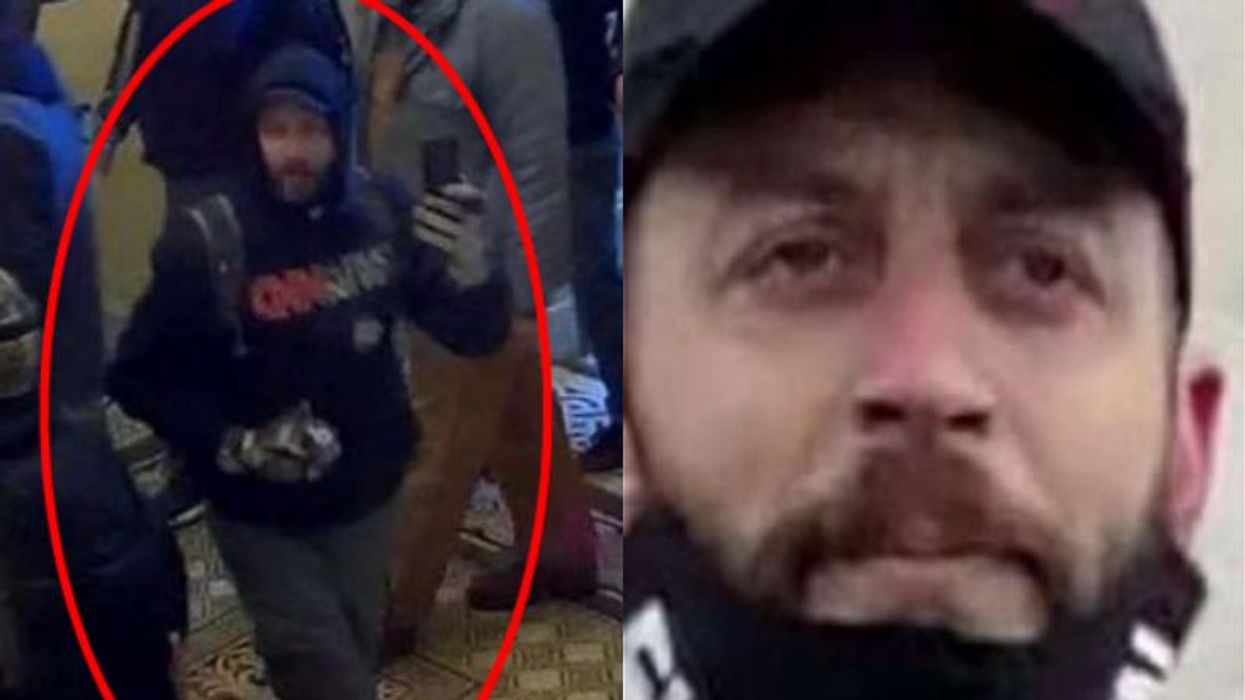 Daniel Warmus was arrested today by the FBI with the help of an anonymous tip from someone who overheard him at a dentist office sharing stories and a video from his day in the U.S. Capitol on January 6.

Warmus, from Alden NY, was heard by the tipster telling of how he smoked a marijuana cigarette inside the Capitol, the FBI criminal complaint states. The tipster said “that he/she overheard Warmus talking about his experience” which included having refused a police officer’s instructions to leave the building.”

The tipster said they could hear but not see a video Warmus was playing at the dentist’s office. Warmus was heard saying he went inside the Capitol building, according to the FBI. Agents added that the tipster wanted to remain anonymous and wouldn’t respond to questions but did provide the agents with Warmus’ home and work addresses.

From that, agents began surveillance of Warmus at his home and at the business he runs — Worm-A-Fix Automotive Inc. — in Orchard Park, NY. From that agents say they were able to match photos of Warmus’ and his passport and driver’s license pictures with videos and footage taken inside the Capitol.

Warmus had dark-colored facial hair and was holding a tree branch with a large, dark-colored flag affixed bearing the phrase, “F*CK ANTIFA” in white letters.”

Other video footage showed Warmus walking around the Capitol Building — at one point picking up an unknown object from the ground and placing it on a statue — and having “pulled away and retreated” from an officer who had grabbed his backpack, the report said.

Warmus was arrested in Buffalo, NY and charged with violent and unlawful entry, disrupting government business and disorderly conduct at the Capitol.

You can read the FBI criminal complaint here.

Source: https://www.rawstory.com/daniel-warmus/
Droolin’ Dog sniffed out this story and shared it with you.
The Article Was Written/Published By: Ray Hartmann