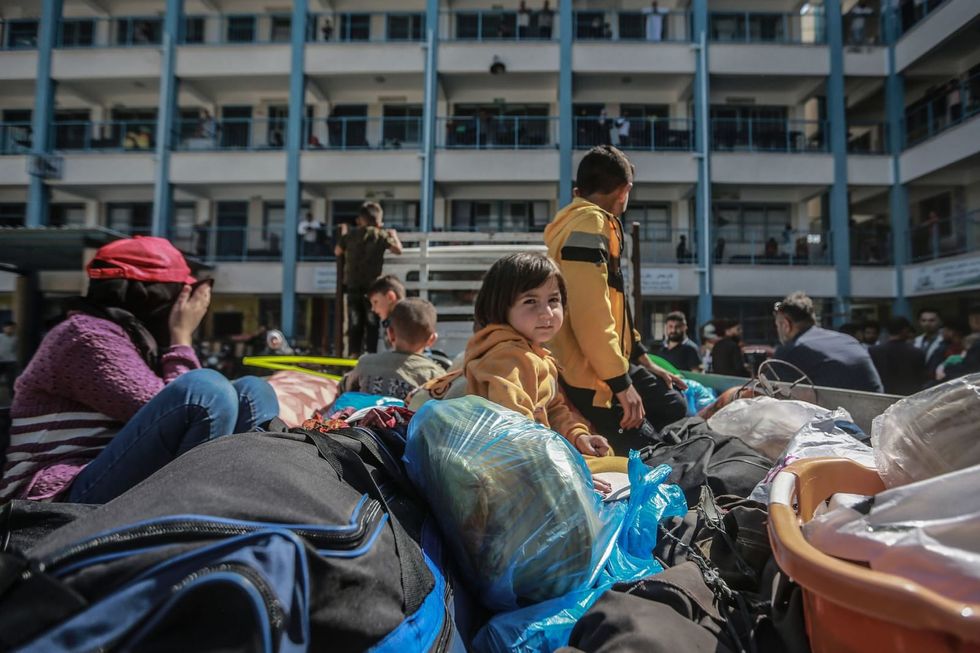 Around 42,000 Palestinians in the Gaza Strip have fled their homes because of Israel’s air attacks on the coastal territory.

They have sought shelter in 50 schools run by the UN Palestinian Relief and Works Agency in the Gaza Strip,a spokesperson for the organization said on Monday.

More than 2,500 people have been left homeless after their homes were destroyed.

Israel says it is only targeting militant positions, but some of those are in the middle of highly crowded residential areas.

According to Israel, the military is doing everything it can to avoid civilian casualties.

Source: https://www.rawstory.com/un-agency-42-000-palestinians-in-gaza-have-left-their-homes/
Droolin’ Dog sniffed out this story and shared it with you.
The Article Was Written/Published By: DPA