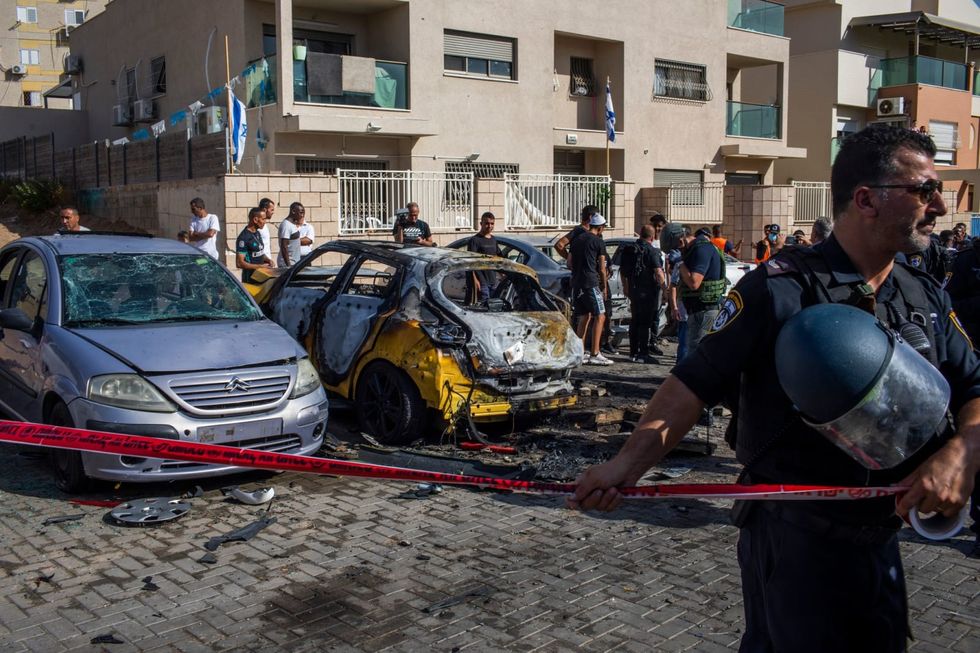 A week after the shelling began, militants have fired some 3,150 rockets from the Gaza Strip toward Israel, the Israeli army said Monday morning.

About 460 of the rockets never made it across the border and went down in Gaza territory, the military said.

The Iron Dome missile defence system had an interception rate of about 90 per cent, it said.

There were initially no current figures on the number of attacks by Israel in the Gaza Strip this morning.

Palestinian militants in the Gaza Strip began firing rockets at Israel a week ago Monday evening. Israel’s army responded with a massive assault on Hamas targets in the coastal area.

Source: https://www.rawstory.com/israel-says-3-150-rockets-fired-from-gaza-in-past-week/
Droolin’ Dog sniffed out this story and shared it with you.
The Article Was Written/Published By: DPA