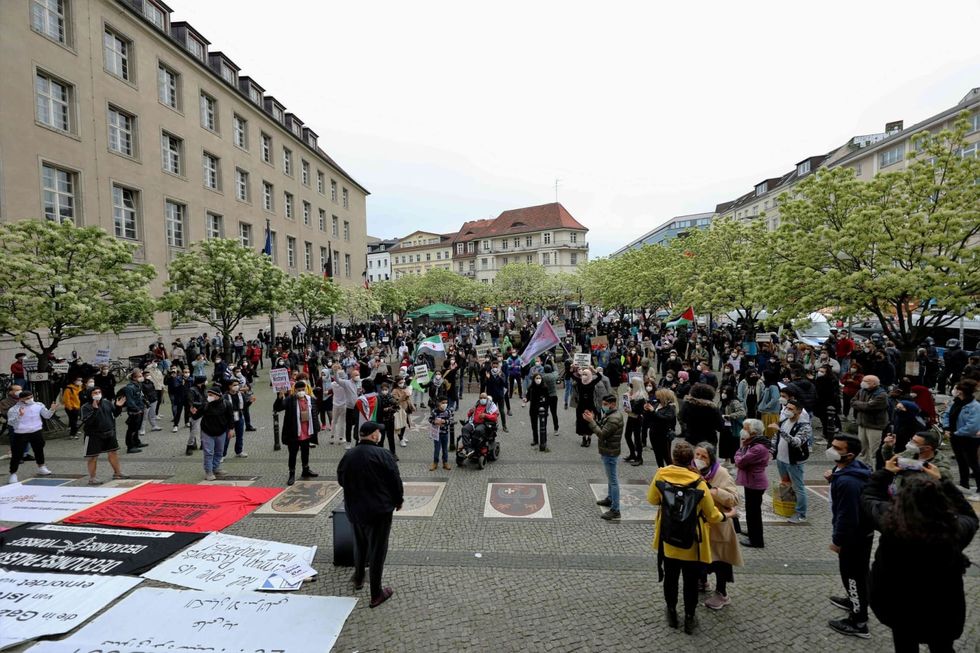 After several German cities saw anti-Israel rallies in the wake of resurging conflict between Israel and Gaza in recent days, the government has strongly condemned anti-Semitic protests and promised to ramp up protection for Jewish institutions.

Government spokesperson Steffen Seibert said on Friday that peaceful demonstrations against Israel’s policies were allowed in Germany. “But anyone who uses such protests to shout out their hatred of Jews is abusing the right to protest. Anti-Semitic rallies will not be tolerated by our democracy,” he added.

Those who protest in front of a synagogue and damage Jewish symbols showed that they are not criticizing a state, but showed “aggression and hatred against a religion and those who belong to it,” Seibert stressed. “We oppose this with all the strength of a democratic constitutional state.”

In recent days, police have intervened at anti-Israel rallies and boosted their presence at synagogues throughout the country after several instances of vandalism and the burning of Israeli flags.

Seibert said the authorities were working with the utmost commitment to solve the crimes, punish the perpetrators and protect Jewish institutions.

Meanwhile, the government’s anti-Semitism commissioner, Felix Klein, asked the Islamic associations in Germany to stand up against violence.

He was calling on the organizations “to distance themselves from violence against Jews and attacks on their places of worship, to call for non-violence and to exert a de-escalating influence on the Muslim community in Germany,” Klein said on Friday.

It was appalling to see “how obviously Jews in Germany are being held responsible here for actions of the Israeli government in which they are completely uninvolved,” he added. Such a view is “pure anti-Semitism,” Klein said.

Source: https://www.rawstory.com/german-government-vows-not-to-tolerate-anti-semitic-rallies/
Droolin’ Dog sniffed out this story and shared it with you.
The Article Was Written/Published By: DPA