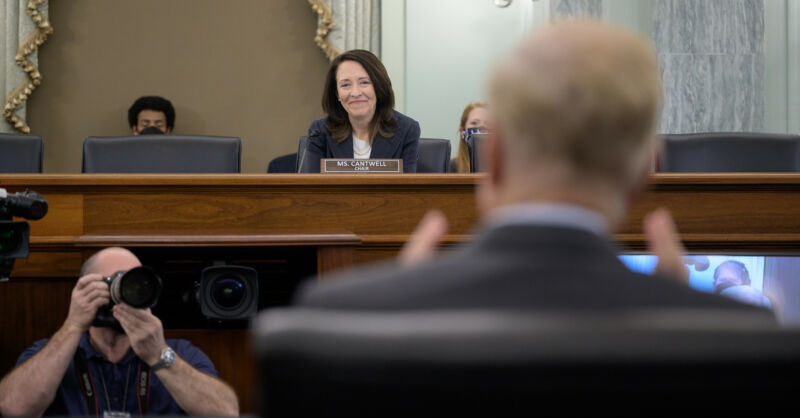 On Wednesday, a US senator added an amendment to unrelated science legislation that would impose significant restrictions on NASA and its plans to return to the Moon.

The amendment (see document) was spurred by NASA’s decision in April to select SpaceX as its sole provider of a human landing system for the Artemis Program. Senator Maria Cantwell, a Democrat from the state of Washington, where Blue Origin is based, authored the legislation. Owned by Amazon founder Jeff Bezos, Blue Origin led a lunar lander bid that was rejected by NASA.

The US Senate Committee on Commerce, Science, and Transportation passed the amendment without any debate, adding the NASA changes to the Endless Frontier Act, a bill to keep US scientific and technology innovation competitive with China and other countries.

Source: https://arstechnica.com/science/2021/05/congress-fires-warning-shot-at-nasa-after-spacex-moon-lander-award/
Droolin’ Dog sniffed out this story and shared it with you.
The Article Was Written/Published By: Eric Berger