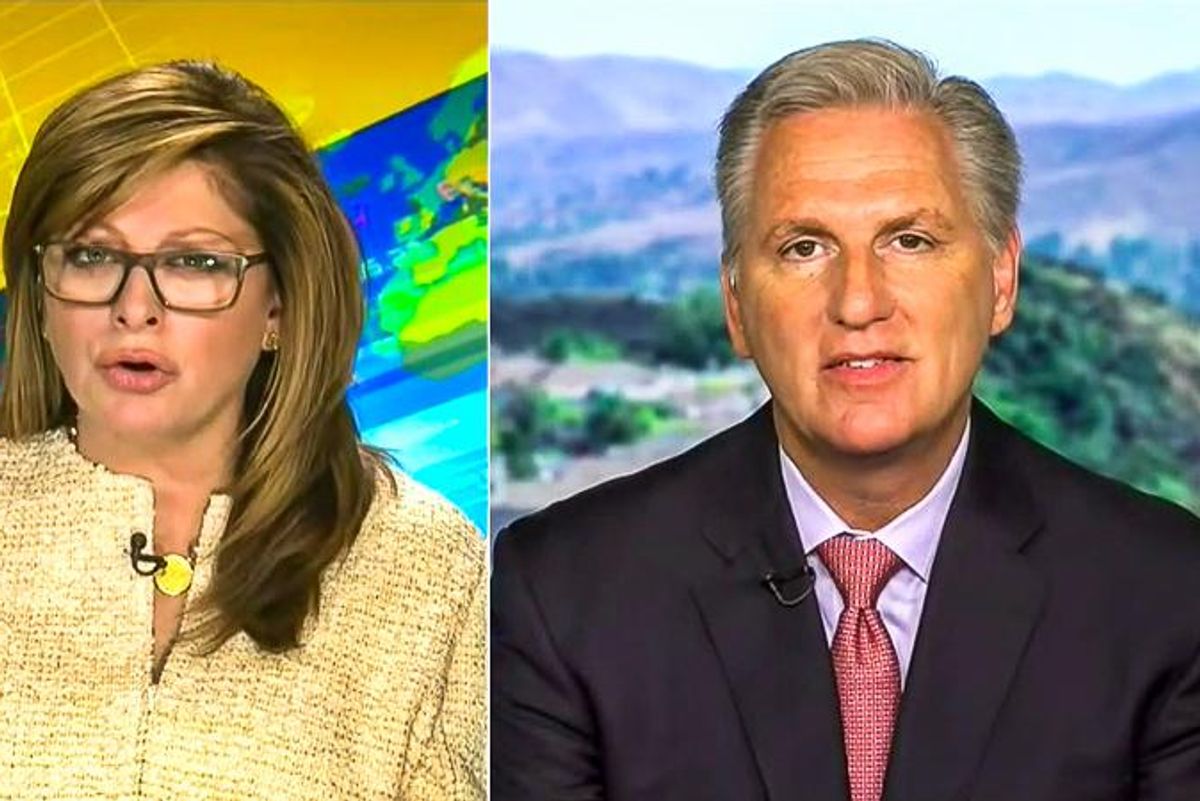 During an interview on Fox News, host Maria Bartiromo asked McCarthy about the effort to oust Cheney after she repeatedly said that Trump lied by claiming the election was stolen.

“Is this just her ideology, that’s she’s unable to get over being never Trump?” Bartiromo wondered.

“Any member can take whatever position they believe in,” McCarthy explained. “That’s what the voters vote on the individual and they make that decision. What’s we’re talking about is a position in leadership. We are in one of our biggest battles ever for this nation and the direction, whether this next century will be ours.”

According to McCarthy, Cheney has failed to advance the Republican message against President Joe Biden.

“Are we talking about what the Democrats are doing on the border?” he said. “Are we watching Joe Biden create inflation like we’ve never seen before, a takeover of government, the rising of taxes, the damage of what will be done that we cannot come back from.”

Bartiromo concluded the interview by asking the Republican leader if he supports Stefanik’s bid to replace Cheney.

Source: https://www.rawstory.com/kevin-mccarthy-liz-cheney-2652929558/
Droolin’ Dog sniffed out this story and shared it with you.
The Article Was Written/Published By: David Edwards