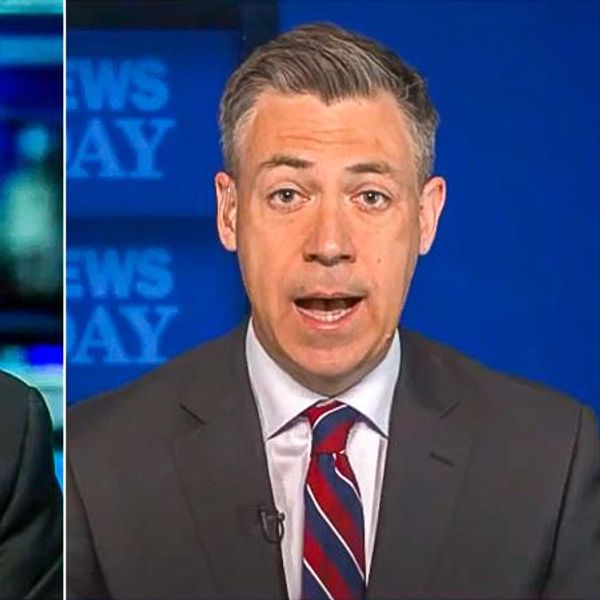 During an interview on Fox News Sunday, Wallace noted that Banks had deflected when asked about Cheney’s criticism of former President Donald Trump, who has claimed that the election was stolen from him.

“I’ve asked you two questions, Congressman,” Wallace said. “Why are you unwilling to discuss her criticism of President Trump?”

“I’m not,” Banks insisted. “I know the belief that I have, that a majority of our conference have, that she has lost focus on the single mission that we have in winning back the majority, to push back against the radical Biden agenda, is the reason that she needs to be replaced.”

“I’ve never said that the election was stolen,” Banks replied. “I’ve said I had very serious concerns with how the election was conducted last November because of COVID rules that loosened voter identification laws. That’s why I objected on January 6th. I’ll never apologize for that.”

The congressman went on to accuse Wallace of distracting viewers “from what we have to do to save this country.”

Watch the video below from Fox News Sunday.

Source: https://www.rawstory.com/chris-wallace-jim-banks/
Droolin’ Dog sniffed out this story and shared it with you.
The Article Was Written/Published By: David Edwards