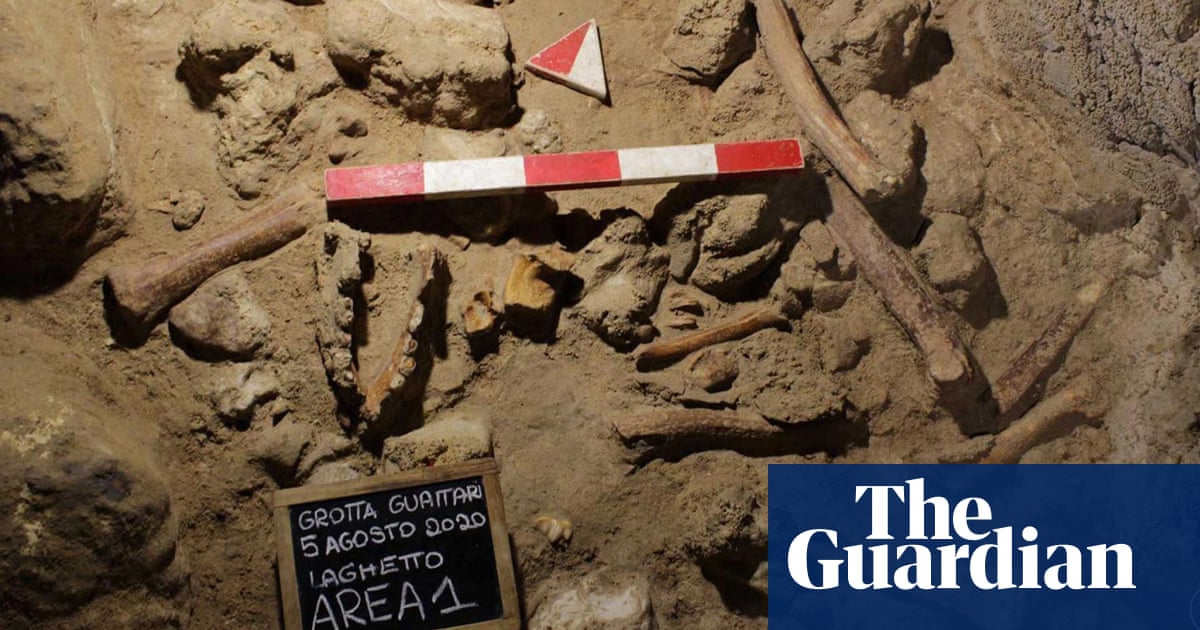 Italian archaeologists have unearthed the bones of nine Neanderthals who were allegedly hunted and mauled by hyenas in their den about 100km south-east of Rome.

Scientists from the Archaeological Superintendency of Latina and the University of Tor Vergata in Rome said the remains belong to seven adult males and one female, while another are those of a young boy.

Source: https://www.theguardian.com/science/2021/may/08/remains-of-nine-neanderthals-found-in-cave-south-of-rome
Droolin’ Dog sniffed out this story and shared it with you.
The Article Was Written/Published By: Lorenzo Tondo in Palermo