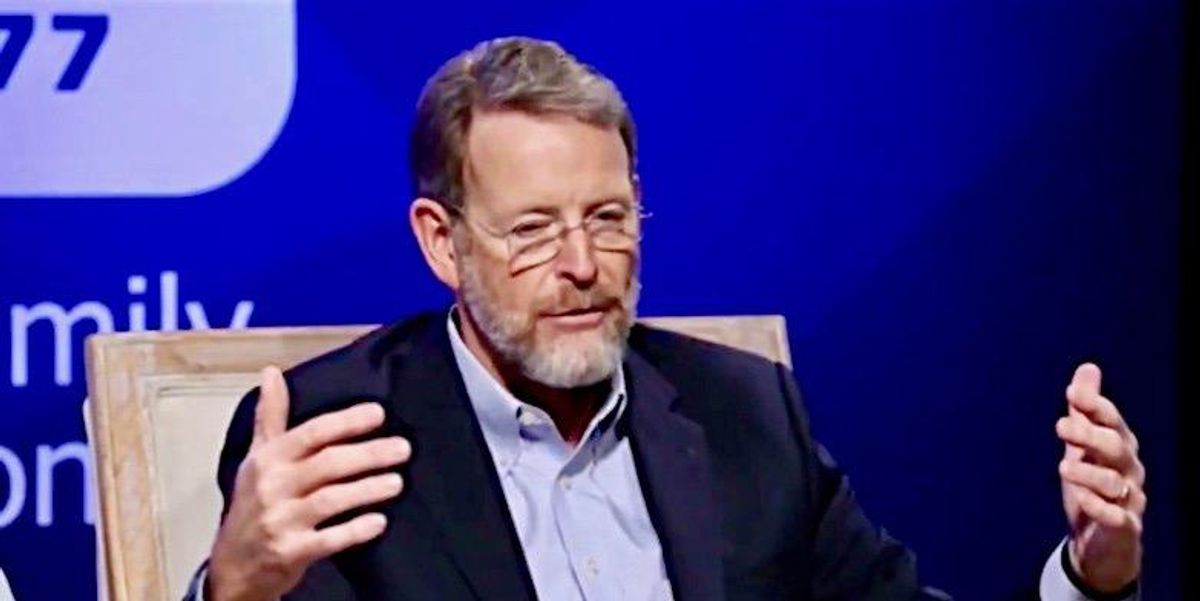 Tony Perkins, the vice chairman of the United States Commission on International Religious Freedom (USCIRF), a U.S. federal government commission, says men were created to be “warriors for Christ” and should be “waging warfare” and trying to “take over the world.”

Perkins, who was appointed to the Commission by then-Senate Republican Majority Leader Mitch McConnell, has served for decades as the president of the Family Research Council, which appears on the Southern Poverty Law Center’s list of anti-LGBTQ hate groups.

“We should be, you know, happy warriors. We were created for this,” Perkins can be seen saying in a video (below) posted by Right Wing Watch.

“It wasn’t like this is just something that happens to fall upon us at this moment. We were created to be warriors for Christ – especially as men – we’re to lead our families as warriors. Now that terminology has been, you know, maligned by the culture that we’re, you know, these ‘Christian warriors’ from a standpoint of, we’re ‘trying to take over the world,'” Perkins said.

“Yeah, we are,” he admitted, adding, “the kingdom, the kingdom of God.”

It’s unclear how Perkins can admit to trying to “take over the world” as a “Christian warrior,” and “wage warfare” – and yet be trusted in his USCIRF role with working to ensure religious freedom – freedom for all religions – around the world.

“We want to see everyone come to the fullness of the gospel of Jesus Christ, and experience the abundant life. And that means we’re going to have to wage warfare. It’s not physical warfare,” he insisted. “The weapons of our warfare, they’re not carnal, but they’re spiritual, for the tearing down of strongholds, so we shouldn’t make any apologies about that.”

Source: https://www.rawstory.com/vice-chair-of-us-govt-religious-freedom-group-boasts-warriors-for-christ-were-created-to-take-over-the-world/
Droolin’ Dog sniffed out this story and shared it with you.
The Article Was Written/Published By: David Badash, The New Civil Rights Movement