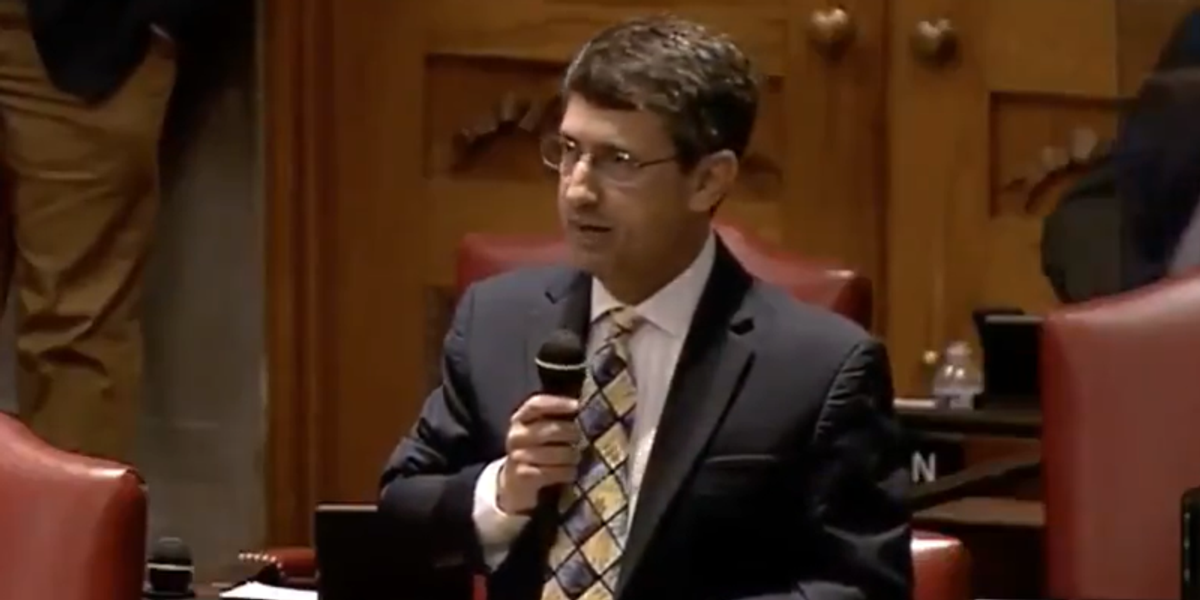 In the Tennessee House of Representatives Tuesday, Knoxville Republican Rep. Justin Lafferty defended the three-fifths compromise — the infamous constitutional provision counting enslaved persons as 3/5ths of a person — and incorrectly claimed that the purpose of the provision was to bring about the end of slavery down the line.

“The three-fifths compromise was a direct effort to ensure that Southern states never got the population necessary to continue the practice of slavery everywhere else in the country,” said Lafferty. “What does that mean? Appropriation based on population. We’ve got nine state representatives. By limiting the number of population in the count, they specifically limited the number of representatives that would be available in the slave-owning states, and they did it for the purpose of ending slavery.”

This is not true. While the Southern states did indeed want enslaved persons counted fully to pad their numbers, the compromise was actually agreed to by Northern states to give the South more representatives than they would have had, and by extension, the institution of slavery more power than it would have had, to get them to agree to support the Constitution.

The remarks come soon after a state representative in Louisiana triggered controversy by suggesting schools should teach the “good” parts of slavery along with the bad — something he quickly tried to backpedal on, but that the president of the Women’s Republican Club of New Orleans defended on the basis that “slaves loved their masters.”

Source: https://www.rawstory.com/tennessee-republican-defends-racism/
Droolin’ Dog sniffed out this story and shared it with you.
The Article Was Written/Published By: Matthew Chapman