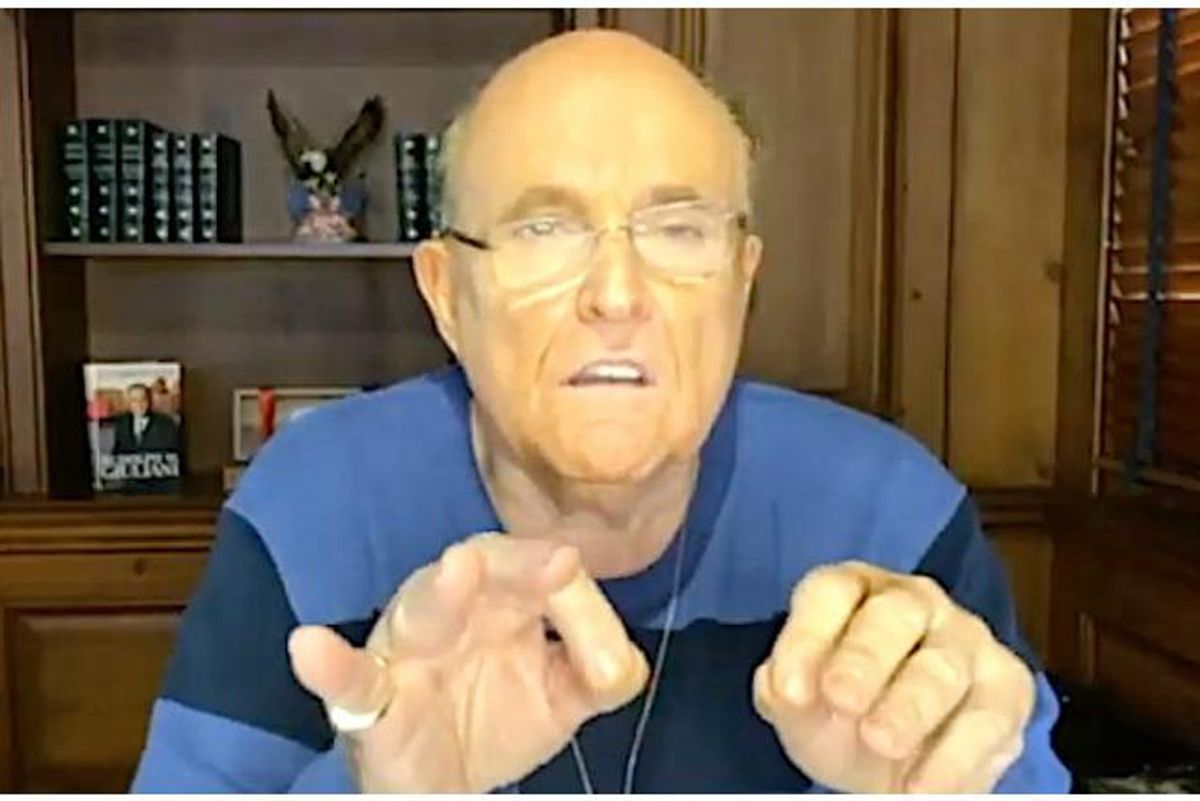 As a federal investigation into Rudy Giuliani heats up, people advising him are reaching out to Donald Trump’s circle, pressuring them the former president to help out with Giuliani’s legal bills, The New York Times reports.

Giuliani is also being sued for defamation by two voting machine companies for claiming that they helped orchestrate mass voter fraud in the 2020 election. Giuliani’s advisers want the Trump campaign to tap into the $250 million it raised in the weeks after the election to help Giuliani with his legal expenses.

“I want to know what the GOP did with the quarter of $1 billion that they collected for the election legal fight,” Bernard Kerik, the former New York City police commissioner, wrote on Twitter on Sunday.

I want to know what the @GOP did with the quarter of $1 billion they collected for the election legal fight. Lawyer… https://t.co/JIBmvhA0m8

Kerik added that “lawyers and law firms that didn’t do” much work were paid handsomely, while those who worked hard “got nothing.”

People familiar with the matter told the Times that Kerik made similar complaints to some of Trump’s advisers in private.

“Some of Mr. Giuliani’s supporters have blamed Mr. Trump’s aides — and not the former president — for the standoff. However, people close to Mr. Trump said he has stridently refused to pay Mr. Giuliani,” the Times reports.

Read the full report over at The New York Times.

Source: https://www.rawstory.com/rudy-giuliani-legal-fees-trump/
Droolin’ Dog sniffed out this story and shared it with you.
The Article Was Written/Published By: Sky Palma