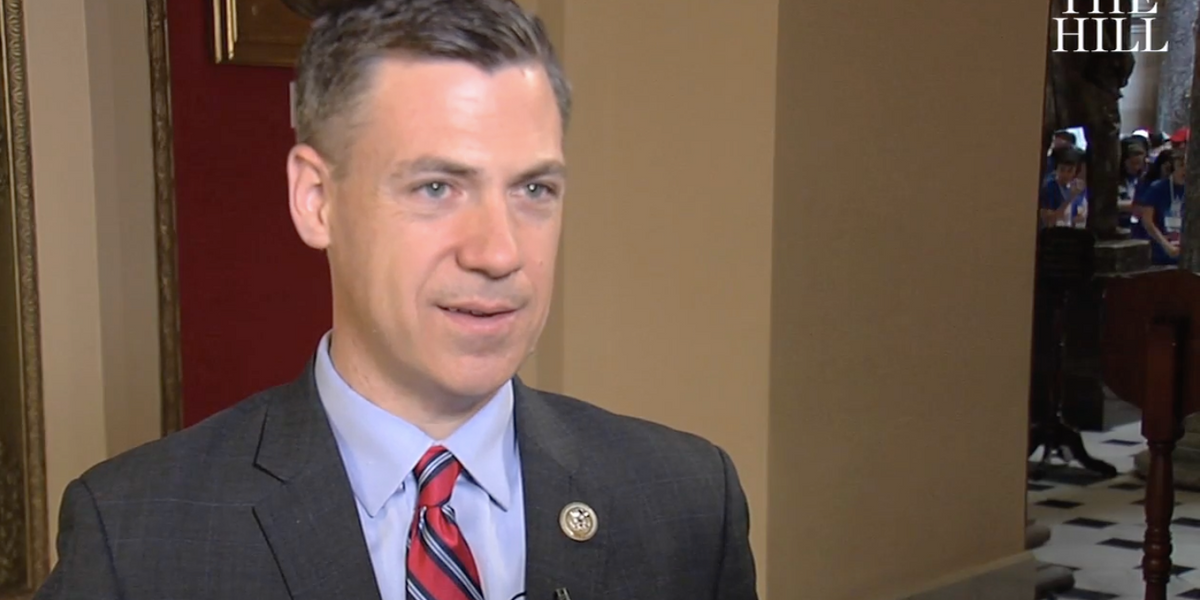 A Republican congressman is openly trying out for Rep. Liz Cheney’s leadership spot — and it’s rubbing his colleagues the wrong way.

Rep. Jim Banks (R-IN) makes no bones about his interest in becoming chair of the House GOP Conference, the No. 3 party leadership role the embattle Cheney is on the brink of losing as punishment for her vote to impeach former president Donald Trump and her refusal to endorse his election fraud lies, reported Politico.

“If there’s a role to play, where I can continue to do what I’m doing as [Republican Study Committee] chairman, I want to do it,” Banks told the website when asked if he would run for a leadership role. “The most natural comparison to RSC chair is conference chair … and that’s something I think I would really enjoy, because it’s what I’m doing now.”

The RSC has been sending out weekly newsletters that feature a mix of politics, policy and personalities, which Politico compared to its own Playbook, and the Banks-led committee puts together talking points that are often leaked to conservative media outlets.

Banks has written a memo describing his vision for the party’s future that won praise from top-ranking Republicans, although the Indiana Republican’s obvious interest in the job Cheney still holds has rankled some colleagues.

“He used to be reasonable, but now you see what happened when you get a taste of power,” said one GOP lawmaker. “You sell out.”

Banks, a 41-year-old Afghanistan war veteran who closely allied himself with Trump, has sent out fundraising emails asking supporters to “join Jim in standing up to Cheney’s attacks,” and he criticized her behavior at the recent GOP retreat as an “unwelcome distraction.”

He has also taken aim at Cheney’s work in overseeing communications and member services, saying the RSC he leads is doing a better job already.

“We’re in the minority, and this is a messaging battle as much as a policy battle,” Banks said. “RSC is providing that framework better than anyone else on Capitol Hill.”

Source: https://www.rawstory.com/republican-jim-banks/
Droolin’ Dog sniffed out this story and shared it with you.
The Article Was Written/Published By: Travis Gettys