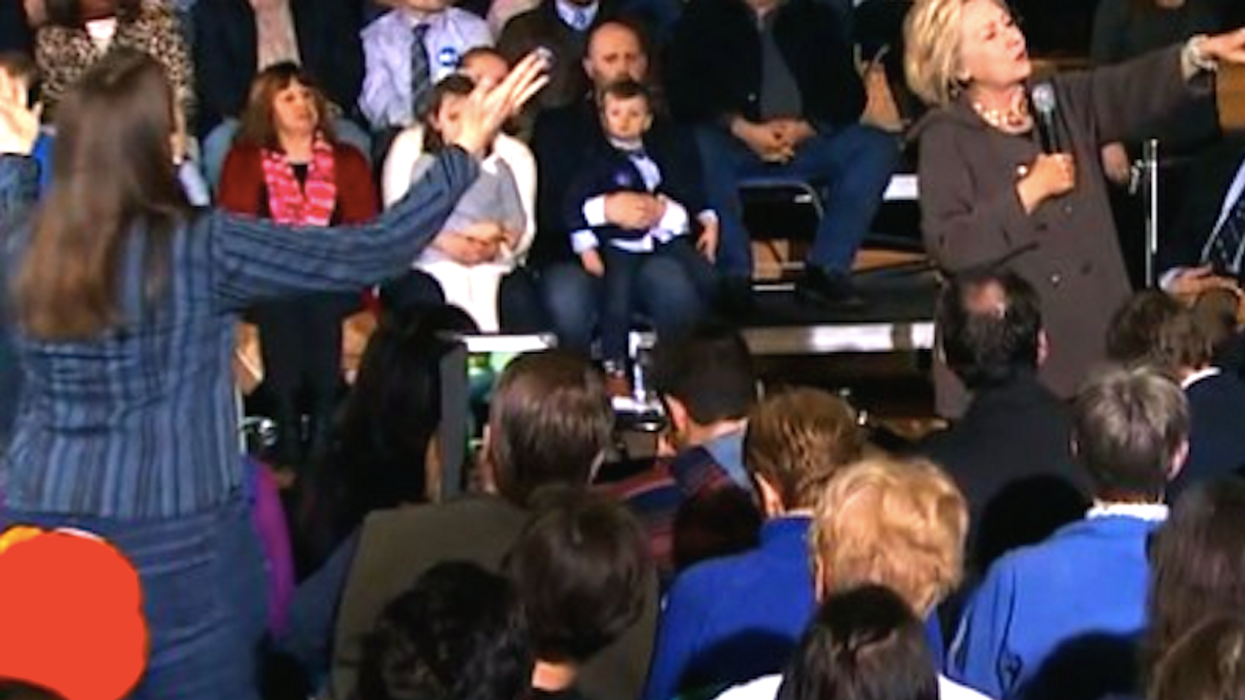 A new piece from the New York Times published this weekend and focusing on the rightward shift of south Texas politics included a remarkable quote from a voter highlighting the deep divides in the U.S. over basic understandings of social reality.

Reporter Jennifer Medina peered into Hidalgo County, which contains the city of McAllen. Democratic U.S. Rep. Vincente Gonzalez represents the area, and his is considered one of the most at-risk seats in the party heading into the 2022 midterms. He explained the Republicans’ recent strength in the area by pointing “in part to misinformation, particularly on YouTube and other forms of social media.”

And then the Times quoted 40-year-old voter Elisa Rivera, who voted for Hillary Clinton in 2016 but turned to the GOP in 2020, to clearly illustrate Gonzalez’s point:

“I was following along the family tradition, my dad is a hard-core Democrat, my father was really for unions, and I thought the Democrats defended the union,” Ms. Rivera said, before adding: “But then I started to research myself and found out the Democrats are supporting witchcraft and child trafficking and things like that, things that get censored because they get labeled conspiracy theory.”

Oddly, the Times report does nothing to point out that her specific claims are completely false. Democrats do not support witchcraft and child trafficking — these are complete delusions.

Rivera is clearly a believer in QAnon, misled by the sprawling conspiratorial fiction into accepting truly bizarre and baffling claims about American politics. They have no connection to reality, but as Rivera’s claim that she “started to research myself” indicates, they’re tied into a web of liars, scammers, and deluded people who spread these malicious myths online. The fact that someone could go from voting for Hillary Clinton in 2016 to believing in QAnon now is a stark reminder of how quickly these lies can spread and have an impact on political reality.

Even beyond her particular case and the specifics of QAnon ideas, the deep well of misinformation poisoning the right wing and dividing the country into separate epistemic hemispheres is truly alarming. In recent days, Donald Trump has been more openly discussing his lie that the 2020 presidential election was fraudulent and stolen, a belief shared by more than half of Republican voters, according to a recent Ipsos poll. Misinformation about the COVID-19 vaccines, mostly influencing Republicans, is also impeding efforts to eradicate the Covid-19 pandemic.

Governing and living in a country where so many voters are completely disconnected from reality on central matters of political concern is likely to be an escalating problem for the foreseeable future.

Source: https://www.rawstory.com/demographics-of-hillary-clinton-voters/
Droolin’ Dog sniffed out this story and shared it with you.
The Article Was Written/Published By: Cody Fenwick, AlterNet