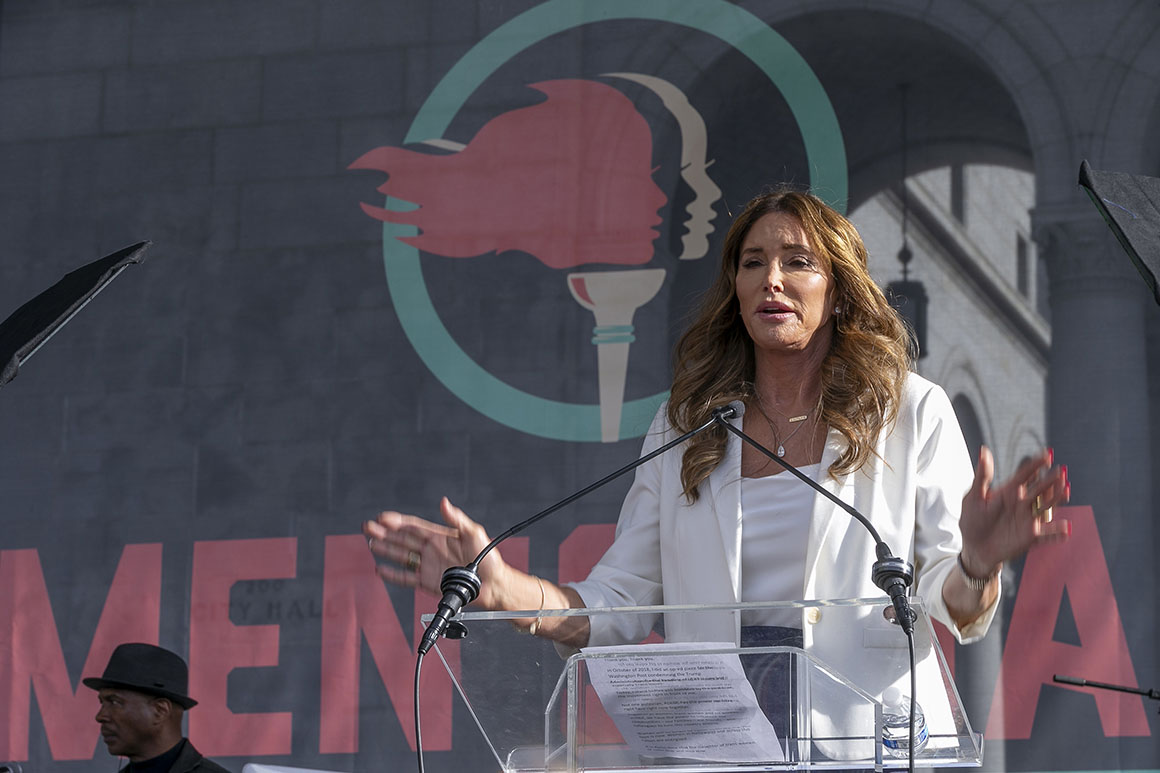 Caitlyn Jenner, a Republican candidate for California governor, said in a new interview that female transgender athletes should be barred from competing on all-girls school sports teams.

“This is a question of fairness,” Jenner told TMZ on Saturday. “That’s why I oppose biological boys who are trans competing in girls’ sports in school. It just isn’t fair, and we have to protect girls’ sports in our schools.”

The remarks from Jenner — one of the most high-profile transgender Americans and a former Olympic gold medal-winning decathlete — reflect the efforts of several state legislatures to restrict transgender women and girls from participation in high school and college sports.

The comments also come as Jenner enters the second full week of her candidacy to replace embattled Democratic Gov. Gavin Newsom in a recall election. State Republicans had been critical of her relative silence in recent days since formally launching her campaign last month.

Jenner, a socialite and reality television personality, revealed she was transgender in a 2015 interview with ABC News’ Diane Sawyer that was widely regarded as a watershed moment for LGBTQ issues and the visibility of transgender people. But activists have frequently criticized Jenner’s conservative politics and support for a Republican Party historically averse to advancing LGBTQ rights.

In a tweet on Sunday responding to Jenner’s remarks, Equality California — the nation’s largest statewide LGBTQ civil rights organization — wrote that Jenner “is willing to sacrifice the health & well-being of #trans kids to win votes,” while Newsom “is not. It’s that simple.”

Source: https://www.politico.com/news/2021/05/03/jenner-transgender-ban-sports-schools-485214
Droolin’ Dog sniffed out this story and shared it with you.
The Article Was Written/Published By: Quint Forgey