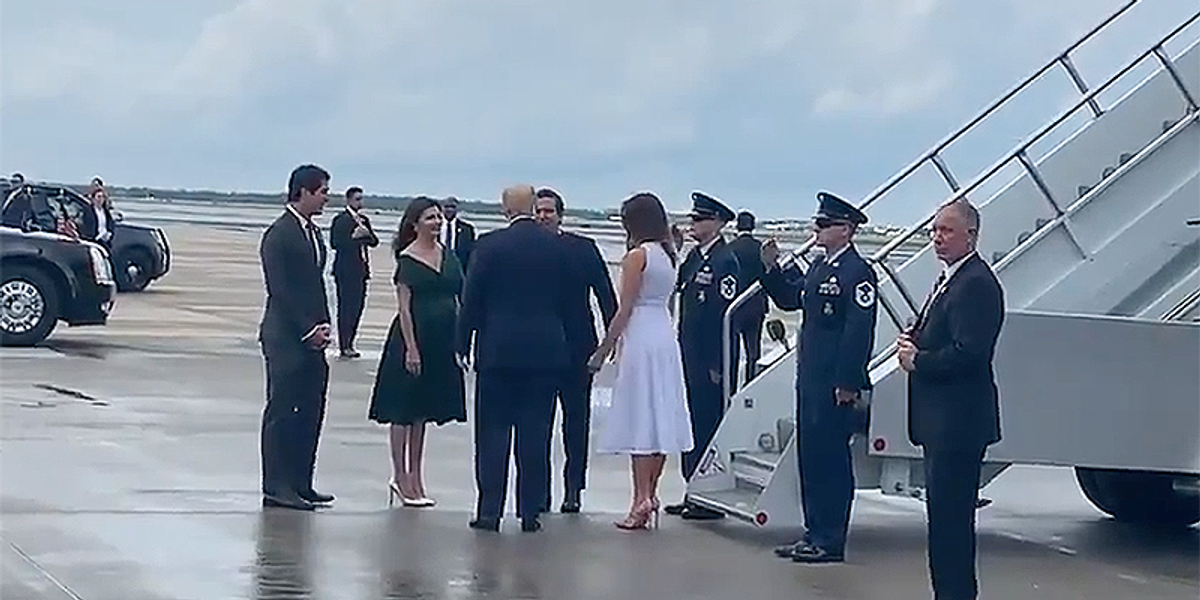 On Wednesday, CBS News revealed that Rep. Matt Gaetz (R-FL) went to the Bahamas in late 2018 or early 2019 with a marijuana entrepreneur and hand surgeon that ultimately triggered a sex trafficking investigation.

Whether the escorts were hired for sex across state or international lines is part of the investigation by the Justice Department, and it includes both Gaetz and Pirozzolo as part of that probe.

A new development occurred Thursday when an old video was unearthed of then-President Donald Trump and first lady Melania Trump meeting Pirozzolo as they landed in Orlando in June 2019, months after the now-infamous Bahamas trip. Trump was there to launch his 2020 presidential campaign with a large rally.

He, Gov. Ron DeSantis (R-FL) and Casey DeSantis were the only three guests waiting on the tarmac in Orlando that day. It’s unknown who helped Pirozzolo score the unique opportunity to greet the president.

Source: https://www.rawstory.com/trafficking-suspect-meets-trump-desantis/
Droolin’ Dog sniffed out this story and shared it with you.
The Article Was Written/Published By: Sarah K. Burris