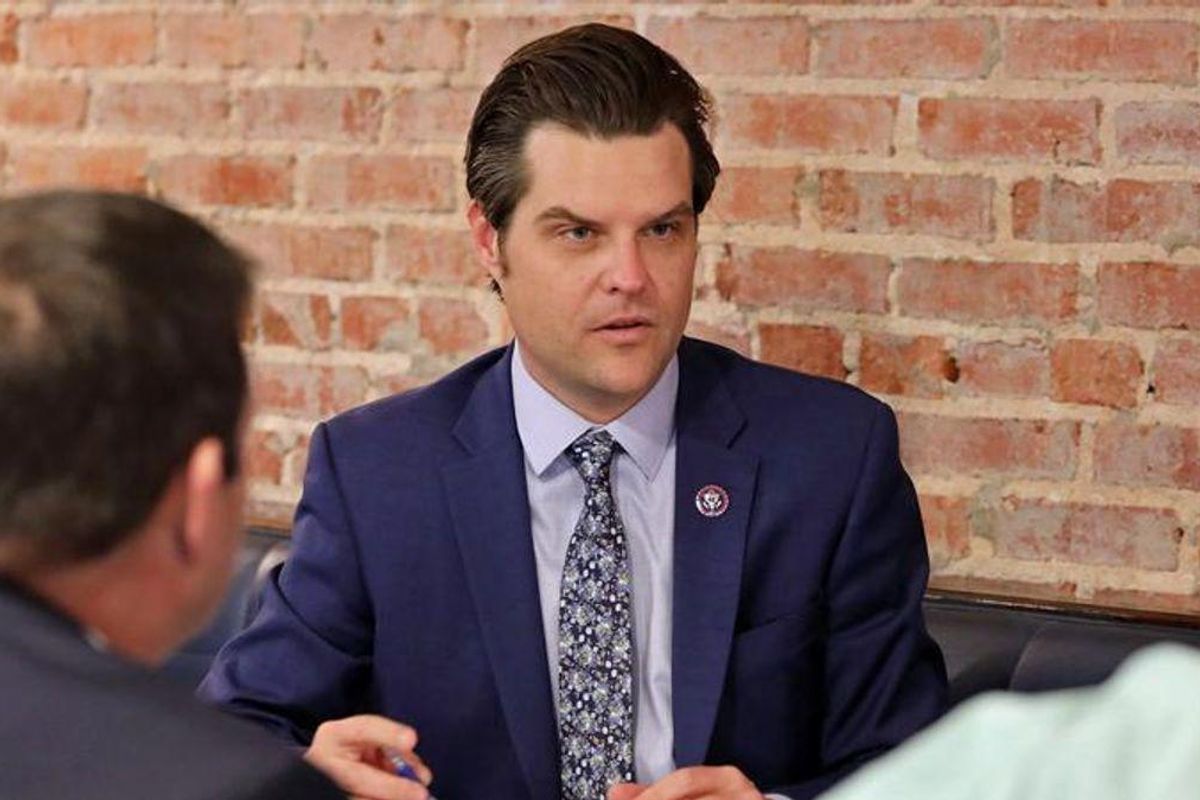 Embattled Rep. Matt Gaetz (R-FL) is feeling the heat as his close friend Joel Greenberg’s attorney said he client was “likely” to strike a plea deal with federal prosecutors before May 15th.

Following a status hearing before a judge, Greenberg attorney Fritz Scheller spoke to reporters outside the courthouse.

“Does Matt Gaetz have anything to worry about?” a reporter asked.

Scheller repeated the question back to reporters, “And you’re asking me to get into the mind of Matt Gaetz?”

“I am sure Matt Gaetz is not feeling very comfortable today.” — Fritz Scheller, attorney for Joel Greenberg, associ… https://t.co/CnIDAafnWb

Source: https://www.rawstory.com/matt-gaetz-joel-greenberg/
Droolin’ Dog sniffed out this story and shared it with you.
The Article Was Written/Published By: Bob Brigham