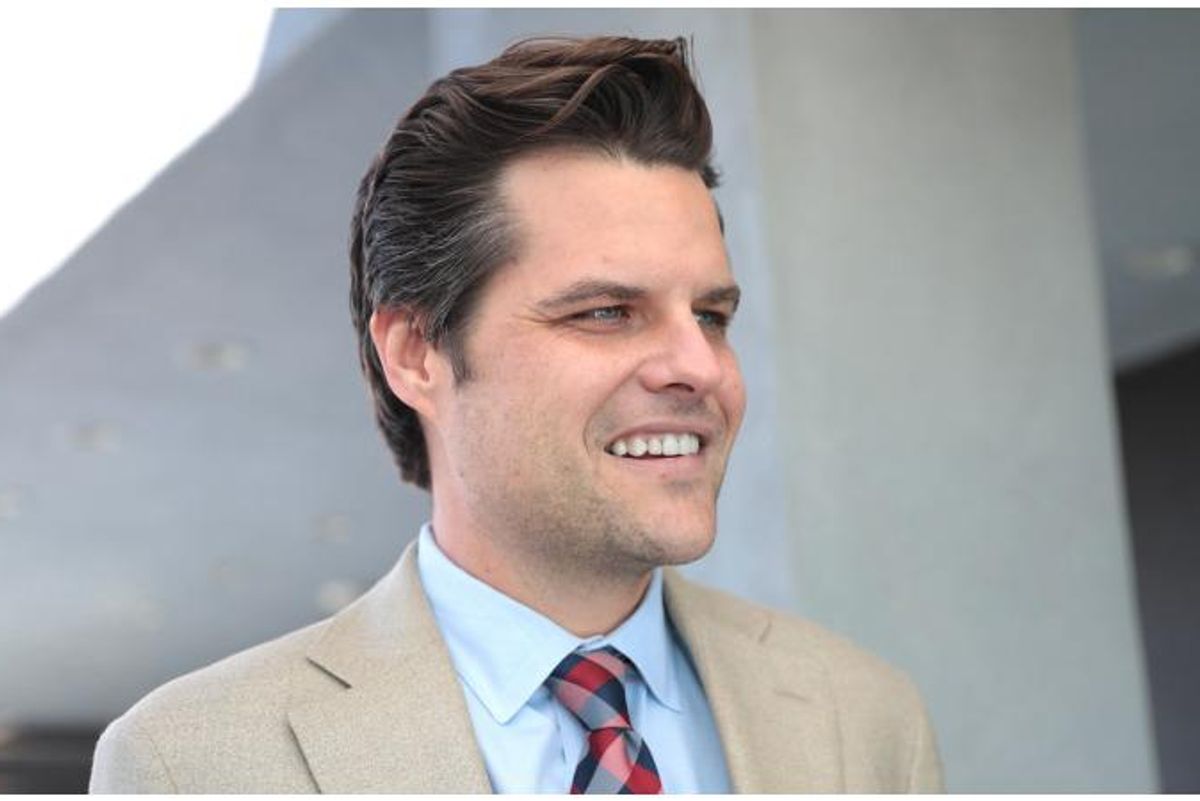 A billboard popped up in the Florida district represented by GOP Congressman Matt Gaetz, saying that he “wants to ‘date’ your child,” the Daily Mail reports.

The billboard’s appearance comes as Gaetz is being investigated for allegedly sex-trafficking a minor and other crimes. The billboard was paid for by Mad Dog PAC, whose stated goal is to “Fight Fascism” and “Stop Trump.”

Hot off the presses baby! Here it is! The Mad Dog PAC #MattGaetz #Shame billboard! We are SO PROUD! Will you chip… https://t.co/5xhAdfE1Rm

So far, Gaetz has not been charged with a crime and he has vehemently denied the accusations.

Read more at the Daily Mail.

Source: https://www.rawstory.com/matt-gaetz-billboard/
Droolin’ Dog sniffed out this story and shared it with you.
The Article Was Written/Published By: Sky Palma