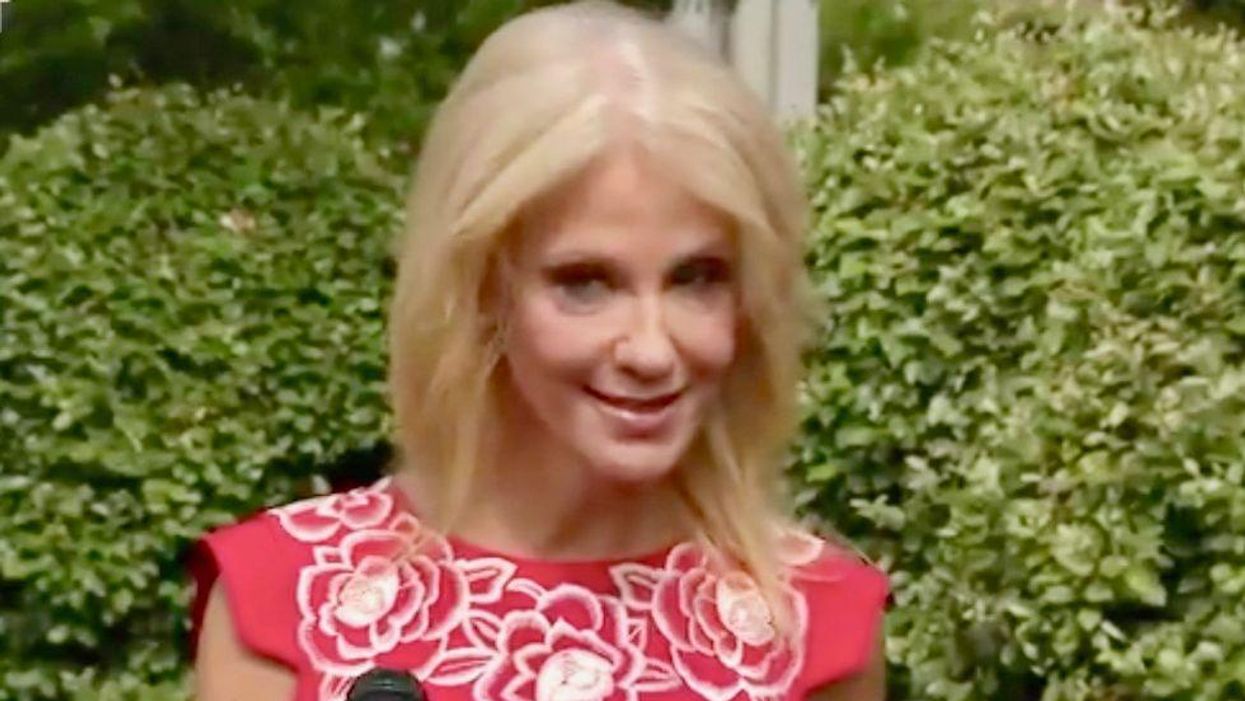 Tuesday it was announced that former Housing and Urban Development staffer Lynne Patton settled with the Merit Systems Protection Board (MSPB) over Hatch Act violations while she served in the office during the Trump administration.

In the wake of the announcement, many wondered if it was race-motivated since none of the white staffers in President Donald Trump’s administration have been held accountable for their many alleged Hatch Act violations.

As Citizens for Responsibility and Ethics (CREW) president Noah Bookbinder explained in a Twitter thread Wednesday, the accountability wasn’t racially motivated, nor are some Trump officials out of the woods yet. There are still open cases at the Office of Special Counsel (OSC) reviewing the final months of the Trump administration and the role that some had in violating the Hatch Act.

“OSC believes though that the law does not allow them to refer White House appointees like Conway for discipline,” Bookbinder outlined on Twitter. “OSC believes the law only allows them to recommend to the president that White House officials like Conway and Peter Navarro be disciplined for repeated violations. They did this, recommending that Conway be fired. Then-president Donald Trump ignored their recommendation.”

The same thing happened when the OSC filed a report to President Joe Biden in February about former Denmark Ambassador Carla Sands. She was found to have violated the Hatch Act during the final months of the Trump term but as a Senate-confirmed Trump appointee, all the OSC believed could be done is to inform the president that they agree she violated the law. Given she was already out of office, Biden couldn’t fire her.

The same was true for Conway, who was cited by CREW to have violated the Hatch Act at least 50 times in less than a year. At the time, Trump’s own appointee, Special Counsel Henry Kerner suggested that Conway be removed from her position due to inaction over her previous violations.

It’s one of many reasons that ethics experts have called for a rewriting of the Hatch Act to ensure White House staff and political appointees are held to the same standard as agency staffers like Lynne Patton.

The OSC is reviewing several other cases and one of those is the former Acting Secretary of the Department of Homeland Security Chad Wolf. While normally as a Senate-confirmed political appointee Wolf would get a note sent to the boss like Sands and Conway did, Wolf was never actually confirmed by the Senate to the post. To make matters more complicated, a federal judge ruled last November that Wolf was unlawfully serving in the post.

“Wolf was not lawfully serving as Acting Secretary of Homeland Security under the HSA [Homeland Security Act] when he issued the Wolf Memorandum” that suspended DACA, said Judge Nicholas Garaufis in his ruling.

As NBC News reported at the time, Judge Garaufis “described an illegitimate shuffling of leadership chairs at the Department of Homeland Security…”

“Based on the plain text of the operative order of succession neither Mr. McAleenan nor, in turn, Mr. Wolf, possessed statutory authority to serve as Acting Secretary,” the judge said. It then nullified the memo he authored that effectively suspended the DACA program, putting many young immigrants brought to the U.S. as children in the situation that they would have to leave the only country they’ve ever known.

If Wolf was never “lawfully” the secretary of Homeland Security, how can he be protected by the OSC decision that would merely send a finger-wagging note to the president? It will be part of the consideration by the OSC in the coming months.

Bookbinder and CREW agree that the Hatch Act needs some work to turn it into a law that has consequences for breaking it.

“The law needs to be changed to make clear that OSC can take disciplinary action against White House appointees,” he explained. “A bill called the Protecting Our Democracy Act would do that, along with other key reforms to stop abuses of power. Congress must pass it.”

CREW policy director Jennifer Ahearn outlined how that could help improve the checks and balances disregarded by the Trump administration.

The Protecting Our Democracy Act would strengthen “the Office of Special Counsel, the agency in charge of enforcing Hatch Act compliance. The Trump administration vividly demonstrated how OSC’s weaknesses created two tracks for executive branch employee compliance: Civil service and lower-level appointees face standards adjudicated by the independent Merit Systems Protection Board, but higher-level employees appointed by the president are exempt and so may avoid consequences if the president chooses.”

Read the full explanation about the specifics of the Act at The Fulcrum.

Source: https://www.rawstory.com/kellyanne-conway-hatch-act-accountability/
Droolin’ Dog sniffed out this story and shared it with you.
The Article Was Written/Published By: Sarah K. Burris