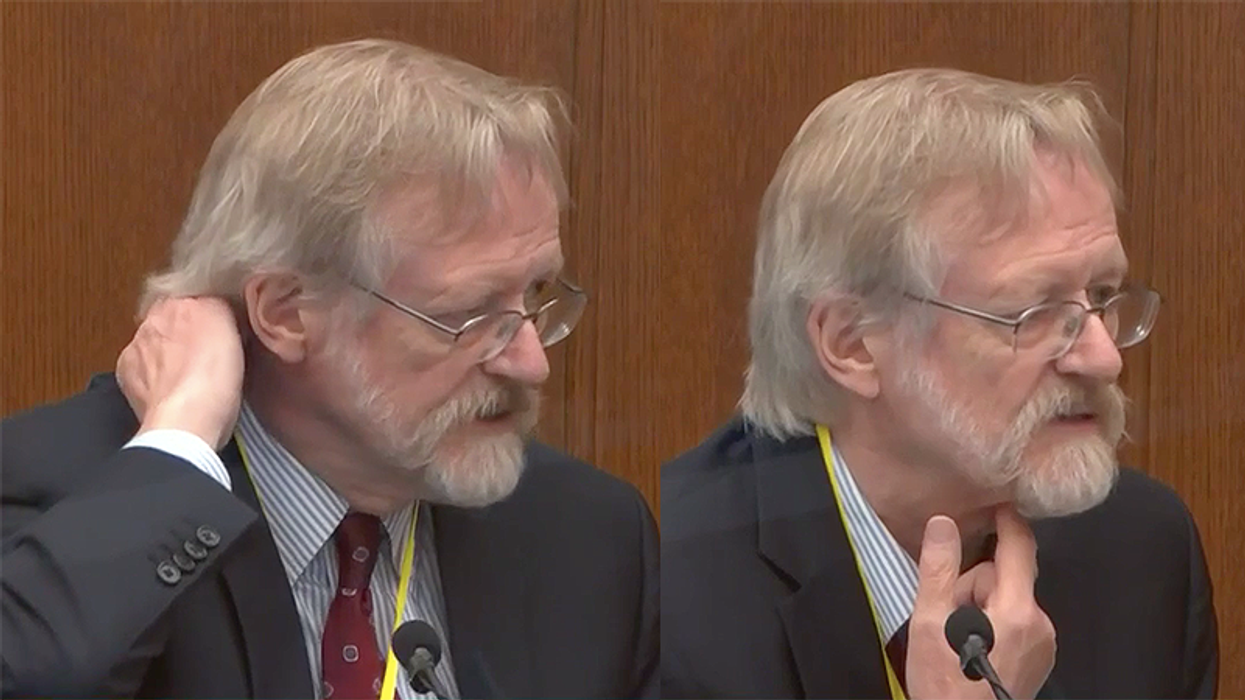 Award-winning pulmonology expert Dr. Martin J. Tobin testified in the Derek Chauvin trial Thursday, walking jurors through the physical impact of what the former office did to George Floyd.

According to the pool report from reporters inside the courtroom, jurors followed the doctor’s instructions, feeling their necks and the back of their heads to understand what he was describing.

“Mr. Floyd died from a low level of oxygen. And this caused damage to his brain that we see, and it also caused [an arrhythmia] that caused his heart to stop,” Dr. Tobin explained.

He further explained that compressing the hypopharynx (the bottom part of the throat) made breathing extremely difficult, like the only air he could get was through a straw. He was putting the majority of his body weight on the knee that was on Floyd. With an officer’s knee on his back, Floyd was being squished between the street below him and the knee at the back of his lungs.

Dr. Tobin says that in the image on the right, it’s visible how Chauvin has increased the pressure leading to more… https://t.co/9isNpumNQn

“The cause of the low-level of oxygen was shallow breathing, small breaths…shallow breaths that weren’t able to c… https://t.co/RlJgD2DYrk

George Floyd was being “squashed between the two sides,” meaning between the officers on top of him and the street… https://t.co/pbdm09qCWs

Chauvin wouldn’t look at the images as Dr. Tobin walked through the specifics of what happened and how Floyd died.

Echoing Wednesday’s testimony from a use of force expert, Tobin says Chauvin was using most of his body weight to r… https://t.co/00wYyyhj4P

See an excerpt of the video below:

Dr. Martin Tobin: “Mr. Floyd died from a low level of oxygen. And this caused damage to his brain that we see, and… https://t.co/87eiUvxTLv

Dr. Tobin is giving the jury a clinic on anatomy, pulmonology and physics. https://t.co/QKbawNWjij

Source: https://www.rawstory.com/jurors-derek-chauvin-throat-doctor/
Droolin’ Dog sniffed out this story and shared it with you.
The Article Was Written/Published By: Sarah K. Burris