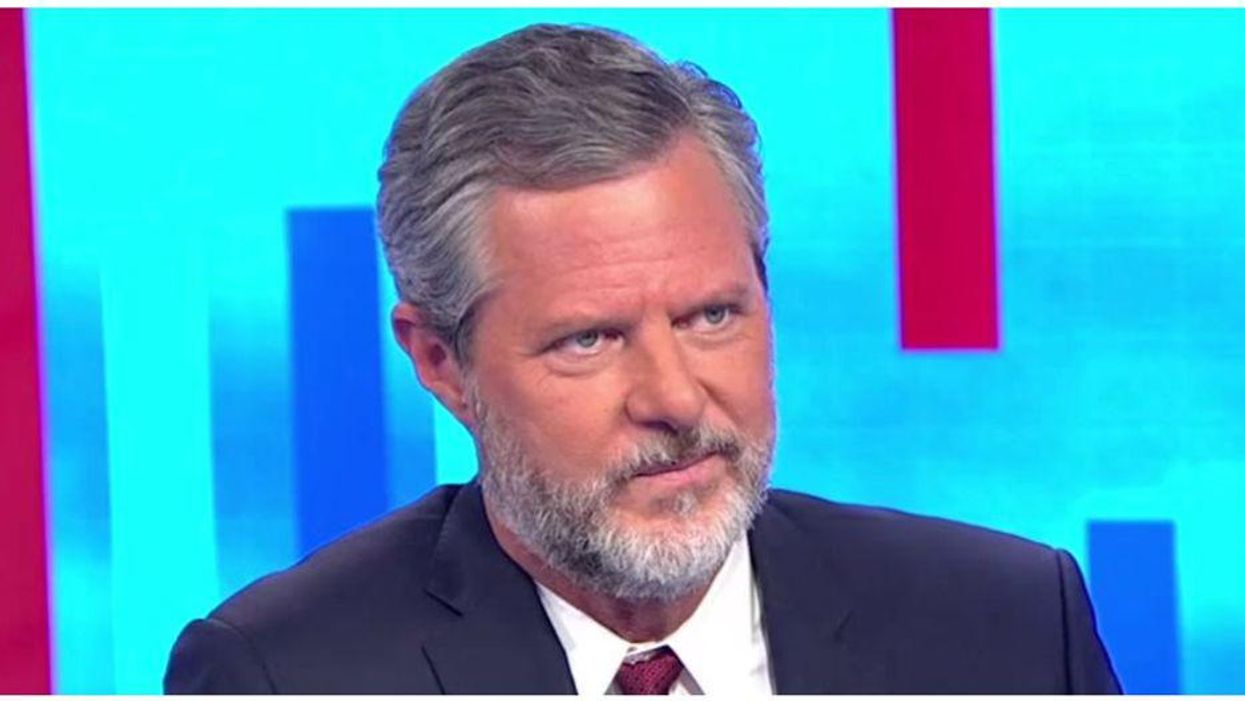 Disgraced former Liberty University President Jerry Falwell Jr. this week encouraged his followers to get vaccinated for the novel coronavirus, if for no other reason than to stick it to Virginia Gov. Ralph Northam.

“Please get vaccinated so our nutcase of a Governor will have less reasons for mindless restrictions!” Falwell wrote.

Falwell, a longtime ally of former President Donald Trump, resigned as Liberty University chief last year after a former “pool boy” claimed that he was essentially recruited to have sex with Falwell’s wife, Becki, while Falwell watched.

The pool attendant in question, a man named Giancarlo Granda, also told CNN last summer that both Falwell and his wife exhibited “predatory” behavior and he claimed that the former Liberty University boss would regularly threaten him if he told anyone about his sexual relationship with the family.

Source: https://www.rawstory.com/jerry-falwell-jr-tells-followers-to-get-vaccinated-so-nutcase-governor-ends-restrictions/
Droolin’ Dog sniffed out this story and shared it with you.
The Article Was Written/Published By: Brad Reed