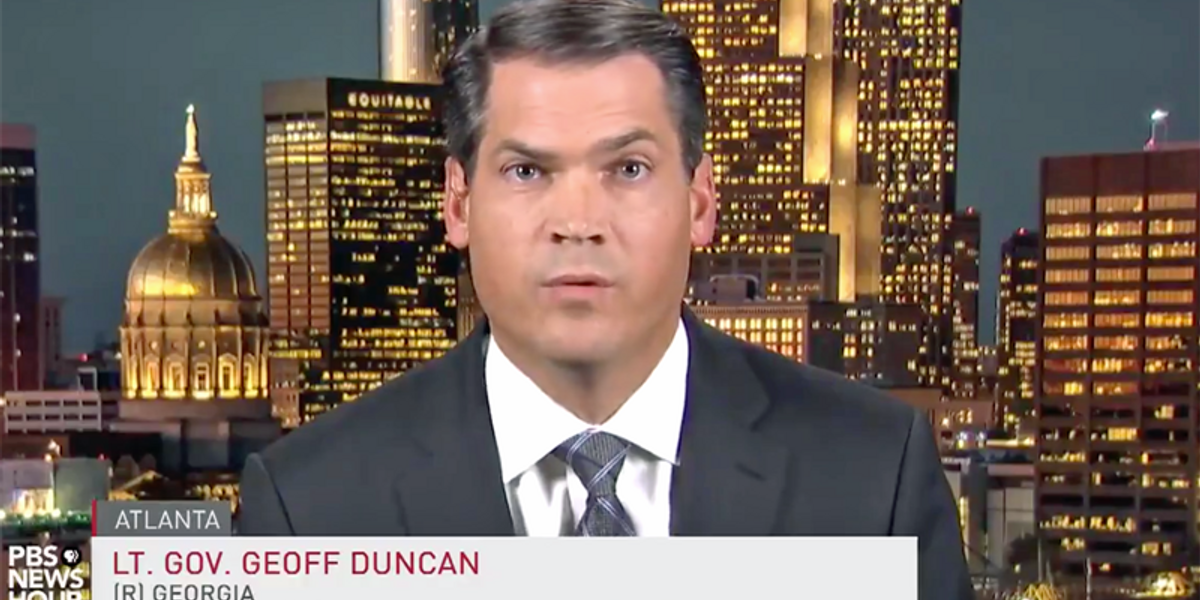 On Thursday, the Atlanta Journal-Constitution reported that GOP Lt. Gov. Geoff Duncan is not expected to run for a second term.

“Lt. Gov. Geoff Duncan is unlikely to run for a second term as the state’s No. 2 politician, according to a senior aide who said the Republican is instead expected to focus on his ‘GOP 2.0’ initiative to reframe the party in a post-Trump era,” reported Greg Bluestein. “Duncan has signaled for months that he would not seek reelection, but he’s declined to say publicly whether he will stand for another term. The official, who spoke on condition of anonymity, said Duncan’s decision has not yet been finalized.”

Duncan, a conservative Republican and the second-in-command to Gov. Brian Kemp, has made waves by criticizing Georgia’s controversial SB 202, the GOP-backed voting legislation that has been called a new Jim Crow law.

Although Duncan has maintained some of the bill’s provisions are good for the voting process, he has particularly criticized the section allowing partisan legislators to effectively take over county election administration, and the section banning people from giving people in voting lines food and water, likening his party’s behavior to “a professional sports team being on a long losing streak, and the next day raising their ticket prices.”

He has also singled out former President Donald Trump’s ally Rudy Giuliani for spreading the voter fraud lies that encouraged the legislature to push these changes.

Source: https://www.rawstory.com/geoff-duncan-2651873175/
Droolin’ Dog sniffed out this story and shared it with you.
The Article Was Written/Published By: Matthew Chapman