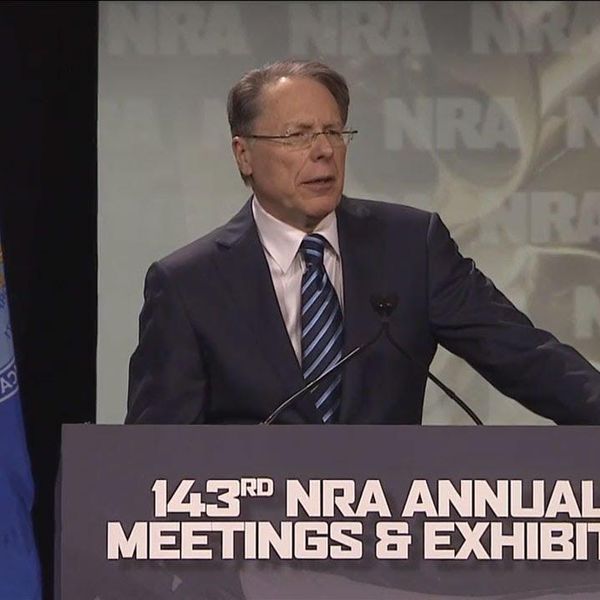 The bankruptcy trial of the National Rifle Association (NRA) called president Wayne LaPierre to the stand Wednesday and the testimony revealed that a lot of secrets were being kept from the board of directors.

The Washington Post reported that he never disclosed that he spent NRA funds on his stay on a 108-foot, luxury yacht when he didn’t feel “safe” anywhere on land on Earth.

He defended the benefits he and his family scored from the group. It basically countered reports that LaPierre cleaned up his unethical use of funds back in 2018 when the New York Attorney General indicated she’d be investigating financial mismanagement

“In testimony Wednesday, LaPierre acknowledged — as other NRA officials had previously — that the full board and general counsel were not informed in advance of the bankruptcy plan,” the Post report explained. “And he expressed regret for not disclosing internally the free trips he accepted on a yacht owned by David McKenzie, a California film producer who is linked to firms that the attorney general’s office has [allegedly] received tens of millions of dollars in contracts over the years from the NRA.”

LaPierre also confessed he hasn’t filled out an NRA conflict of interest disclosure form in years. He has, however, after the lawsuits.

Source: https://www.rawstory.com/nra-wayne-lapierre-admits-scandals/
Droolin’ Dog sniffed out this story and shared it with you.
The Article Was Written/Published By: Sarah K. Burris