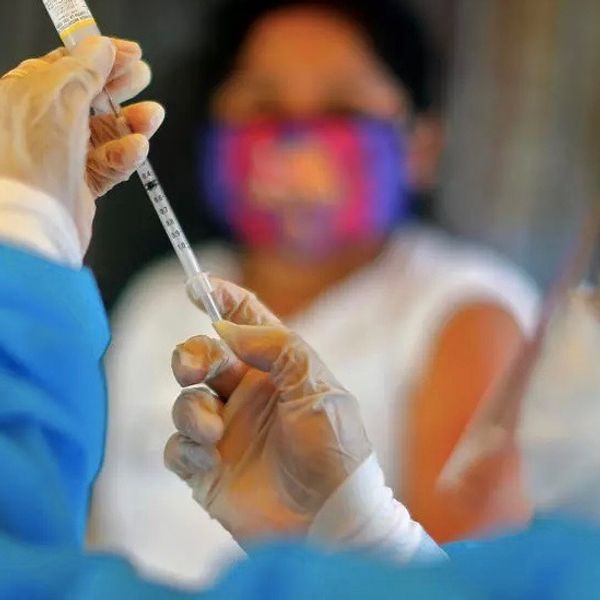 On Wednesday, The New York Times reported that the “British” B.1.1.7 strain of COVID-19, believed to be more infectious, is now the most common source of new cases in the United States.

“The B.1.1.7 variant has likely grown to account for more than 20 percent of all new U.S. cases as of this week, and experts say it will likely exceed 50 percent of them by month’s end,” reported Sheryl Gay Stolberg and Carl Zimmer. “B.1.1.7, the first variant to come to widespread attention, is about 60 percent more contagious and 67 percent more deadly than the original form of the coronavirus, according to the most recent estimates. The C.D.C. has also been tracking the spread of other variants, such as B.1.351, first found in South Africa, and P.1, which was first identified in Brazil.”

“The percentage of cases caused by variants is clearly increasing,” said the report. “Helix, a lab testing company, has tracked the relentless increase of B.1.1.7 since the beginning of the year. As of April 3, it estimated that the variant made up 58.9 percent of all new tests.”

The evidence so far on whether the current vaccines are as effective against the variants are mixed; Moderna’s vaccine at least appears to work against B.1.1.7, although there are other variants that appear more resistant to it. However, even if the vaccines hold up, the higher transmission rate could make it harder to vaccinate enough people to stop the spread. Experts have warned that increases in infectiousness actually kill more people than increases in lethality, because far more people become exposed.

Source: https://www.rawstory.com/british-variant-dominant-strain-us/
Droolin’ Dog sniffed out this story and shared it with you.
The Article Was Written/Published By: Matthew Chapman