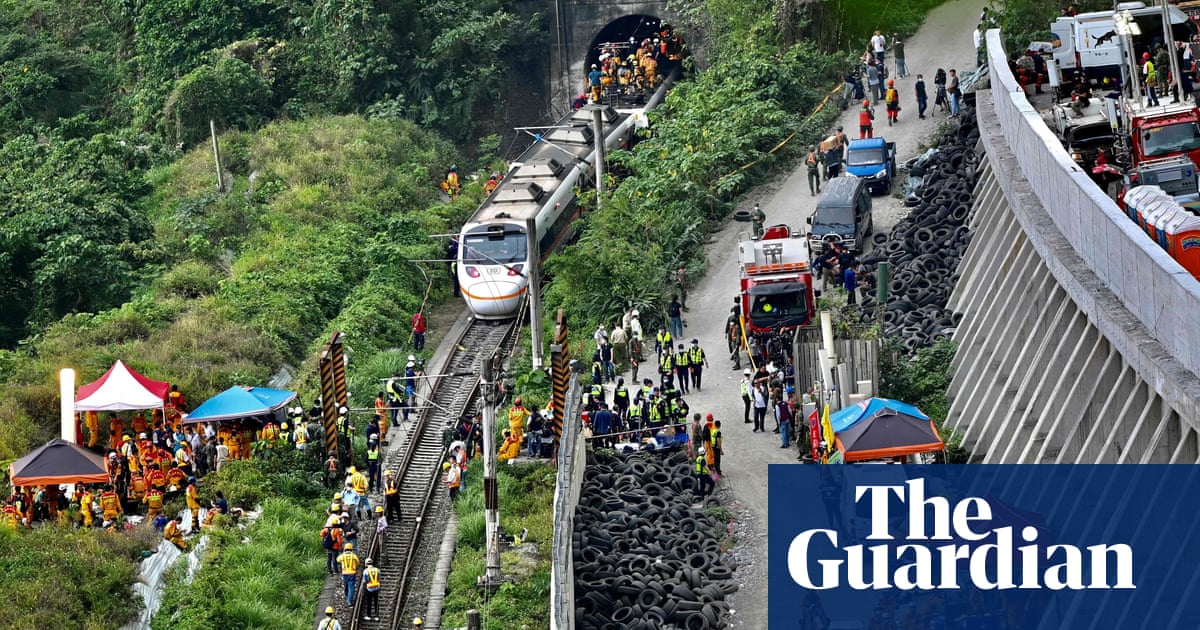 The woman emerged from the wreckage of Taiwan’s worst rail disaster in decades, a scarf tied around her head and blood staining her shirt. “I found myself on the ground. My head was bleeding,” she said. “Someone helped me to wrap it, we broke the window, climbed to the top of the train and got out. There was no space in the tunnel so we had to climb to the top first.”

At about 9.30am local time on Friday the 408 Taroko Express was travelling along the windy east coast line around and through the dramatic mountains and cliffs of Hualien County, reportedly carrying as many as 500 people. Crowded with travellers for the start of the four-day religious Qingming festival, it is likely people were standing in the aisles when the train derailed inside a tunnel, partially flipping and crushing against the walls.

Source: https://www.theguardian.com/world/2021/apr/02/i-couldnt-bear-to-look-taiwan-train-crash-survivors-tell-of-escape
Droolin’ Dog sniffed out this story and shared it with you.
The Article Was Written/Published By: Helen Davidson in Taipei