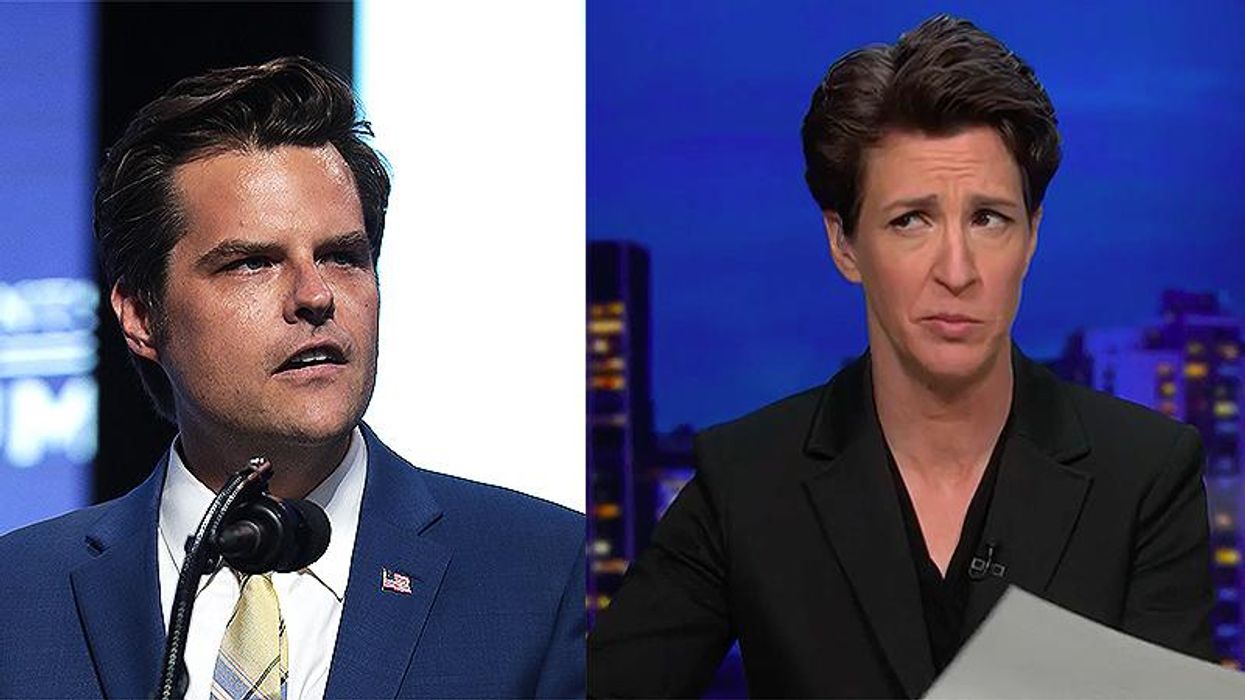 After 24 hours from her extensive report Tuesday, Maddow mocked Greenberg for attempting to send letters from fake students to accuse his former opponent, a teacher, of sexual crimes. The problem, however, is that the school turned it over to the police. Police found them suspicious and upon examination found Greenberg’s fingerprints and DNA on the letters. Given that it went through the mail, that made it a federal crime, and local police turned it over to federal investigators.

While Gaetz’s link to Greenberg was being reported throughout Wednesday’s news shows, Greenberg was slapped with another indictment. Three more superseding crimes include embezzling over $400,000 from the tax collectors office to buy cryptocurrency and autographed sports memorabilia.

After he was initially arrested and out on bond, he committed a whole new set of crimes. According to prosecutors, he claimed his business was impacted by COVID-19 to illegally get PPP funds.

At the same time, ABC News revealed that Gaetz is being looked at for possible crimes in other states and having relationships with more than one minor.

Gaetz denies any involvement in any of the charges.

Source: https://www.rawstory.com/matt-gaetz-joel-greenberg-maddow/
Droolin’ Dog sniffed out this story and shared it with you.
The Article Was Written/Published By: Sarah K. Burris