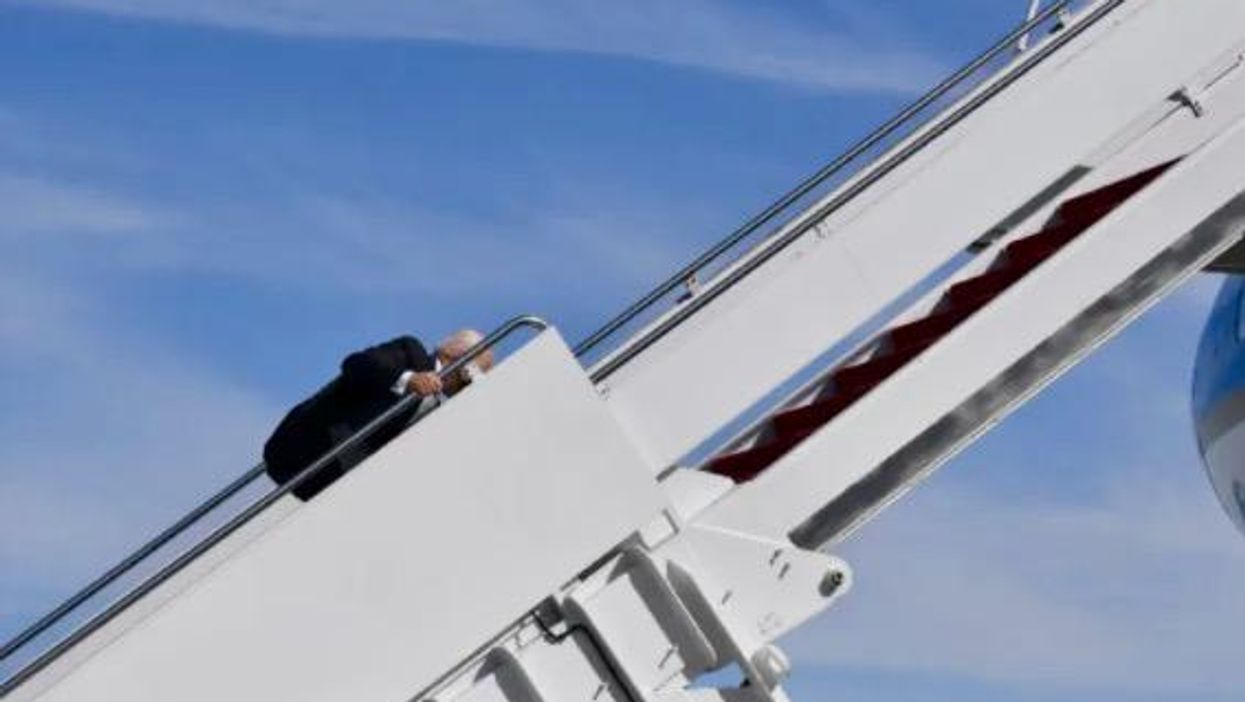 US President Joe Biden on Friday lost his footing and tripped multiple times while walking up the steps to Air Force One.

The American leader, 78, had proceeded swiftly about halfway up the airstairs to the presidential jet when he stumbled.

Holding on to the railing with his right hand, he attempted a quick recovery but tripped again, this time dropping to his knee.

Biden stood up, paused and brushed his left pant leg before he headed up to the top of the airstairs, turned and saluted, and then entered the aircraft.

Air Force One took off shortly afterwards from outside the capital Washington for a flight to Atlanta, where Biden was to meet members of the Asian-American community which has been shocked by a series of shootings in massage parlors.

Biden, the oldest president ever to take office, made a point of hustling to his appearances while on the campaign trail.

Last year he was routinely seen jogging up steps to a stage or towards a podium.

Source: https://www.rawstory.com/joe-biden-stumbles-as-he-boards-air-force-one/
Droolin’ Dog sniffed out this story and shared it with you.
The Article Was Written/Published By: Agence France-Presse