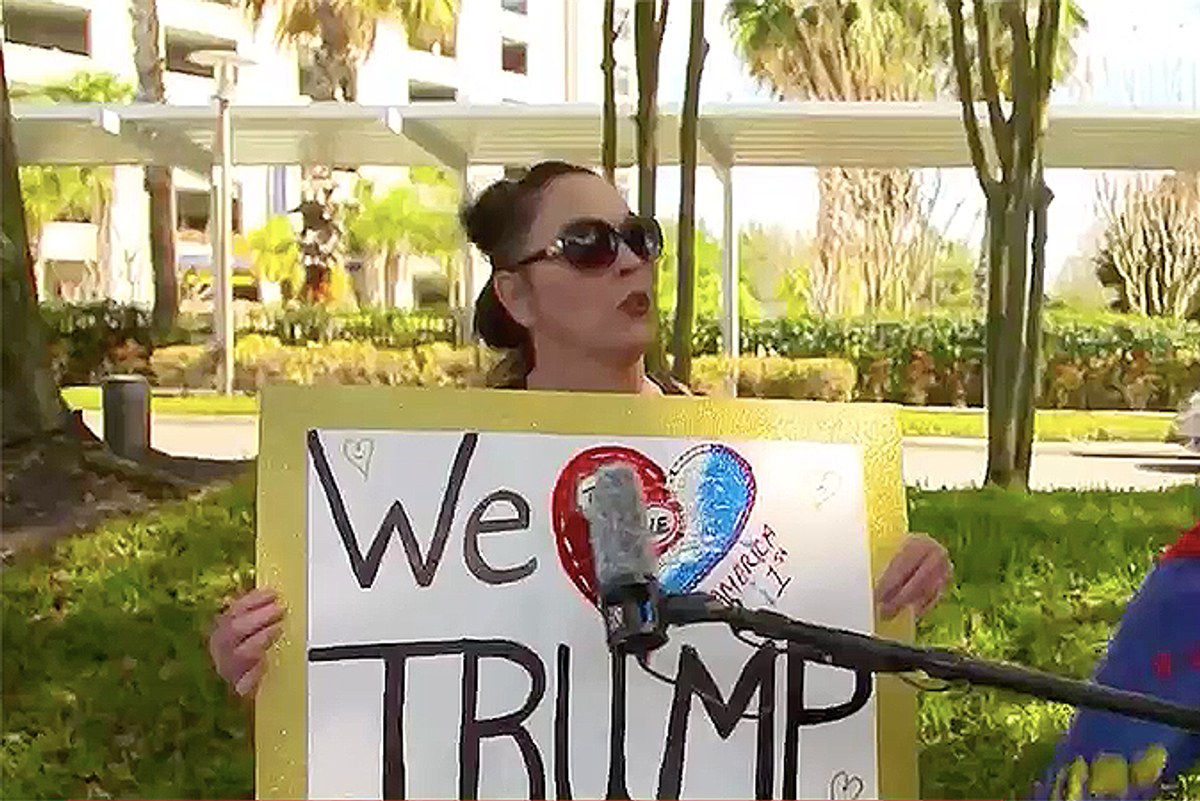 Speaking to CNN outside of CPAC, a group of supporters for President Donald Trump disputed his fans’ role during the attack on the U.S. Capitol on Jan. 6.

Donie O’Sullivan interviewed one woman who said that she believed that Trump won the 2020 election, but she wanted him to move on from his claims about it because she thought it would turn people off of supporting him.

“Maybe tell people how he feels about the election,” said one woman in a MAGA hat. “Not so much to focus on it was stolen but it was sad some of the things that happen and we need to move forward as a country.”

She explained: “I don’t want him to focus on that because people will tune him out.”

“Do you think it’s important for Trump today to come out and condemn the January 6th insurrection?” asked O’Sullivan.

“But all the Trump supporters that have been arrested by the FBI and indicted,” said O’Sullivan.

“The FBI’s a little iffy right now, do you not agree the FBI has had their problems?” she asked.

“Is there any — you don’t trust the election officials?” the reporter asked.

“You don’t trust the FBI?” he also asked.

“You don’t trust the courts?”

“Trump and his supporters,” she said. “And anybody that has — that when I listen to them talk they don’t turn my stomach with the disingenuousness.”


‘The FBI is a little iffy right now’

Source: https://www.rawstory.com/qanon-trump-fans-cpac-conspircies/
Droolin’ Dog sniffed out this story and shared it with you.
The Article Was Written/Published By: Sarah K. Burris