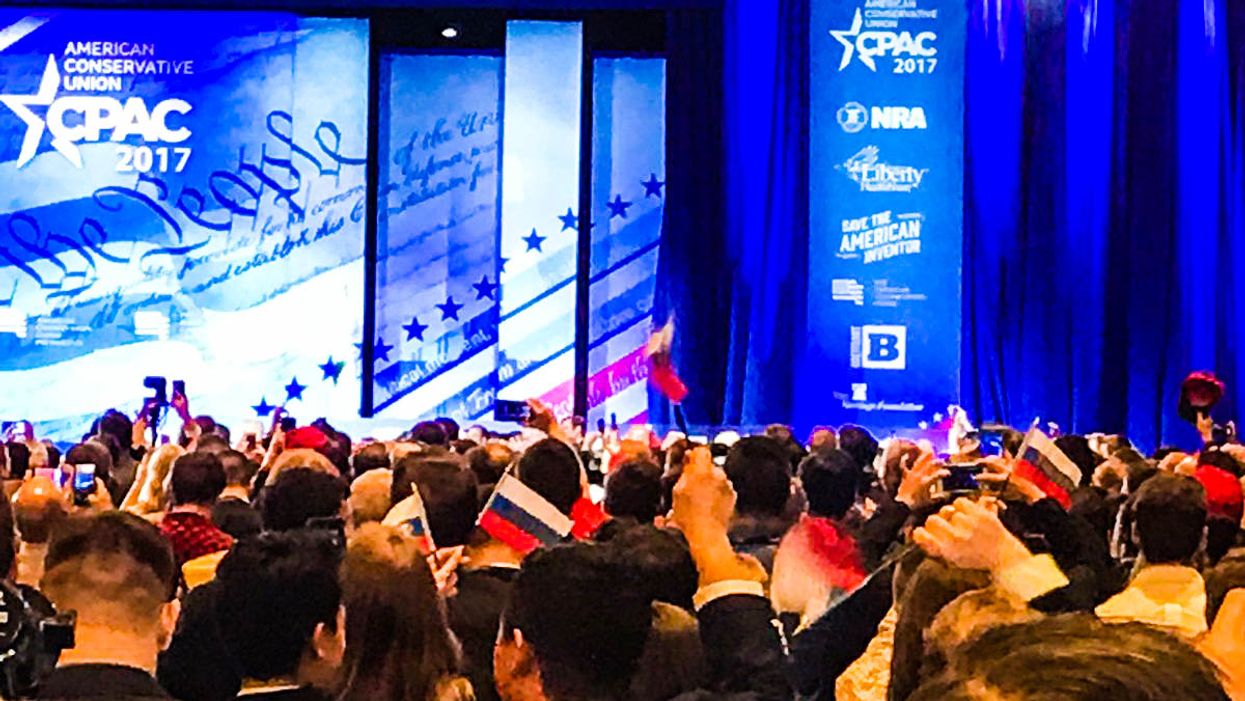 One of the speakers booked for the 2021 Conservative Political Action Conference was a musician and conspiracy theorist named Young Pharaoh, who according to Media Matters’ Eric Hananoki, has a history of “virulently anti-Semitic” posts.

After Media Matters posted its story exposing his comments, CPAC announced it was pulling his speaking slot:

CPAC 2021 is set for Feb. 25-28 in Orlando, Florida, where the lineup of far-right speakers will include former President Donald Trump as well as former Secretary of State Mike Pompeo, Sen. Ted Cruz of Texas, Florida Gov. Ron DeSantis, Former White House Press Secretary Sarah Huckabee Sanders and South Dakota Gov. Kristi Noem. Pharaoh was scheduled to speak on Sunday, Feb. 28 — the last day of the four-day event — at a session called “Please Check the Number and Dial Again: Doubt, Dysfunction, and the Price of Missed Opportunities.” Feb. 28 is also the day that Trump is scheduled to speak.

According to Hananoki, Pharaoh has “promoted the QAnon and Pizzagate conspiracy theories” and made the false claim that vaccines for COVID-19 will “alter your DNA.” And he has described Judaism as a “complete lie” that is “made up for political gain” and posted that “all the censorship & pedophilia on social media is being done by Israeli Jews.” Pharaoh, Hananoki notes, has posted that “all of these big tech (companies), media, & social media platforms are controlled by CCP & Israel through Jewish CEO & corrupt Democrats” — and he has even attacked far-right radio host Ben Shapiro for being Jewish.

Media Matters has posted screenshots of Pharaoh’s anti-Semitic tweets with Hananoki’s article. These are some of them:

CPAC, according to Hananoki, described Pharaoh as a “philosopher, scholar, musician” and links to youngpharaoh.net, which redirects to a website called “Pharaoh Aten University.”

Source: https://www.rawstory.com/cpac-2650717014/
Droolin’ Dog sniffed out this story and shared it with you.
The Article Was Written/Published By: Alex Henderson, AlterNet