With the help of 11 snowshoe-clad volunteers, a Finnish artist has created an incredible ethereal and ephemeral ‘landscape’ artwork near the Finnish capital Helsinki, all made with thousands of footsteps.

Local resident and amateur artist Janne Pyykko designed on his computer the complex geometric patterns which would later adorn the snow above a local golf course, before sharing the designs with his volunteer co-creators. 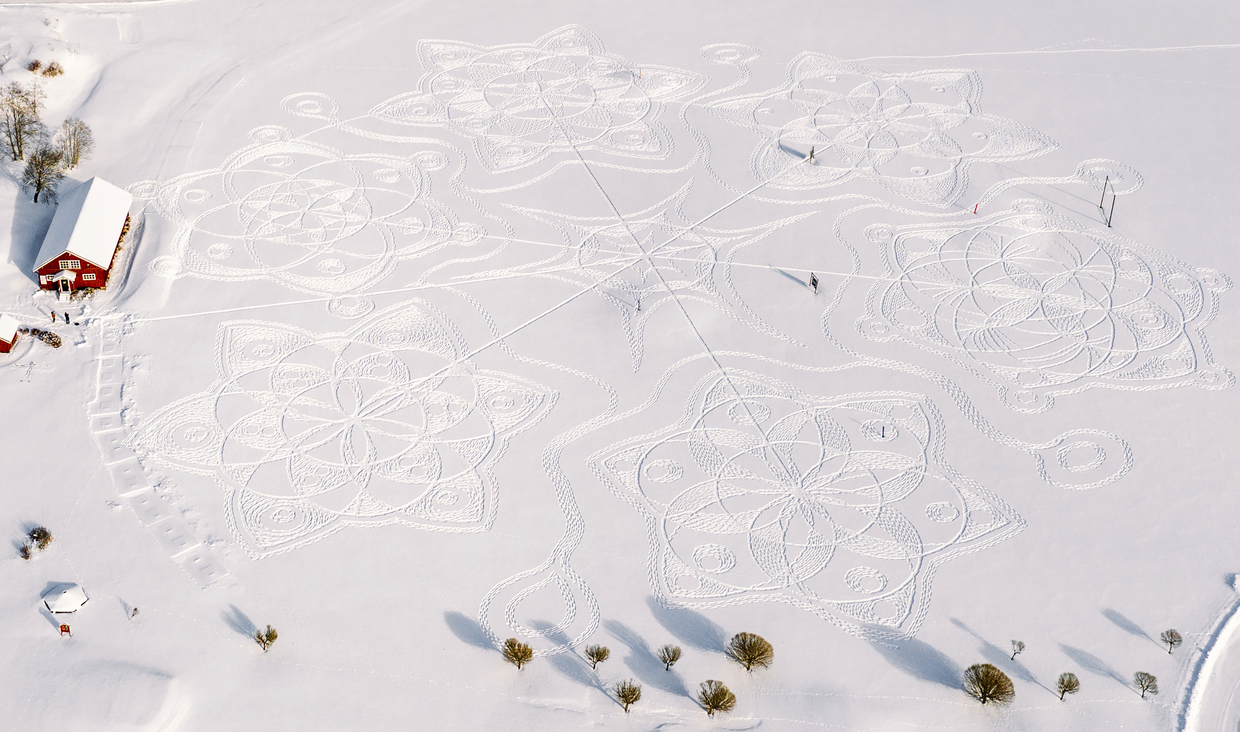 The central pattern is surrounded by six giant snowflakes, with the entire piece measuring 160 meters (525 feet) in diameter and taking a full two days to realize. 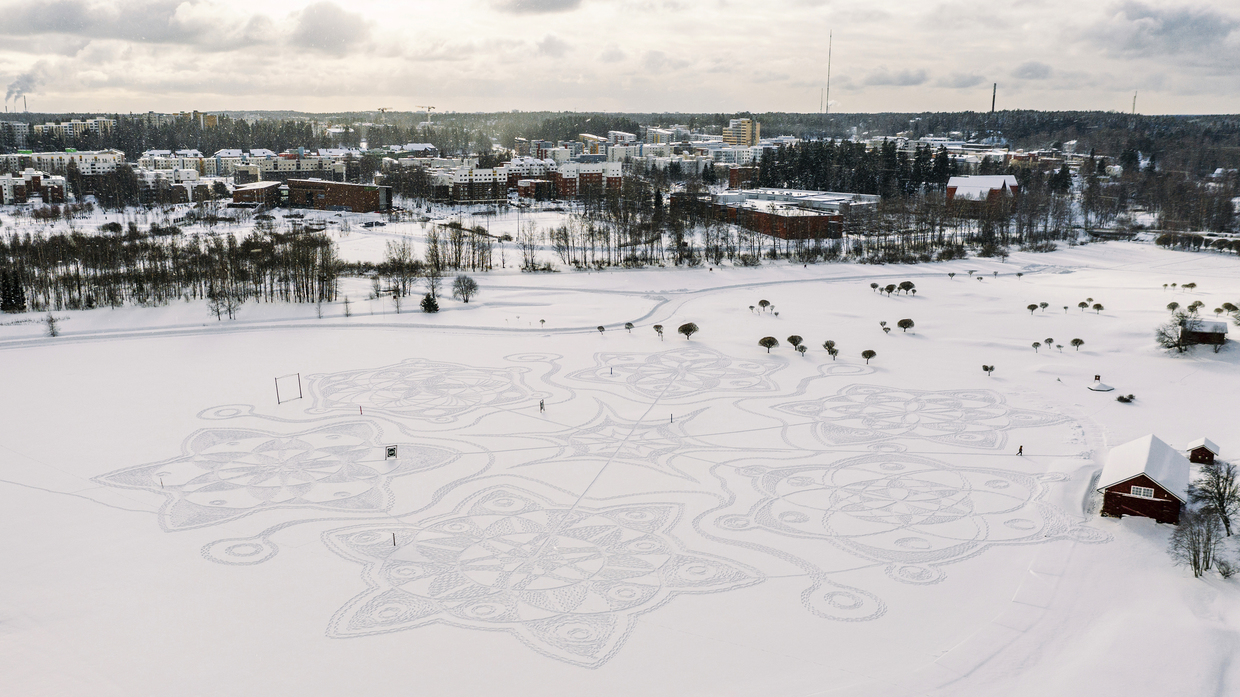 Finnish newspaper Helsingin Sanomat even reported it may be the largest snow-art ever produced in the country. Pykko said it was “both a social challenge and a visual challenge,” given the amount of measuring and planning required to pull off such a magnificent spectacle. 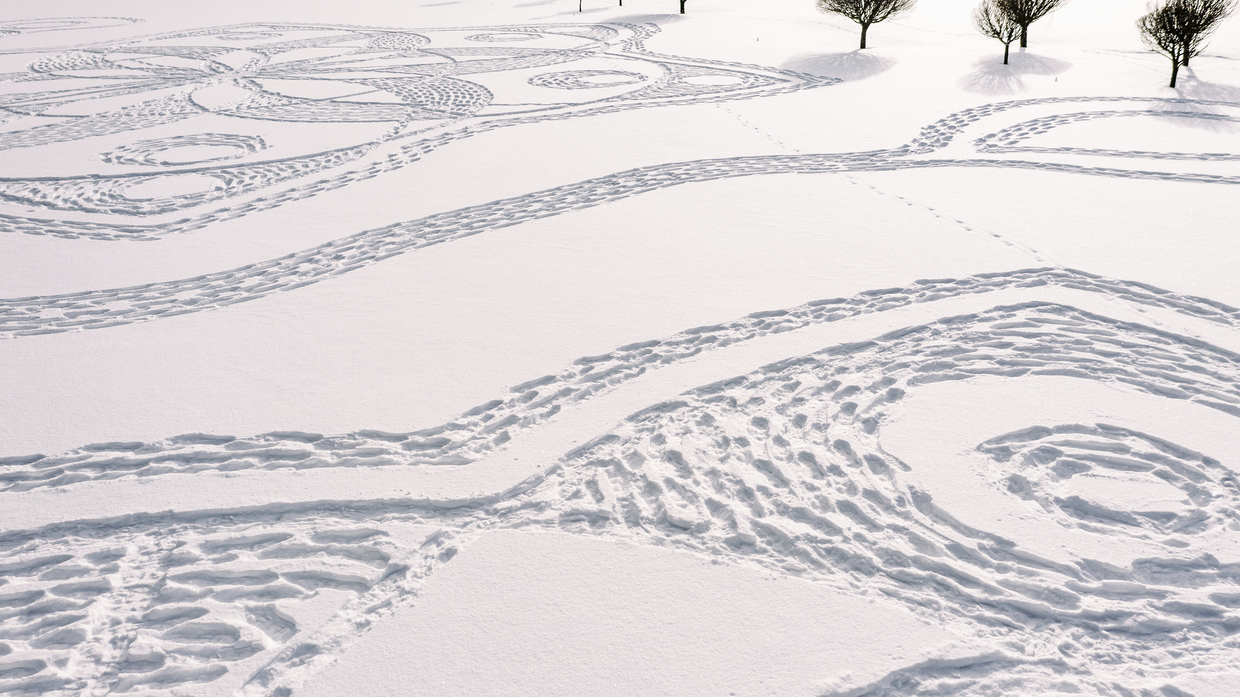 The element of what he dubbed a “social challenge” was coordinating how he wanted the participants to walk, keeping to his exact specifications which he had mapped out on a computer beforehand. He has created similar, but smaller, ‘landscape’ works of art before, as showcased on his YouTube channel.

The artwork will last only until the next snowfall or heavy winds erase the footprints but thankfully a number of spectacular drone photos captured the majesty of the work from above.

Source: https://www.rt.com/news/515472-temporary-snow-sculpture-finland/?utm_source=rss&utm_medium=rss&utm_campaign=RSS
Indie Brew found this story and shared it with you.
The Article Was Written/Published By: RT