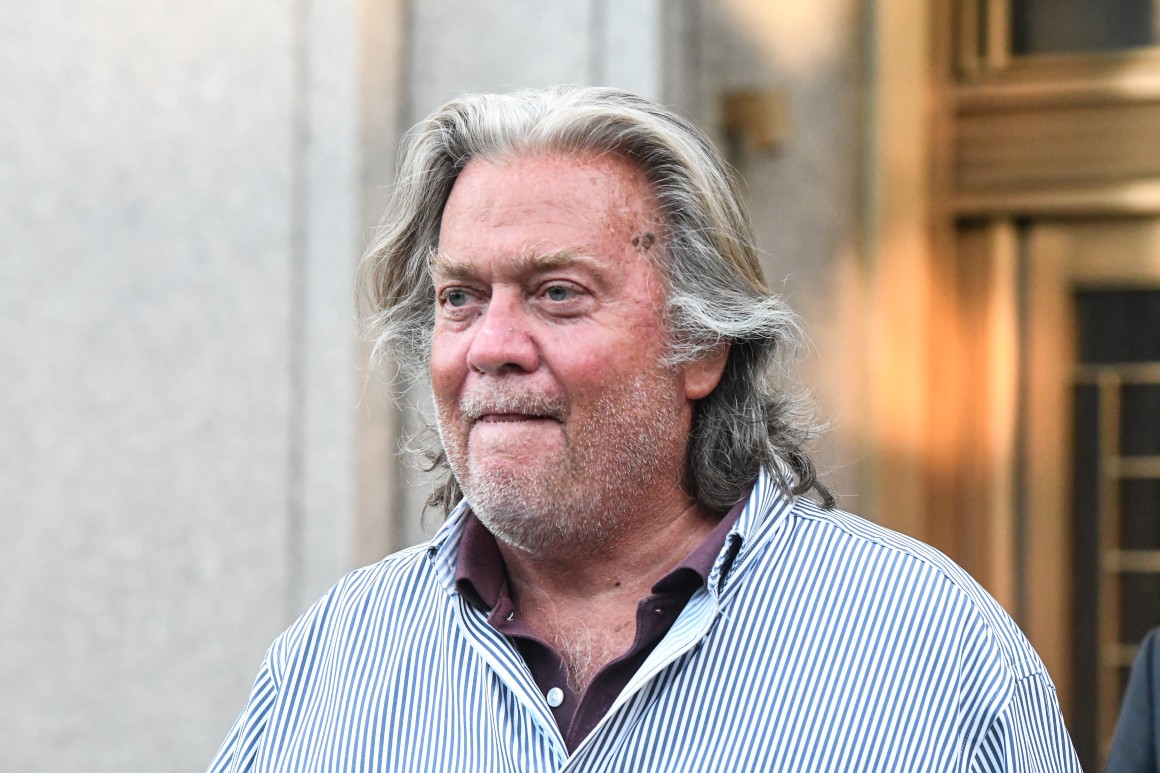 The last-minute clemency grant to Bannon, a right-wing firebrand and former Trump strategist facing trial on charges of swindling donors to a private group raising money for border wall construction, may prove to be the most controversial of the 73 pardons and 70 commutations Trump granted late Tuesday.

Trump’s pardon of Bannon may also have an unintended effect on his upcoming impeachment trial in the Senate on a charge of inciting the Jan. 6 insurrection at the Capitol. While Trump did not issue a self-pardon covering his own actions that day, and he turned aside pardon requests from others accused of inciting or participating in the assault on Congress, Bannon was also among those who stoked anger in advance of the riots.

“All hell will break loose tomorrow. It will be quite extraordinarily different. All I can say is strap in,” Bannon said on his “War Room” podcast on Jan. 5. “Tomorrow is game day. So many people said, man, if I was in revolution I would be in Washington. Well, this is your time in history.”

Bannon frequently used similar wartime imagery to urge Trump supporters to contest the 2020 election results. He has also been a frequent antagonist of Sen. Mitch McConnell, the Republican leader, most notably when he helped propel the doomed candidacy of Republican Roy Moore — derailed by sexual assault allegations — over McConnell’s preferred candidate Luther Strange in an Alabama special election.

With Trump’s impeachment trial looming, the Bannon pardon could push some Republican senators toward convicting Trump and potentially banning him from running for president again, but will probably be seen as less provocative than would a self-pardon or pardons for his closest family members.

Trump’s wave of clemency included a broad range of beneficiaries, from nonviolent drug offenders sentenced to lengthy jail terms, to the man whose relationship with Russian spy Maria Butina ignited a Washington firestorm, to the wealthy doctor accused of paying bribes to Sen. Bob Menendez (D-N.J.). The grants of clemency mark an extended run of post-election pardons and commutations that have skewed heavily toward protecting or rewarding Trump’s political allies.

For Bannon, the pardon represents his full return into the Trump fold after a bitter falling-out in 2018. Bannon gave incendiary and damaging interviews to author Michael Wolff about the Trump family. He also provided testimony to special counsel Robert Mueller that fueled some of the obstruction of justice claims against the president during the Russia investigation.

The clemency grants late Tuesday also included a pardon for Elliott Broidy, the GOP donor and Trump inaugural organizer who was awaiting sentencing after pleading guilty in October to conspiring to violate foreign lobbying laws on behalf of Chinese and Malaysian interests. 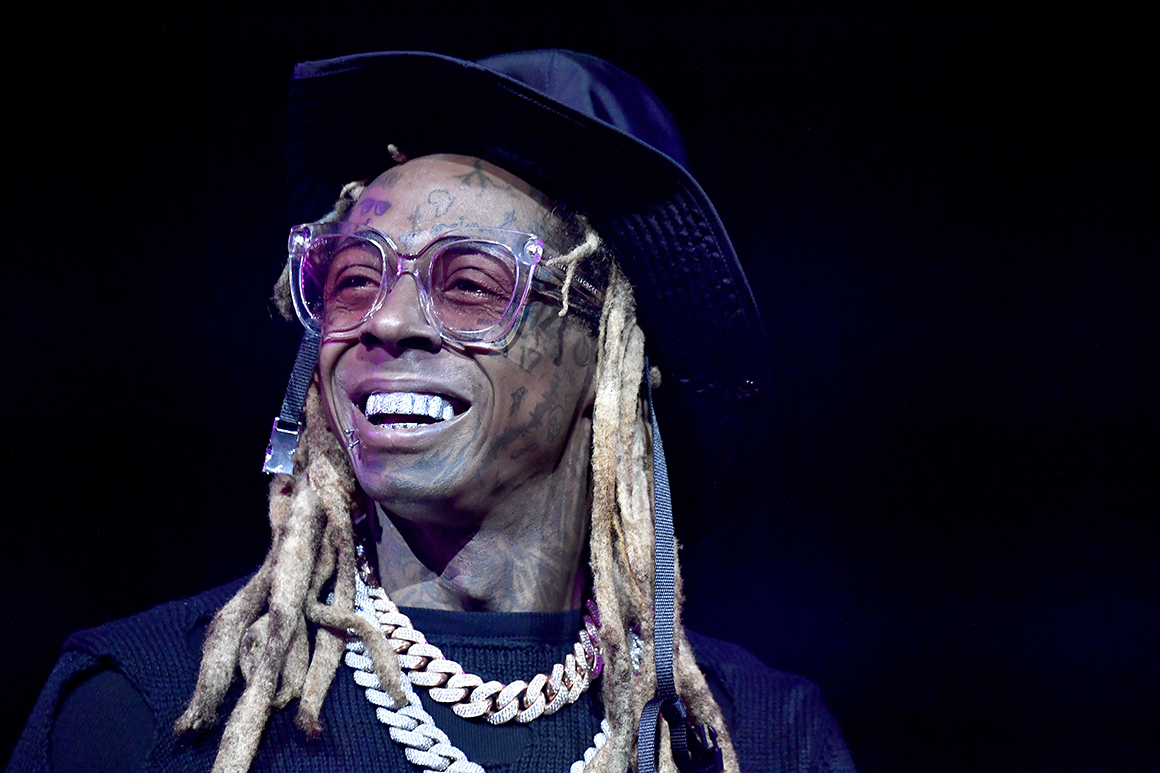 While passing up the chance to attempt a legally dubious self-pardon, Trump also omitted from the clemency list his family members, as well as officials at the Trump Organization whose activities have been closely scrutinized by federal prosecutors. There was also no preemptive pardon for Trump’s personal attorney Rudy Giuliani, who gave an inflammatory speech before the Capitol riot and has also been investigated by the feds in connection with his work for overseas interests.

Trump did sign commutations for former Mayor Kwame Kilpatrick of Detroit, a Democrat serving a 28-year term for corruption, and the rapper Kodak Black, who was doing nearly four years in prison on weapons charges. Another rapper, Lil Wayne, received a full pardon on the gun charge on which he was to face sentencing soon.

Among other notable grants: pardons for former Rep. Rick Renzi (R-Ariz.) and former Rep. Duke Cunningham (R-Calif.), both of whom had completed prison sentences; a commutation for professional gambler Billy Walters, who was sentenced to five years in prison for insider trading; and pardons for Fashion Cafe founder Tommaso Buti, who has never returned to New York to face fraud charges filed back in 2000, and D.C. developer Doug Jemal, who was convicted of wire fraud in 2006.

Trump also granted an outright pardon to Bob Zangrillo, a Miami developer awaiting trial on charges stemming from the Varsity Blues investigation into bribery and fraud in the college admissions process. He allegedly paid $250,000 to have his daughter falsely designated as a competitive crew recruit at the University of Southern California.

Zangrillo’s “daughter did not have others take standardized tests for her and she is currently earning a 3.9 GPA” at USC, the White House’s explanation of the pardon said.

Trump also rewarded some of his congressional allies who joined his challenges to the 2020 election, like Sen. Tommy Tuberville (R-Ala.). The newly elected senator sought and won a pardon for former Alabama state Rep. Ed Henry, who pleaded guilty to theft of government property last year. The president also pardoned Johnny Phillips, convicted in 2016 along with nine others, for perpetrating a $14 million Ponzi scheme.

But some grants went to allies of Trump’s political opponents. He commuted the 17-year sentence of Salomon Melgen, a South Florida eye doctor who was convicted of extensive health care fraud. Melgen is a close friend of Sen. Bob Menendez (D-N.J), and the two men were co-defendants in a bribery case that prosecutors eventually dropped.

Trump did not grant pardons to three men charged alongside Bannon in the same criminal case stemming from their role in the “We Build the Wall” group. Some legal experts said that while Bannon has now slipped through the hands of federal prosecutors, his actions could still face scrutiny and potential charges from state prosecutors. A presidential pardon does not preclude state charges.

While Trump did issue dozens of commutations to drug convicts serving long sentences whose cases were highlighted by criminal justice reform groups, the tally of such cases will account for just a tiny fraction of such grants by President Barack Obama, whose administration actively solicited commutation requests from prisoners.

Other presidents have similarly saved a wave of pardons and commutations for the final moments of their presidency — including Bill Clinton pardoning his half brother, Roger, for a 1985 cocaine conviction — though Trump has shown a particular zeal for doling out executive clemencies to his political allies and those with influential cheerleaders who have the president’s ear. Trump has largely circumvented the formal Justice Department process to evaluate these cases, leading many clemency-seekers to take their pitch directly to the president.

One figure loosely connected to the Russia probe won a full pardon in Trump’s final batch: the GOP consultant and gun-rights activist Paul Erickson. Erickson’s girlfriend, Maria Butina, pleaded guilty to acting as an unregistered foreign agent for her efforts to court the National Rifle Association on behalf of her native Russia. Erickson was never charged in that case, but he was hit with unrelated fraud charges and wound up being sentenced to seven years in prison.

Erickson’s pardon was supported by former Trump adviser Kellyanne Conway, according to a statement from the White House. “This pardon helps right the wrongs of what has been revealed to be perhaps the greatest witch hunt in American History,” the statement said.

Tuesday night’s final wave brings Trump’s total pardons granted to 143 and his commutations to 95. President Barack Obama granted 212 pardons and more than 1,700 commutations, and President George W. Bush issued 200 combined acts of clemency, though both men had two terms, compared with just one for Trump.

Nick Niedzwiadek and Quint Forgey contributed to this report.

Source: https://www.politico.com/news/2021/01/20/trump-pardons-exits-white-house-460586
Droolin’ Dog sniffed out this story and shared it with you.
The Article Was Written/Published By: Josh Gerstein and Kyle Cheney