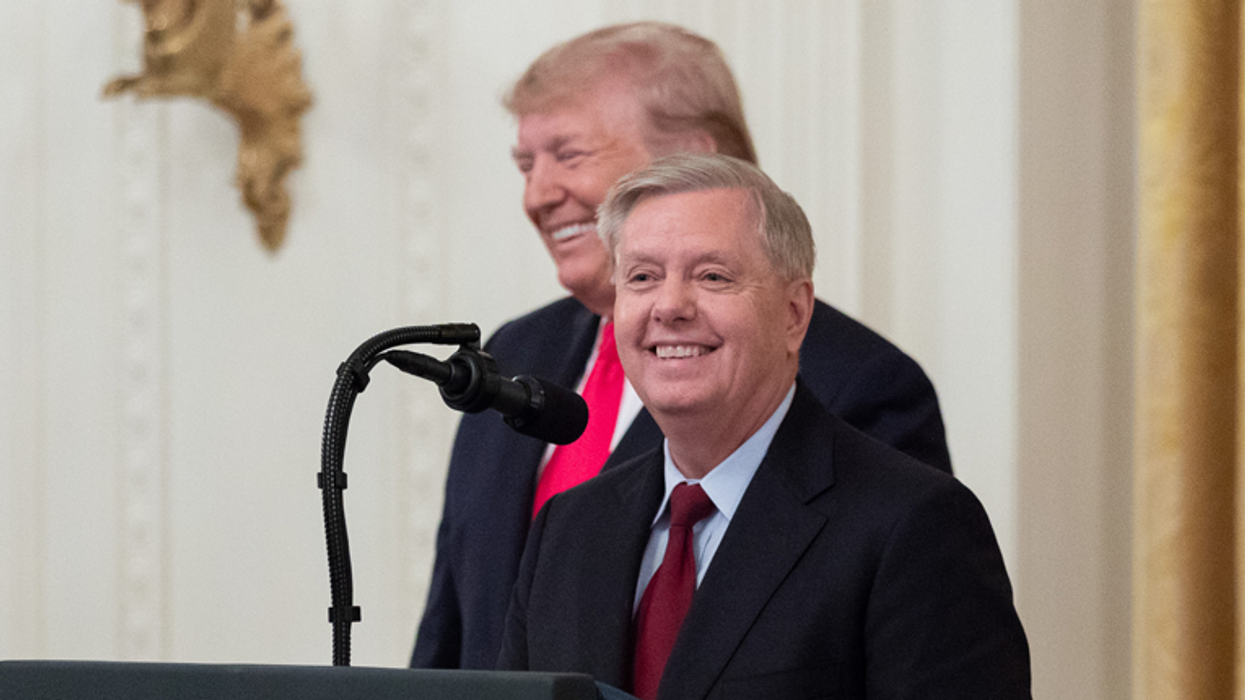 Sen. Lindsey Graham (R-SC) was hammered on Twitter in Sunday morning after posting a letter he sent to Sen. Chuck Schumer (D-NY) asking that there be no impeachment trial of Donald Trump for sedition, saying the country needs to “heal.”

According to the South Carolina Republican who is now a part of the minority party in the U.S. Senate,” after the 2020 election, “The Senate should vote to dismiss the article of impeachment once it is received in the Senate. We will be delaying indefinitely, if not forever, the healing of this great Nation if we do otherwise.”

As might be expected, critics of Trump and Graham were in no mood for Graham dictating what happens next — as you can see below:

@LindseyGrahamSC Oh look, the cancer has thoughts about healing.

@LindseyGrahamSC We don’t negotiate with cowards and terrorists

@LindseyGrahamSC Hey Lindsey Graham, you didn’t give a shit about “HEALING” when you and your GOP comrades were rus… https://t.co/tLFDn9tWMF

@LindseyGrahamSC What do they have on you? https://t.co/JXrjPgzYBR

@LindseyGrahamSC The Senate should censure and consider expelling you for your role in undermining our democracy.… https://t.co/VBNH28Lawk

@LindseyGrahamSC You wailed about Benghazi for FIVE YEARS but you’re ready to dismiss more deaths on American soil after two weeks?

@LindseyGrahamSC You helped incite the right wing attack on the Capitol. You put everyone’s life in danger. Resign.… https://t.co/mAhRTCGKOf

@MingGao26 @LindseyGrahamSC I can’t wait for your indictment.

Source: https://www.rawstory.com/you-wailed-about-benghazi-for-five-years-lindsey-graham-buried-for-demand-impeachment-be-set-aside/
Droolin’ Dog sniffed out this story and shared it with you.
The Article Was Written/Published By: Tom Boggioni