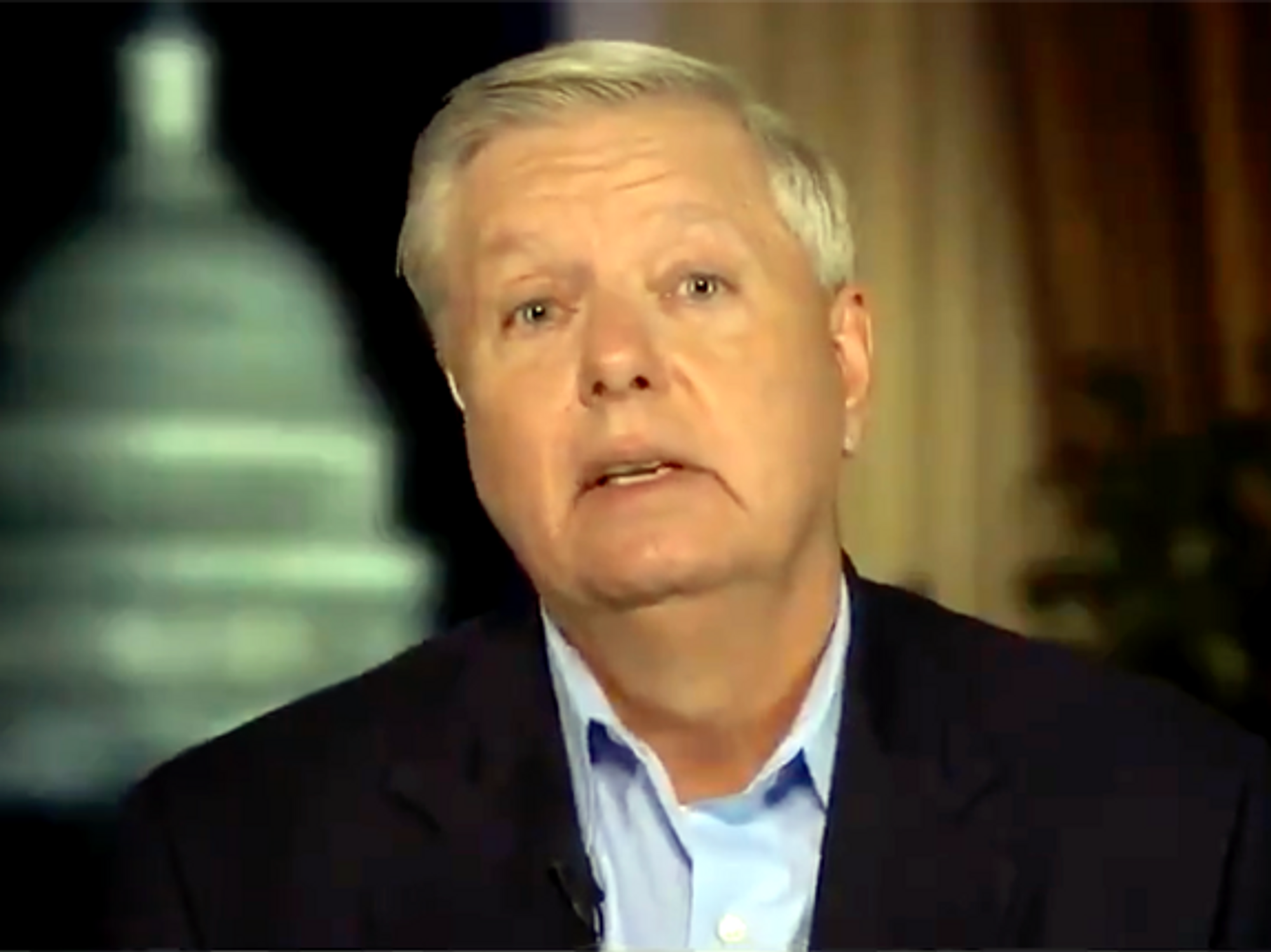 A panel discussion on MSNBC’s “The Sunday Show” erupted into laughter on Sunday morning after journalist Connie Schultz — wife of Sen. Sherrod Brown (D-OH) — dismissed any discussion about Sen. Lindsey Graham (R-SC) as “irrelevant” now that he lost power after being relegated to the minority party in the Senate.

Joined by fellow panelists Donna Edwards and Naval College professor Tom Nichols, the Pulitzer Prize winner and the other two guests were asked by host Jonathan Capehart about Graham’s recent comments about a post-Trump America.

“Donna, to talk about your reaction to what Senator Graham had to say about proceeding with the impeachment trial,” Capehart asked.

“Well, I think Senator Graham is actually in the least position to declare what the Congress, the Senate should do or not,” the former Democratic lawmaker replied. “The reality is that this president was impeached by the House of Representatives already and it’s the obligation of the United States Senate to hold him to account and to push for a conviction so that they can make sure that he never again holds public office.”

Chiming in, Nichols added, “I think we shouldn’t spend a lot of time worrying about what Lindsey Graham thinks because that seems to change based on the time of day. This is the same Lindsey Graham who had said he had enough, it was over, he couldn’t do it anymore. Then the next day he was on Air Force One with the president. So, other than that he’s obviously voting against conviction, I’m not sure that we get very far trying to parse the inner logic of Lindsey Graham’s position on anything.”

Presses for a comment, Schultz stated, “I think Lindsey Graham changes his viewpoint quite regularly at this point. The people he needs to be talking to are people that can help him with this disorder.”

“He’s irrelevant, he’s in the minority and I’m done listening to him,” she added to laughter from the host and her fellow panelists.

Source: https://www.rawstory.com/bank/lindsey-graham-2649983314/
Droolin’ Dog sniffed out this story and shared it with you.
The Article Was Written/Published By: Tom Boggioni