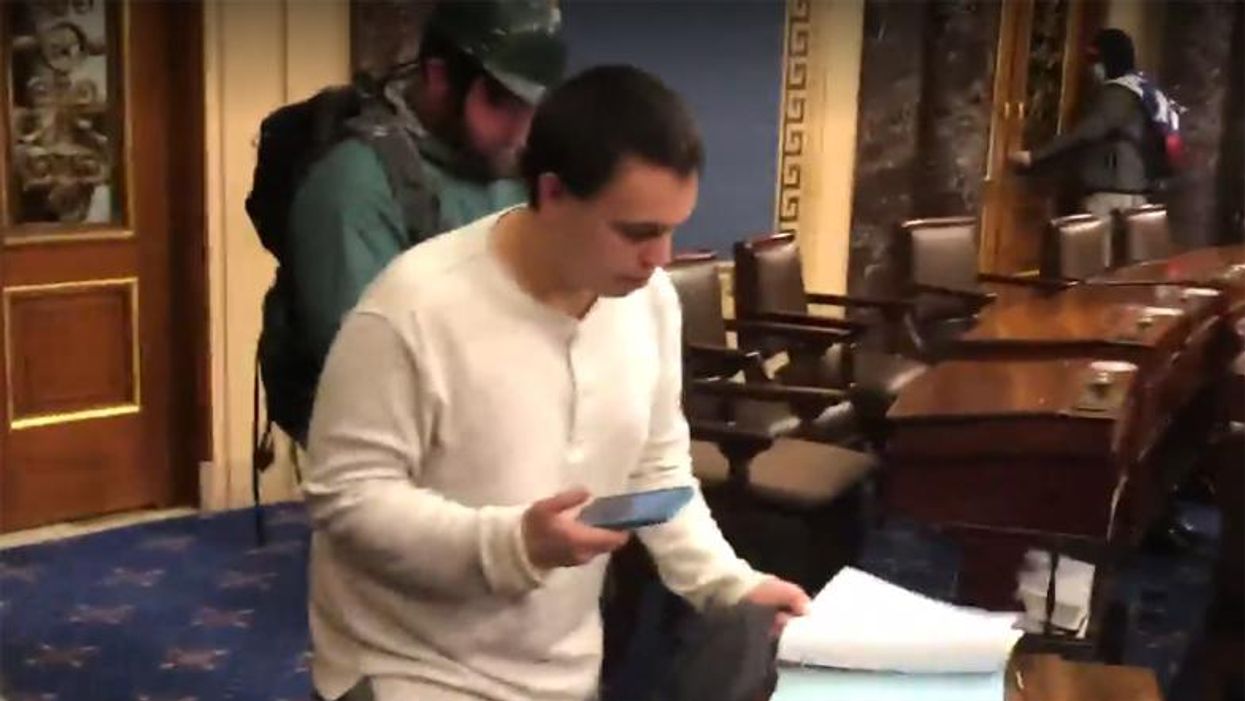 In video captured by a New Yorker reporter, pro-Trump insurrectionists are filmed rifling through documents left behind by lawmakers who fled for their lives and using their phones to take pictures of what they found while others trashed the place.

The video, filmed by Luke Mogelson shows the chaos on the floor during the Jan. 6th invasion with one man yelling, “Where the f*ck is Nancy?” as others chanted “treason.”

In the video, one man tells a Capitol policeman, “You’re outnumbered. There’s a f*cking million of us out there, and we are listening to Trump, your boss!”

Source: https://www.rawstory.com/capitol-riot-2649981661/
Droolin’ Dog sniffed out this story and shared it with you.
The Article Was Written/Published By: Tom Boggioni